Is San Marino a Country? - Answers 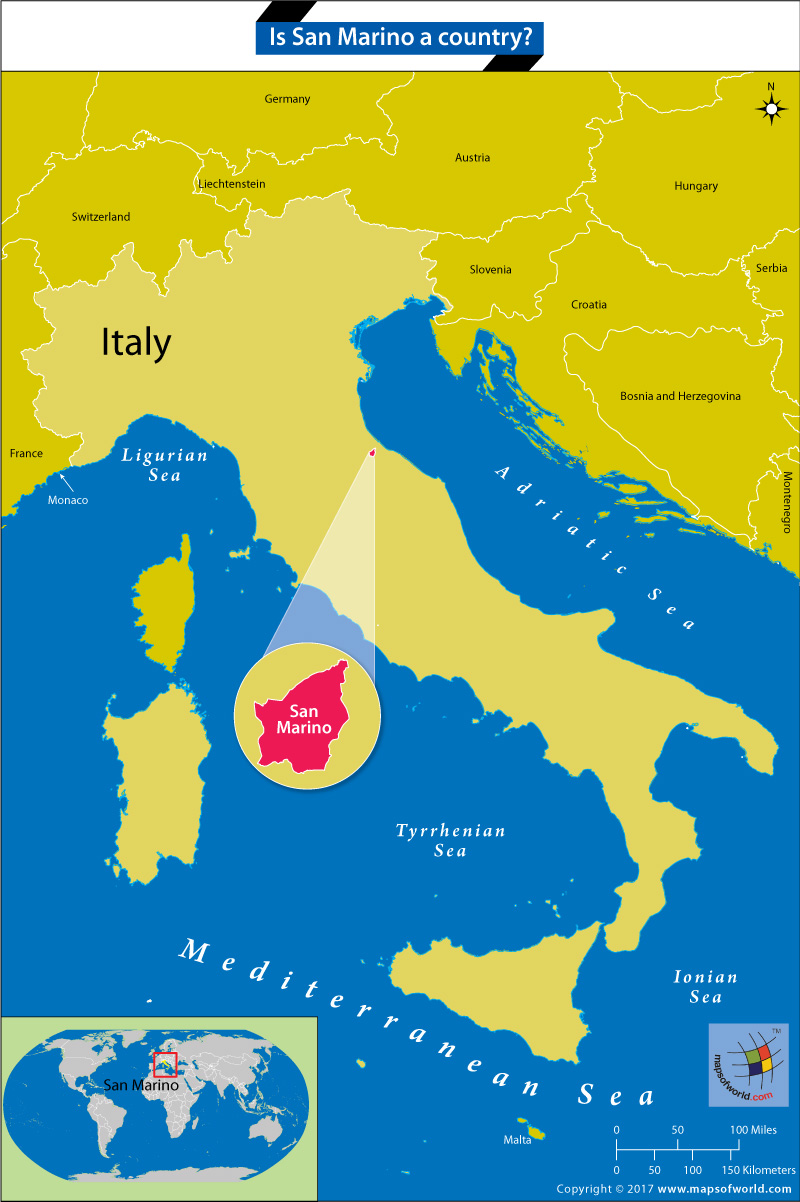 Yes. San Marino, officially known as the Republic of San Marino, is an independent country.

San Marino is a microstate and happens to be the world’s fifth smallest and Europe’s third smallest sovereign state. The oldest country in Europe is a landlocked country surrounded by Italy on all sides. The country’s Constitution was written in the 16th century and remains the oldest Constitution in the world.

The City of San Marino is the capital, and Dogana is the largest city in the country, with 21% of the population living there. The country is divided into nine municipalities.
The total population is 32,448 (2013 est.) and population density is 1,339 per square mile. A majority of the population are Christians with 97% being Roman Catholic, 1.1% Protestants, 0.7% other Christians, 0.1% Judaism, 0.1% Others and 0.7% with no religion. The official language is Italian, but Emiliano-Romagnolo is also spoken widely.

San Marino is a member of the European Union, and its currency is the Euro. The country’s economy is closely linked to Italy along with its foreign policy. Visitors from neighboring Italy mostly support the tourism industry.

San Marino’s economy remained stressed for six years during the global recession years but is now showing signs of improvement. The banking system which suffered due to high Non-Performing Assets has been improving its finances since 2014 when reforms were introduced with a capital infusion from the government. The current deficit is expected to be around ½ per cent of GDP, and Public Debt has reduced to 19% of GDP from its peak level of 21%.