What are the popular places to visit in Manila, Philippines? - Answers

Some say chaotic, others say jocund, Manila – the capital of the Philippines with the historical district of Intramuros – is a place that leaves its visitors astound. This often-belittled city is quite confusing due to the absence of a determinable center. Yet, it abounds in various types of attractions that have fascinated tourists and travelers from a long time. The city has both natural as well as man-made tourist magnets. It is also popularly known as the ‘Pearl of the Orient’ for the splendid attractions that the city offers.

The city is sited on the eastern shore of the Manila Bay in the Philippines. The best way to reach the city is to fly to the Manila Ninoy Aquino International Airport. Within the city, you can travel by bus, jeepneys (small bus made on the chassis of jeep), and taxis. 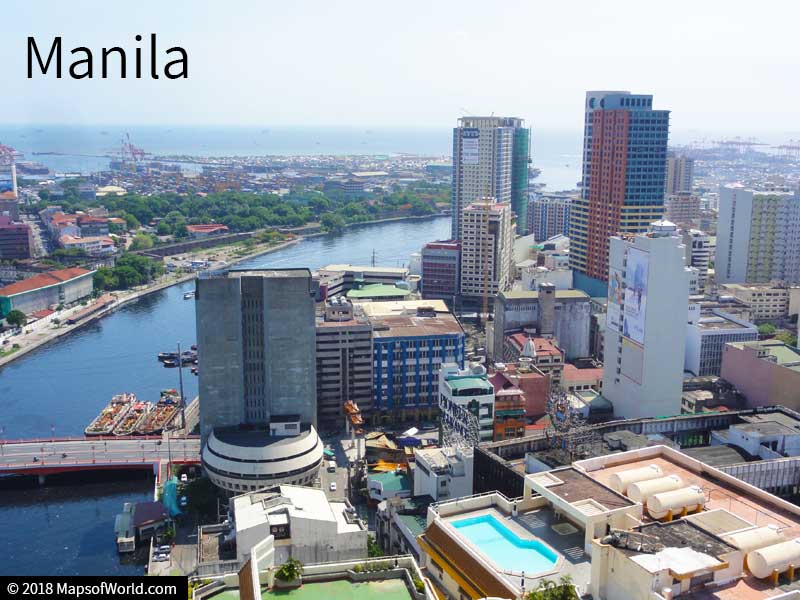 Places to Visit in Manila

Apart from historical and religious sites, Manila also has many museums, parks, and squares. The must-visit places in the city are:

Rizal Park: The Rizal Park in the city has a strong historical significance. It served as the execution ground for the Spaniards. The park is ideally located at the northern end of Roxas Boulevard. It is 500 meters (1,640 feet) long and 250 meters (820 feet) wide. It lies next to Intramuros, overlooking the famous Manila Bay. This park was previously known by the names of Luneta and Bagumbayan. It has beautiful gardens, fountains, a grand stadium, plazas, an open-air concert hall, an observatory, a light-and-sound theater, an artist’s sanctuary, and restaurants.

San Agustin Museum: The San Agustin Museum is located in Intramuros in the city. Originally, the museum was a monastery which was used by the Augustinians. It is spread across two floors. The shape of the museum in Manila is that of a square. It has a huge courtyard in the center. There is a huge bell weighing 3,400 kg (7495 pounds).

Metropolitan Museum of Art: The Metropolitan Museum of Art is one of the prime tourist attractions of the city. This museum is known for its exquisite collection of artworks. You will get to see both traditional and contemporary artworks over here. There are four exhibit halls that display, viz., contemporary arts, architectural design works, urban planning works, and fashion works. The museum also possesses an ancient ‘Pottery Gallery’ and ‘Gold Gallery’ at the basement level. They have exhibits that date back to 220 BC.

Casa Manila: This museum provides a glimpse of the city, from the 19th century when it was under the dominance of the Spanish invaders.

Manila Cathedral: Constructed in 1951, this cathedral is one of the major attractions in the capital city of the Philippines. The cathedral is best visited during the afternoon when the rays of the sun fall directly on the stained glass panes and present a spectacular sight to the visitors.

Malacanang Palace: It is a historical landmark in the city as it is the official residence of the President of the country.

San Agustin Church: This is an ancient church in the city that has a museum in its premises along with a lavishly-spread garden.

The Chinese Cemetery: This is an extremely interesting place to visit in the city. Visiting this place gives a clear idea that the Chinese believe in life after death.

Manila Ocean Park: This oceanarium has about 14,000 sea creatures, covering 277 species which are indigenous in Southeast Asia. The water used to sustain the marine life here comes from the Manila Bay. The oceanarium is divided into 7 sections and has three thousand cubic meters of seawater.

National Museum of the Philippines: This institute is the repository of the cultural and natural heritage of Philippines. It also hosts programs, catering to domains of culture, education, and sciences, that instill pride and awareness about Philippines’ culture.

Manila Cathedral: It is dedicated to the Blessed Virgin Mary. It is also considered to be the Mother Church of the Philippines. The cathedral has been destroyed several times in the past since it got built in 1581. Its current and the eighth structure got finished in 1958.

Intramuros: This historic walled area, stretched across 0.67 square kilometers (0.26 sq mi), impresses through its architecture. It also served as the government seat during the Spanish Empire.

Divisoria Market: This is often considered as the one-stop shop and all-around market of Manila. Its wholesale and retail stores are popular among tourists and locals alike.

Manila Museums: Manila museums throw a deeper light on the art and culture of the city. There are a large number of museums in Manila, theme of which vary from the contemporary art, architecture and design, science and technology, history and culture to sculpture. Not only the tourists but a number of historians and architects from various corners of the world visit these museums. Some of the well-known museums of the city are National Museum (Old Congress Building), Apolinario Mabini Shrine, CCP Museum and Galleries, UST Museum of Arts and Sciences, Casa Manila Museum, Metropolitan Museum of Manila, Bahay Tsinoy, and Coconut Palace.

Parks and Gardens in Manila: The parks and gardens in the city are visited by a large number of locals as well as tourists especially during evening time. Some of the parks are also used for picnics. A few of them have facilities like restaurants, children’s play area, and stalls. The Manila parks and gardens have been beautifully maintained with trees and small plants dotting the park area. Some of the well-known parks and gardens of Manila City are Father Blanco’s Garden, Japanese Garden, Paco Park, Greenbelt Park, Chinese Garden, Luneta Park, and Fort Santiago.

The best time to visit the city is from January and February, when the weather is cooler and the crowds of the Christmas season have vanished.

Which are the famous attractions in the city of Manila?