What are the popular places to visit in Amsterdam? - Answers

Not many cities in the world have the same class, grandeur, and the innate brilliance that is reflected in Amsterdam. The Dutch capital is known for its joyful spirit. The fact that at any time you would find more tourists in Amsterdam than local residents is a testimony to the city’s richness and culture. The Amsterdam Canals, 17th-century buildings, the old-world charm, and the artistic wonders strewn all around the city have effortlessly upped its popularity quotient.

The capital city of The Netherlands, Amsterdam is situated towards the western coast of the country. 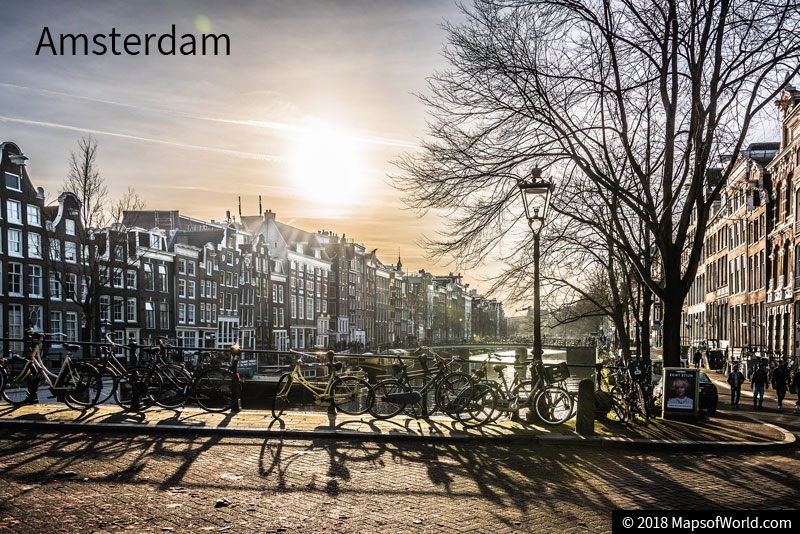 Places to Visit in Amsterdam

Amsterdam has a large number of tourist attractions – worthy of your visit – and out of those, there are some that you just can’t afford to miss.

Canals of Amsterdam – The most popular tourist attraction in all of Amsterdam, or maybe even The Netherlands, the Canals enjoy the prestigious status of a UNESCO World Heritage Site (2010). It is technically known as the Seventeenth-Century Canal Ring Area of Amsterdam. The 17th century-buildings on either side of the canals reflect modest beauty.

Hermitage Amsterdam – State Hermitage Museum’s biggest satellite museum, the Hermitage Amsterdam, is situated along the bank of River Amstel. Over three million artifacts housed inside the museum primarily depict the history and the positive ties between the Netherlands and Russia.

Van Gogh Museum – The museum has an amazing collection of the works of the post-impressionist Dutch painter Vincent van Gogh. The museum, dedicated to his works, attracts more than 1.5 million art lovers every year.

Rijksmuseum – This is country’s prime National Museum where Holland’s history, since the Medieval Ages, is illustrated. At Rijksmuseum, you can admire the top picks from the Dutch Golden Age, including Johannes Vermeer’s ‘TheMilkmaid’ and Rembrandt van Rijn’s ‘Night Watch.’

Things to Do in Amsterdam

Cycling is a way of life in Amsterdam. The favorite activity of the locals and the visitors is riding a bicycle on the squeaky-clean streets and traversing the length and breadth of the city.

When you visit the Amsterdam Canals, you know how they look and feel from a distance. But the real fun begins when you get into a houseboat, float on the waters, and behold the surrounding buildings. The houseboats come with bedrooms, washrooms, living rooms, kitchens, and sometimes a terrace.

Shopping around Amsterdam is quite a pleasure. To lay your hands on some of the renowned luxury watches and gorgeous diamonds, visit Gassan Diamonds. Head to the shopping hubs such as P.C. Hooftstraat and Leidseplein square where you can find the best international designer brands.

A glittering city like Amsterdam has a fine range of quality accommodations. The Hotel Okura Amsterdam, Hilton Amsterdam, and InterContinental Amstel Amsterdam take care of the high-end travelers. While Hotel Seven One Seven, Park Hotel, Hotel Arena, The College Hotel, and The Toren are ideal as mid-range stays, you can easily settle down at Hotel Fita, Amsterdam Wiechmann Hotel, Hotel Piet Hein, Hotel Allure, and Hotel Victorie if staying on a budget is on your mind.

The best time to visit Amsterdam is during the spring months between March and May.

By Air – The Schiphol Amsterdam Airport is the premier international airport of the Netherlands and is about 13.5 miles from the city center. It is not more than a 20-minute drive to the airport.

By Train – The Amsterdam Central railway station is situated in the heart of the city and is a major railway hub. It is connected to all major cities of the Netherlands.

By Road – The city has a world-class road network and means of transportation that makes traveling around the city a smooth affair. However, riding a bicycle is considered the best way of exploring the city.