What Countries and Territories have Portuguese as the Official and Co-official Language? - Answers

Click me
Answers » Language » What Countries and Territories have Portuguese as the Official and Co-official Language?
5/5 - (5 votes)
5/5 - (5 votes) 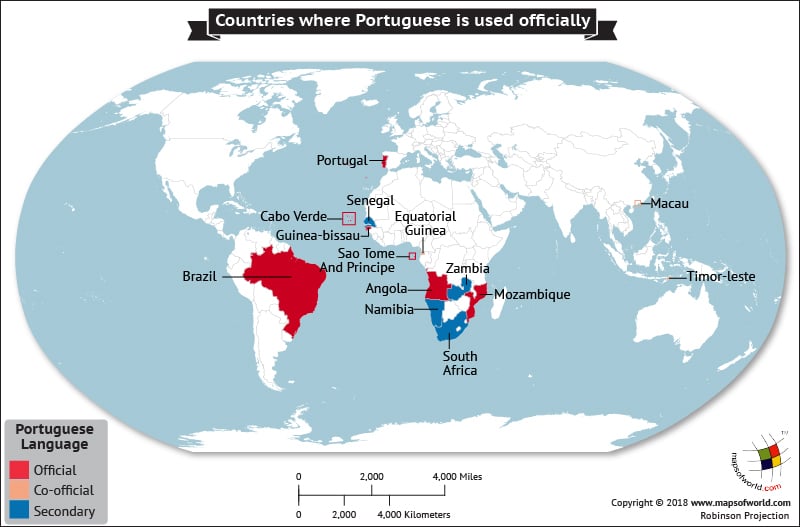 Portuguese, a romance language, is a widely spoken language in the world. According to estimates, the total number of Portuguese speakers stands at 260 million. In terms of native speakers, Portuguese occupies sixth place in the world. Portuguese is spoken mostly in parts of the world where the Portuguese rule prevailed. Speakers of the language can be found in the state of Goa and the Union Territory of Daman and Diu in India; Batticaloa in Sri Lanka, Flores in Indonesia, and Malacca in Malaysia. However, Portuguese is also the official and the co-official language of quite a few nations around the world.

Meanwhile, there are four nations where Portuguese is the secondary language. These are located in Africa and include Senegal, Namibia, South Africa, Zambia.

Following table represents the countries where Portuguese is the official, co-official, and secondary language.