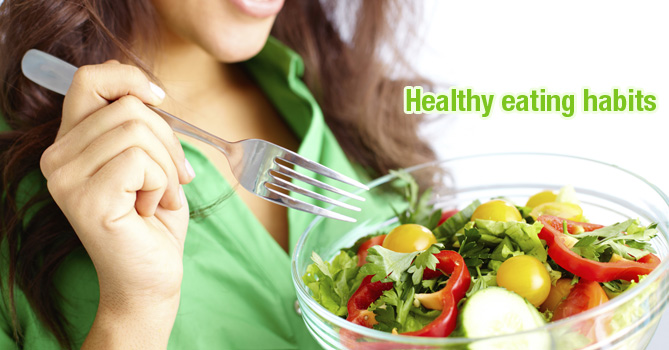 A healthy diet is imperative for the overall well being of the body. A healthy balanced diet offers a whole lot of benefits such as controlling a number of diseases and weight and boosting energy. A healthy diet can also lead to a longer lifespan. But at times, along with a healthy diet, it is also the unique way in which we partake the meals that make it nutritious and healthy. Let us take a look at a few countries where people follow a particular regime or diets that make them so healthy as compared to others.

Japan has a very low obesity rate (around 4 percent) and very high life expectancy, which is reported to be around 84. One reason for why people of Japan live so long is because of the healthy eating practices. The Japanese follow a philosophy – hara hachi bunme. This philosophy instructs people to eat until they are 80 percent full. So, they rarely overeat and it is a known fact that overeating leads to obesity. Apart from this, they relish sushi, which is a good source of omega 3 fatty acids. It is said to be good for the heart and brain. The Japanese diet is low in fat and comprises fruit and sea vegetables such as seaweed, which helps to maintain a healthy body.

In a 2014 Oxfam’s study, Netherlands was rated as one of the healthiest country. Though the Dutch love to cycle a lot, they also follow a healthy diet that enables them to keep in shape. The country is well known for its cheese, which is reported to be good for health. Netherlands has a high ratio of vegetables to meat. Here a variety of tillage-based crops are eaten such as Cabbage, Kale and Brussels sprouts. They also consume a lot of fish and one of the popular ones in herring, which is eaten raw. The traditional dish of Netherlands is known as Stamppot. This healthy and well balanced diet comprises mashed potatoes and vegetables, along with a small serving of meat.

It can be said that Chinese are healthy and far from obese due to the way they eat their food. Chinese rely heavily on chopsticks to eat their food. Eating one’s food with chopsticks can decrease the amount of food intake as here the person eats slowly. Research shows that eating slowly will lead to reduced calorie intake, while there are increased chances that those who eat at a very rapid rate are likely to have cardiovascular disease and would be obese. Smaller mouthfuls also tend to get chewed better making it easier for digestion. The Chinese also consume lots of grains, vegetables and fruits.

The French are famous around the world for their delectable cuisines. But French food is at the same time very nutritious and this is revealed by the fact that just one in 6 of the French population is considered obese. The excellent health of the French people is due to the fact that they follow a rigid schedule. The people of France are taught to appreciate fine food from a very young age and this habit stays with them as they grow older. The French strictly take three meals a day – breakfast, lunch and dinner – with no snacks between meals. The French eat their food slowly and have very small portions, which aids in digestion.

Italy also has a very low obesity rate and that has a lot to do with the healthy eating habits. Just like the French, the Italians too eat slowly which aids in digestion and here meals are also known to last a much longer time than in many other countries because for them meals provide a quality time with family and friends. Another aspect is that they follow two rules they eat locally and they eat seasonally. The Italian diet features a lot of natural foods. They prefer fish and consume a lot of fruits, pasta rice, beans, vegetables, bread and nuts and a variety of unprocessed fresh foods.

The Swedish diet is known to be healthy. The popular term Smorgasbord originated in Sweden. This term implies a buffet where many different items are served such as salads, meats, pickled items and many other multiple hot and cold dishes of food on a table. Though various foods on the table help one savor various tastes and flavors it also helps the person in obtaining the most nutrients possible.

Apart from the Smorgasbord, Sweden and the other Scandinavian countries consume the rye bread. This is in fact a staple of the traditional Swedish cuisine and has tons of fibre. Dill, which is a herb, is extensively used in Nordic cooking. This herb is a natural anti bacterial, helps in digestion and improves bone health. Swedes popularly call dill the ‘King of herbs’. They mix it with cumber to prepare salad.

Some may argue that the Indian dishes contain a lot of spices. But, apart from adding a delicious and attractive tinge to your dishes, spices also come with loads of health benefits. It is said that herbs and spices like Cayenne pepper, turmeric, ginger, garlic, thyme, rosemary, cloves and cinnamon help in combating many diseases and also in lowering cholesterol.

The Greeks are also quite fond of olive oil and make frequent use of it. It is a good source of Omega 3 fatty acids, a popular healthy fat. Apart from this, the Greeks consume lots of vegetables, which is good for health. In Greece, vegetables and legumes form not just a part of the side dishes but are an important element of the main meals. Many Greeks consume vegetables as the main dish around 2 to 3 times a week. They also drink lots of water.