What US states had most car accidents? - Answers 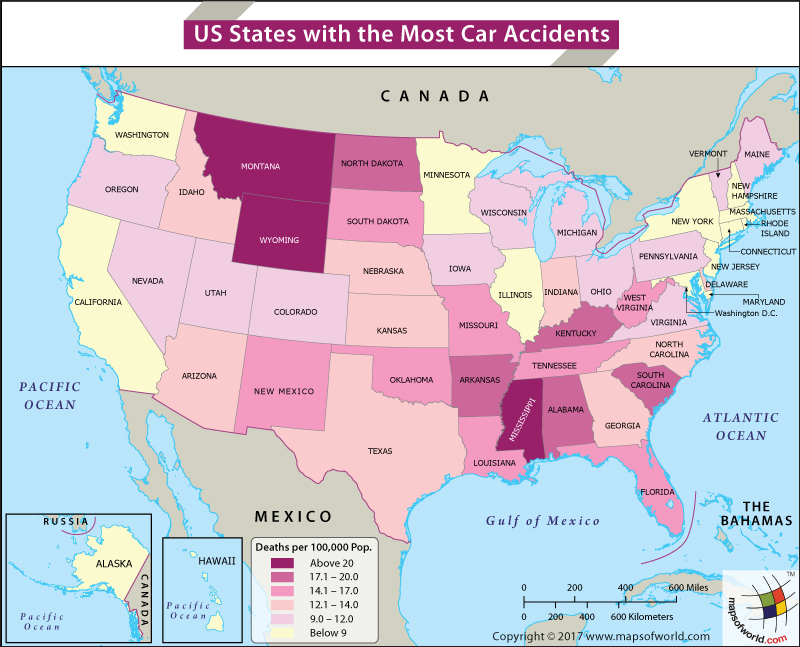 There were a number of reasons attributed to the rise in the rate of car crashes. One report by the National Safety Council stated that in the last year, overall driving distances had become longer, a direct consequence of a reduction in gas prices. The report also highlighted the fact that the level of distraction amongst drivers is more than ever – it’s all too common for drivers to use their phones and social media while driving despite new laws in many areas making it illegal. These can be potent factors leading to an uptick in car crashes.

An analysis of data released by the US Department of Transportation’s Fatality Analysis Reporting System (FARS) revealed that for 2015, 10.9 deaths occurred per 100,000 people, and there were 1.13 deaths per 100 million miles traveled.

Of all the states, Wyoming topped the list with the highest fatality rate at 24.7 deaths per 100,000 population, followed by Mississippi at 22.6 and Montana at 21.7. The lowest motor vehicle accident rate was recorded in District of Columbia at 3.4. In terms of death rate per 100 million miles traveled, South Carolina topped the list with 1.89 and Massachusetts at the lowest at 0.52.

The table below arranges data from the US Department of Transportation’s Fatality Analysis Reporting System (FARS) by state, from highest to the lowest motor vehicle crash death rate per 100,000 population, for the year 2015.