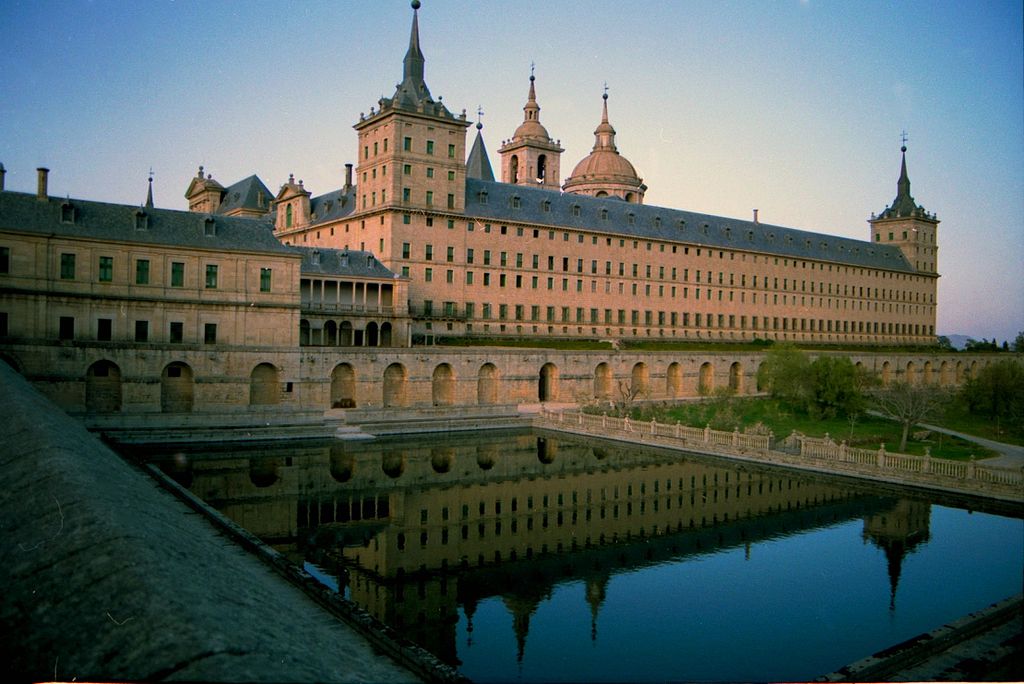 This Baroque-style beauty is undoubtedly one of the finest examples of the medieval Spanish architecture that leaves the visitors spellbound.

If you want to get an inkling of what Spain was like during its Golden Age, visit this Renaissance monument in San Lorenzo El Escorial. This Baroque-style beauty is undoubtedly one of the finest examples of the medieval Spanish architecture that leaves the visitors spellbound. Every chronicler of 16th-century El Escorial agrees that this stately architecture mirrors the illustrious history of Spain and preserves the memories of Spanish Civil War and the days of Spanish Monarchy.

The foundation of the structure was laid in April 1563 and it was completed in September 1584. Different anecdotes from Spanish folklore are associated with the purpose of building this residence of the King of Spain. UNESCO designated this structure as a World Heritage Site in 1984.

Things to Do/See in El Escorial

It takes at least half-a-day’s time to explore this 16th-century architectural marvel.

The Basilica – All the other architectural units in the El Escorial complex are located around this church designed by Juan de Herrera. The Basilica is considered a masterpiece from the Spanish Renaissance architecture. The Roman dome of the church stands on Corinthian columns. The Basilica comprises a Chapel, an altarpiece, the cenotaphs, a tabernacle, the reliquaries, and vaults. The prayer hall inside the church is inspiring enough to draw admirers from around the world to El Escorial.

Palace of Philip II – Situated close to the main altar of the church, this royal residence stands out by virtue of simple interiors of its rooms.

Hall of Battles – It is the best place to know a thing or two about the Spanish war triumphs through fresco paintings.

Art Gallery – This is where visitors get acquainted with the works of the German, Venetian, Italian, and Spanish school of art from 15th to 17th century.

Pantheon of the Princes – The place is notable, especially for the tomb of Prince John of Austria where white marble has extensively used in its floors and ceiling.

Architectural Museum – It has painstakingly preserved relevant documents and interesting materials related to the building of this complex.

When you are so close to Madrid, you are never too far away from famous tourist attractions either. Arrive in Madrid and visit Círculo de Bellas Artes, Royal Chapel of St. Anthony of La Florida, Park of the Pleasant Retreat, Museo Thyssen-Bornemisza, Museo del Prado, Basílica de San Francisco El Grande, and Palacio Real.

Where is El Escorial?

San Lorenzo De El Escorial is in Central Spain around 56 km from the capital city of Madrid.

By Air – The nearest airport to El Escorial is the Madrid-Barajas International Airport, which is around 71.5 km from the site and is an hour-long drive.

By Train – The Atocha Railway Station in Madrid is around 61 km from El Escorial. It takes an hour’s drive to reach there. Trains from Chamartin or Atocha stations reach San Lorenzo de El Escorial in an hour.

By Road – There are several buses that ply between San Lorenzo de El Escorial and Madrid.

You are never going to miss your native cuisine when you are in Spain. Le Vin De L’Assassin specializes in Mediterranean food; Lysverket is the place to dine if you are looking for Scandinavian dishes; Kilye Suvla Lokanta offers Turkish cuisines, and Culinaria Bistrot and Verjus are famous for Italian and American dishes. You can get the best of Spanish delicacies at DiverXo and Platea. There are several other eateries that serve fusion food.

Though it remains pleasant throughout the year, the best time to visit El Escorial is from March to June and September to October.