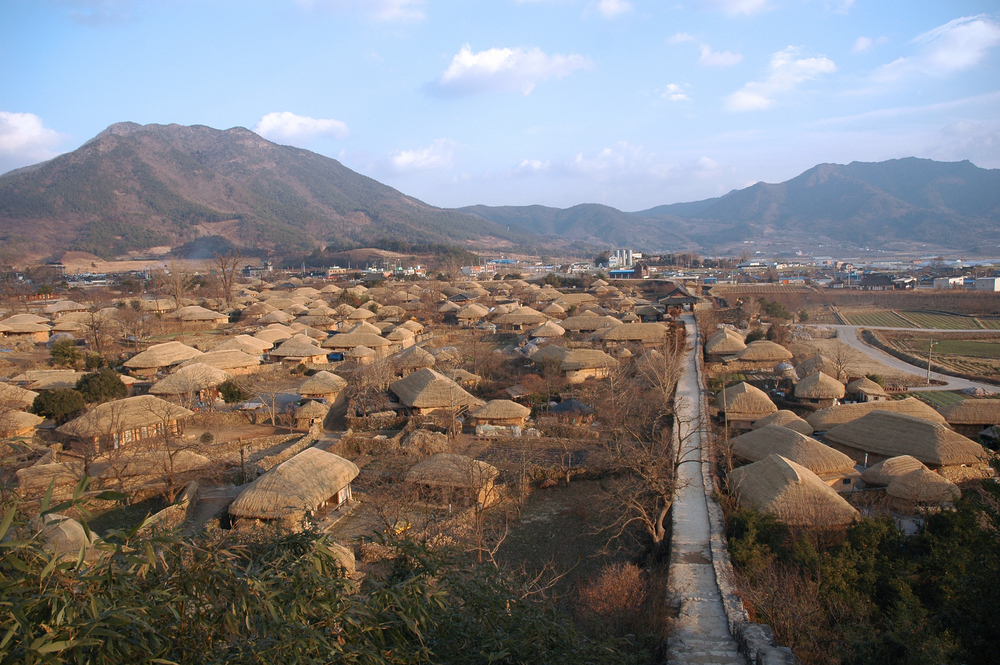 You rarely get to see places where history comes alive and well-preserved past tempts you to look back and wonder. The Korean Folk Village is a window to medieval Korea. Spanning an area of 245 acres, this open-air museum is probably the best introduction to Korean culture. Reminiscent of one of the world’s longest running monarchies, this village celebrates the age-old folklore, pastoral beauty, and yesteryear traditions. Visit historical museums, attend cultural events, don the traditional Korean attires, and ride on the palanquins used in the plays enacted at this Village. For every traveler, coming to this folk village, is a race against time as there’s so much to see and do.

Korean Folk Village was inaugurated on October 3, 1974. This open-air folk museum was conceptualized around the theme of Joseon Dynasty of Korea, which lasted from 1392 to 1897 AD.

Things to do in Korean Folk Village

You can not afford to skip the flurry of festivals and events held in the Village throughout the year. Seasonal events like Cold Winter Rural Home Tales (December-January), The Play From Those Old Days (February-March), Welcome to Joseon (April-May), Maternal Grandfather’s Home in Summer (July-August), and Historical Drama Festivals (September-November) are a major draw for travelers.

It will surely take more than two to three days to explore this folk village. Apart from a pleasant boat ride an, you must also try Korean Archery Experience, attend the Craft Workshop and play a craftsman. Learn a lesson or two at the workshops on woodenware, brassware, musical instruments, and tobacco pipe.

It’s for you to seize the opportunity of coming closer to the Korean traditions and customs at the Korean Folk Museum, The Wold Folk Museum, and exhibition halls for mask dance and pottery. Do visit the Historical Drama Village at this theme village and become one with the Korean history. Watching plays based on different eras should also be on cards.

While the little ones can have a gala time trying Wonder Wheel, Railroad Train (toy train), Flower Race, and other rides at the Play Village, the grown-ups must try the 4D Theater, Legendary Hometown, and the Horror Ghost Zone.

Suwon is the closest city to the Korean Folk Village. It is about 8 km from here. The city is home to some of the most famous tourist attractions in South Korea. The Hwaseong Haenggung Palace, Janganmun Gate, Hwahongmun Gate, Yeonmudae, Suwon Hwaseong Museum, Yungneung (a UNESCO World Heritage Site), Yongjusa Temple, and Mulhyanggi Arboretum are the premier locations you should visit.

Where is Korean Folk Village?

This Folk Village is located at Yongin in Gyeonggi-do province of South Korea. It is around 36 km south of the South Korean capital of Seoul.

By Air – The Incheon International Airport is at a distance of 64 km from the Village and a less than a three-hour drive by road will get you there.

By Train – Taking the Seoul Subway train is the best option as it takes around an hour to reach this famous destination.

By Road – Take a bus or a cab from either Suwon or Seoul to Korean Folk Village. The place is very well connected to both the cities by road.

You do not have to go out of the Korean Folk Village to enjoy the best delicacies as there are quite a few on-site restaurants such as Restaurant “Korea”, Restaurant Yangbanjang, and Restaurant Gilmokjib. You can try traditional Korean food at the Village as well. To sample Italian cuisine, come to the Blanc Restaurant.

The operating hours at the Korean Folk Village vary according to the season and weather.