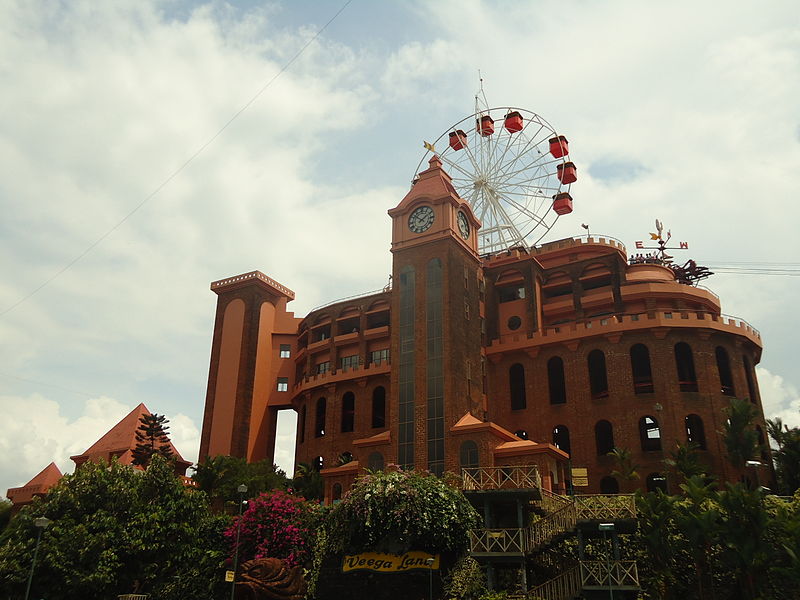 Wonderla Park is a famous amusement park in Kochi

The Wonderla Park is an amusement park in the city of Cochin, which aims at world-class standards. The naturally lush surroundings of Kochi, work in its favor as does the fact that it is set into the side of a hill. Not surprisingly therefore, the park is an all-time favorite of the locals here, and a most welcome addition to the itinerary of anyone visiting Cochin.

There are numerous rides divided into four neat sections-dry rides, water rides, thrill rides and kids rides. Naturally, as an excited visitor runs from queues of one ride to queues of another, in an attempt to try all of the rides before the park closes for the day or before running out of energy. A good idea would be to buy the Fast-Track ticket if one has plans of trying all the rides. Like the FASTPASS service of Disney parks, these pricier tickets help one to jump queues. However, if one does not plan to ride all of the rides, may be arriving a little early, and planning wisely would be enough to get on all the favorite ones.

Water Rides: Water rides, twelve in all, are perhaps, the biggest attraction of the park. In the ‘Water Pendulum’, participants get into a two-seater rubber seat, shaped like an eight, which is dropped from the top of a U-shaped water slide, and oscillates like a pendulum, before coming to a halt at the center. The Rain Disco promises some fun rain-dance. Then there are play pools where sprinklers douse the unsuspecting rider with water; the ride Boomerang takes the rider through a dark tunnel to a precipitous drop into a boomerang-shaped water slide below; finally, there are a number of thrilling no-loop water coasters where riders swoosh down with breakneck velocity.

Thrill Rides: The thrill rides are described as ‘wicked and unpredictable’ 1.5 G Force rides. The Vintage Tornado is the first-of-its kind ride in India, which takes riders on a roller-coaster through a seven-story building. The huge roller coaster turns on a dime leaving riders with a churning stomach and a rush of adrenaline. Seven other rides, where riders are dangled, swirled, plummeted down, swiveled, and oscillated, come together with the Vintage Tornado to complete the thriller package. World-class safety measures are in place, hence riders need not worry on those grounds.

Kids Rides: A marked departure from the thrill rides, the kids rides, thirteen in all, are gentle and fun-filled. Variety is the key in these rides as well. So, there are playpens, toy cars that go around on a safe conveyor belt, merry-go-rounds where kids sit on cute elephant seats, the Balloon Tower, where kids can go as high as 10 meters into the air, miniature Ferris wheels, carousels and many other colorful rides.

Where is Wonderla Park?

Reach by Air: Cochin International Airport, is the airport nearest to Wonderla Amusement Park. From there it is a distance of 16 miles via the NH 47. A cab will take 45 minutes via that route.

Reach by Rail: The Ernakulum Junction Railway Station is 11.55 miles from Wonderla. From the station, a cab will take around 39 minutes.

The best time to visit Kochi are in the months from October to March. Temperatures during these months range between 72º F to 89° F.

A few months of the year see a considerable rise in park visitors. Peak summer season is from 1 May to 31 May. Holidays on account of festivals like Ramzan, Onam, and Christmas also see a rise in visitor numbers.

Tips for anyone visiting Wonderla: