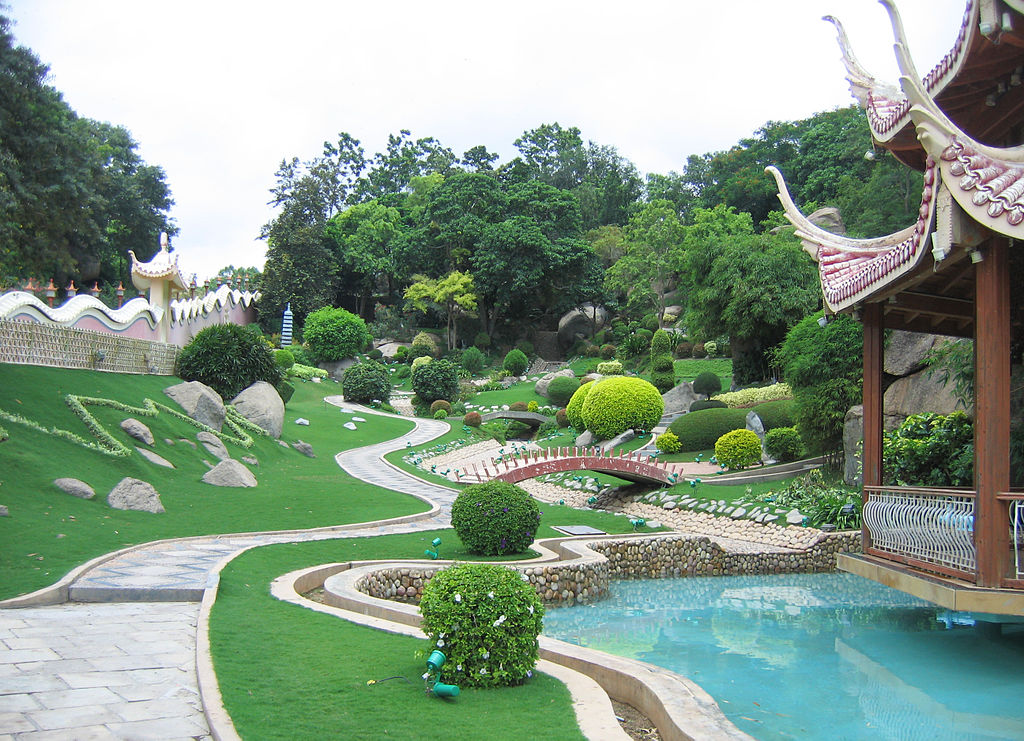 Views from the Ramoji Film City in Hyderabad

The Ramoji Film City in Hyderabad, is the closest that people living in India can come to living their celluloid dream.

Equipped with everything needed to produce a full- length movie- starting from technology, film sets to recording studios- the Ramoji Film City is a one-stop destination for film makers who can ‘walk in with a script, and walk out with a film.’

For tourists, though, the Film City is a magical place where they are showered with stardust. It is a holiday destination with the central underlying theme of cinema – its shops, its shows, its restaurants and even alleyways – give you a distinct feel of being in a world of cinema. The entire endeavor is a conscientious effort to create a theme based holiday destination – much along the lines of the Disney World.

The Film City was set up in 1996 by renowned Indian film producer, Ramoji Rao. The Universal Studios in California, United States inspired the creation of this Film City. It was set up as a tribute to the magic of movie-making.

Things to do and see

1. Go on a studio tour in an open-air vintage bus: The Bus tour takes you through the Askari Garden, the Japanese Garden with a beautiful central pagoda, the Sun Fountain Garden, the symmetrical charms of the Mughal Garden, the Sanctuary Garden, which has various animals sculpted from grass, the Angel’s Fountain Garden, the sets of the cult serial Bhagavatham, and North Town, built on the lines northern Indian cities.

2. Be overwhelmed with cinematic magic at the Movie Magic Park: This Park provides you with three separate experiences that come together to transport you into a make-believe world of cinema. Your notions of romantic locales may be busted, but you get to be a movie star.

The Ramoji Towers simulates the experience of an earthquake – freefall, tremors and acoustics- everything to send you screaming. Filmy Duniya takes you through studio sets that look so real you will think you are in a foreign land in a different time zone. Action Studio, takes you through a short and fun DIY filmmaking course where you get to act as well!

3. Enjoy a walk with the birds at Wings: Ramoji Film City’s bird park will not disappoint you. Wings is a lush, verdant landscape that is home to bright colored Lory birds.

4. Take a dream walk through the exotic gardens at Eco Zone: Flit from the Bonsai Garden to the Butterfly Park to Colors Park. These beautiful gardens house a display of bonsai plants, a 7200 square-foot butterfly enclosure, and over 15000 square feet of beautiful terrace gardens.

Where is Ramoji Film City?

By Air:The nearest international airport is the Rajiv Gandhi International Airport. It will take 47 minutes via ORR to reach the Film City from the airport by a cab.

By Train: From the MMTS Station in Hyderabad, a cab will take a visitor to Ramoji Film City in 1 hour 16 minutes.

By Road: It is well connected to the neighboring city of Hyderabad and other parts of the state through an extensive road network.

The Film City has its own chain of hotels for visitors to stay and enjoy their time there. Hotel Tara, Hotel Sitara, Hotel Sahara, Hotel Dolphin and Hotel Shantiniketan are the premier accommodations within the Ramoji Film City.

The cooler months from October to February are ideal to visit.

Visitors can either choose to take a single day trip or opt for a complete holiday package and stay overnight at one of the resorts within the City.

For day visits, two types of packages are offered – a General Package and a Ramoji Star Experience: