Places to visit in Kullu and Manali, Himachal Pradesh 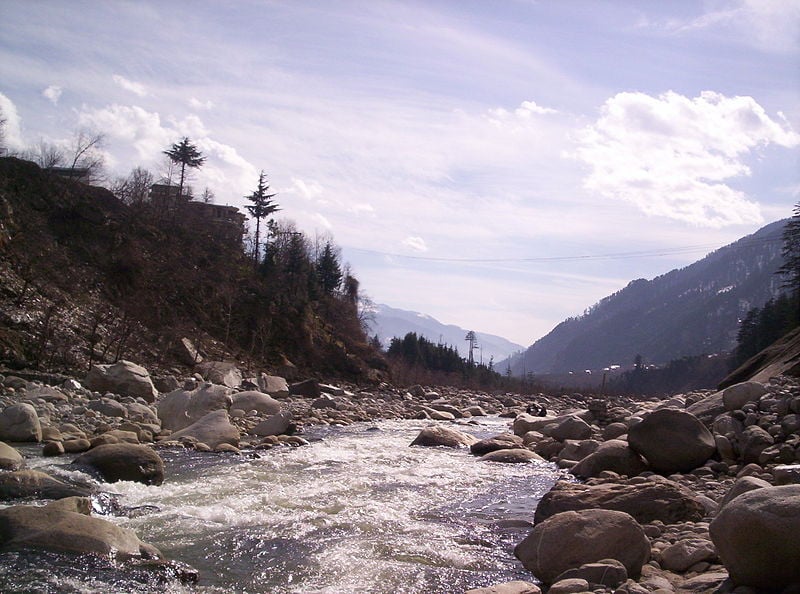 Kullu and Manali are blessed with extraordinary scenic beauty

Kullu and Manali are two towns located in Himachal Pradesh. They are about 40 km from each other. Together they form Kullu Manali Circuit.

Attractions in Kullu and Manali

Kullu is an important destination for pilgrims and temples have a fair share in the list of attractions. The Bijli Mahadev Temple, the Mata Vaishno Maha Devi Tirth Temple, and the Raghunath Temple are some of the most prominent temples in the region.

Manali offers a more diverse range of attractions to tourists with its own share of prominent temples such as the Hadimba Temple and the Maa Sharvari Temple. There are also a couple of Buddhist monasteries in the area such as The Himalayan Nyingmapa Buddhist Temple and the more traditional Panden Ngari Gompa.

Waterfalls and hot springs conjure up a charming atmosphere in this region. The Jogini Falls, Rahala Waterfalls and Rozy Falls are some of the destinations frequently flocked by the tourists. The Kalath Hot Springs and the Vashisht Hot Water Springs also draw a huge number of tourists every year.

Those who come to Kullu and Manali choose to take a tour of Rohtang Pass, mainly because of the scenic route that accompanies the entire journey.

Things to do in Kullu and Manali

The Bhrigu Lake in the Kullu district is located at a height of 4,300 m (14,100 ft). It’s a photographers’ delight. While the Great Himalayan National Park is home to more than 180 species of animals and mammals, Manali Sanctuary is the place to spot musk deer, leopard, and snow leopard. Don’t miss the walk through dense deodar, walnut, and maple forests.

One of the places that comes alive in the winter is the Solang Valley, which is perched on top of the Kullu Valley. This is a popular ski resort. During the summer, the place turns into an ideal destination for parachuting, paragliding, skating, and zorbing. The beautiful art gallery at the Naggar castle is a must-visit for any art lover. It houses paintings and sculptures of the famous Russian artist, Nicholas Roerich.

Places to Eat in Kullu and Manali

While Johnson Cafe serves the best European food, the Il Forno is an authentic Italian restaurant on a hillside near Hadimba Temple. From wood-fired pizzas to lasagne and calzone to pasta, it serves the best of Italian dishes.

Accommodation in Kullu and Manali

A majority of the tourists prefer to stay at Manali instead of Kullu since the former gives them more options. Budget travelers can choose to stay at the Hotel Kanchanikoot or the Hotel Drilbu Manali. For those who can afford to shell out more can choose to stay at De Hotel Inn and Silmog Garden. The Himalayan Resort & Spa or Mapple The River Crescent Resort should satisfy those who only want the best.

Bhuntar Airport, also known as the Kullu Manali Airport, is 10 km from Kullu and 50 km from Manali. It’s a 20-minute drive to reach Kullu from the airport and approximately an hour to reach Manali. The airport is connected to domestic destinations.

Due to its location, Kullu and Manali aren’t easily approachable by rail. The nearest broad-gauge railway station is at Chandigarh and is about 300 km away from Manali. Driving distance between Chandigarh and Manali is about 290 km. It’s a 7-hour drive to Manali and a bit less to reach Kullu. Joginder Nagar Railway Station is much closer as it is about 104 km from Kullu and around 143 km from Manali. However, it has a narrow gauge track and is less preferable to commuters.

There are a number of luxury buses that visitors can take from the Inter State Bus Terminals (ISBTs) located in the neighboring states. Tourists can also take a private cab from any of the nearby cities.

The weather in Kullu and Manali is quite unpredictable. However, April to June and September to December are generally considered to be the best months to visit.

What clothes should one carry when visiting Kullu Manali?

When visiting in the summer months, cotton and light woolen clothing should be enough. Heavy woolen clothes are a must during winters.

Should one hire a guide when going for trekking or hiking?

It is quite advisable to hire a local guide when going for a trek or hike as local customs and laws are strict and one may accidentally offend someone or trespass into private lands, which can lead to hefty fines.