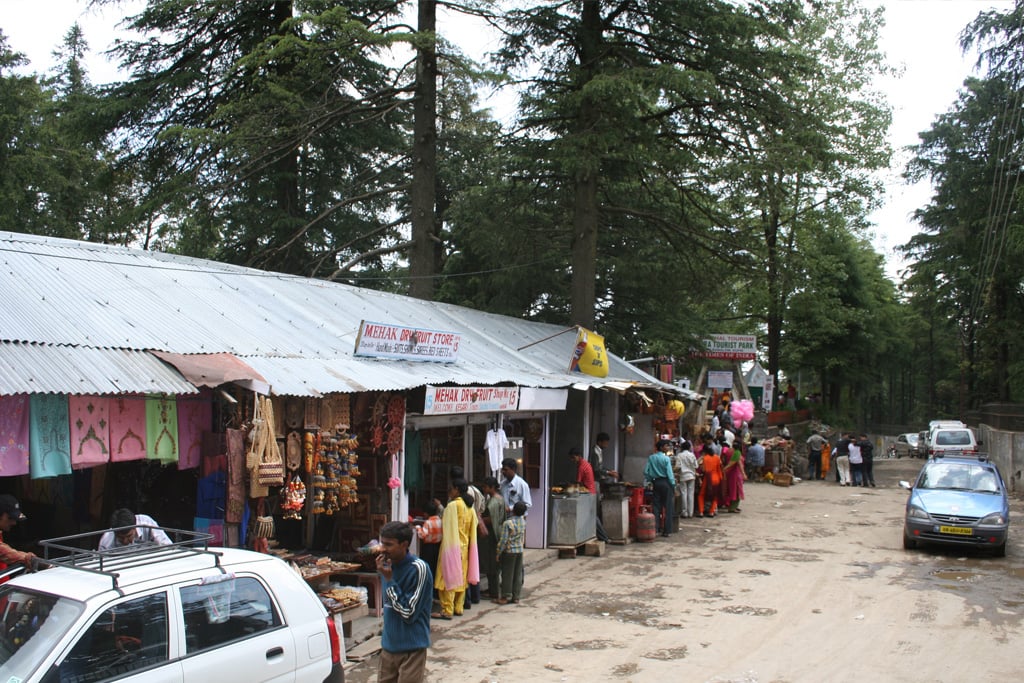 Kufri is a tiny yet scenic hill resort situated near Shimla

The town of Kufri is situated in the district of Shimla in Himachal Pradesh, India. The hill-top town offers visitors natural ski slopes as well as stunning views of the area that have made it quite popular amongst tourists, especially since it is located so close to Shimla.

Mahasu Peak: This peak is located quite close to Kufri and is the place that every tourist in Kufri must visit. Due to the difficulty of walking up the path to the peak, many people tend to hire ponies or mules to get them up there, but the trip is worthwhile. The path winds through beautiful Cedar and fir forests and the view from the top of the mountain is spellbinding.

Indira Tourist Park: Tourists visit this park to enjoy the beautiful view of the mountains it provides. Café Lalit is a coffee house located within the park and is run by the Himachal Pradesh Tourism Board.

Kufri Fun World: Located at Mahasu Peak, Kufri Fun World is a theme park that is amongst the highest amusement park in the world. It also has the world’s highest go-karting track along with a number of other rides, such as a swinging pirate ship that is not only an exhilarating ride but also offers a beautiful view of the snow capped mountains. There are other rides such as the merry-go-round and swings that children can enjoy.  There is also a canteen in the park that serves a variety of cuisines.

Fagu: This small village is located just a few kilometers away from Kufri and offers visitors beautiful views of gardens, along with scenic views from a saddle-like mountain alongside NH – 22/Hindustan Tibet Road. The village bewitches you with its romantic charm when covered with fog that tends to surround the village.

Shimla: As a major tourist destination, there are a number of places that attract tourists in Shimla. It also has a rich colonial history since it was a summer retreat during the British Raj. The town offers a number of attractions dating back to the colonial era along with other activities such as shopping and entertainment.

There aren’t many accommodation options available for tourists in Kufri, except for a couple of resorts, such as the Kufri Holiday Resorts and Hotel Northern Crown. Shimla presents plenty more options to tourists when it comes to accommodation.

The town of Kufri is located close to the state capital of Shimla in Himachal Pradesh, India.

Kufri is only about 14 km away from Shimla, the capital of Himachal Pradesh, from where one can get a number of inter-state buses to many of the cities nearby. The roads in the area are also well-maintained and one can drive up to Kufri if they want.

Like many other places in Himachal Pradesh, the summer months from April to June are the best time to visit the region due to its mild weather. However, the winter months are also a very popular time to visit Kufri due to the skiing opportunities it offers.

When does it snow in Kufri?

Snow generally falls in December and January in Kufri. If anyone wishes to indulge in skiing or any such similar activity, then they should go at this time.

What clothing is advisable to wear when visiting Kufri in winter?

When visiting Kufri in winter, layer yourself up with heavy woolen clothing.