Places to visit in Gangtok, Sikkim 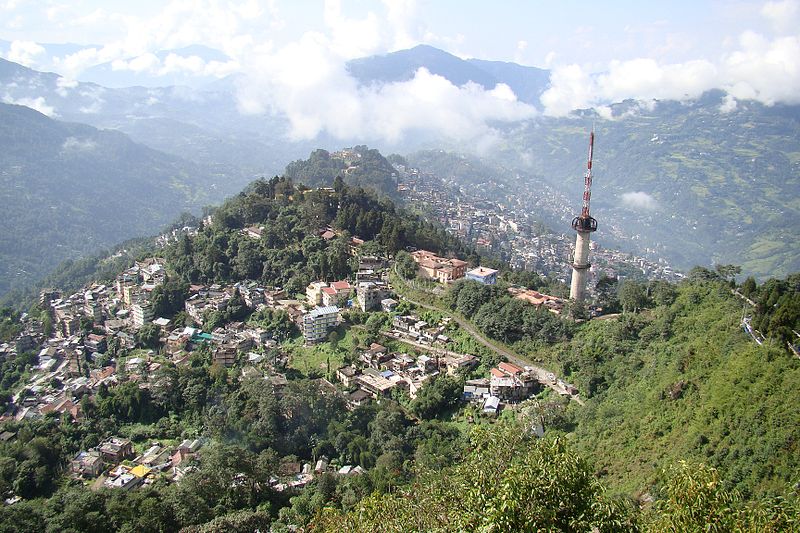 Gangtok offer excellent views of the mountains and valleys

Gangtok is the capital of the Indian state of Sikkim and is also its largest town. It is a charming and picturesque place nestled within the Himalayan range. The town rose to prominence in the 1840s after it was declared a Buddhist pilgrimage site following the construction of the Enchey Monastery. In 1894, the Chogyal or ruler of Sikkim transferred the capital to Gangtok.

Gangtok and its surrounding areas offer excellent views of the mountains and valleys and hence, touring around Gangtok is quite popular amongst tourists. The area is blessed with a variety of flora and fauna making it an ideal retreat for nature lovers. Flowers such as rhododendrons and orchids are very common in the region along with animals like the blood pheasant and the red panda. There are also a couple of wildlife sanctuaries nearby such as the Khangchendzonga National Park and the Fambong Lho Wildlife Sanctuary.

Gangtok is the gateway to Yumthang Valley, which is located at a distance of 150 km. Perched at a height of 3,564 m (11,800 ft) above sea level, the valley is home to the Shingba Rhododendron Sanctuary that has over 24 species of rhododendron – the state flower.

One of the best things about Gangtok is that, unlike most other towns in the region, it is quite cosmopolitan. MG Marg, the main street in Gangtok, is always bustling with shoppers, diners, and tourists. Gangtok has a decent nightlife as places like the Downtown Resto Bar invite you to gulp a drink or two and enjoy country music. There are also casinos like Casino Sikkim at The Royal Plaza Hotel.

Sightseeing tours in Gangtok, which usually last around half a day, are quite popular.

Gangtok is an important town in the region and there are a number of options available for tourists when it comes to finding accommodation. Budget travelers can find decent accommodations for as low as Rs.1800. Hotel Sagorika and Hotel Saikripa are some of the most sought after options. Those who are willing to spend a little more can choose to stay at the Mayfair Spa Resort & Casino while those looking for a mid-range accommodation should opt for the Netuk House and Hotel Sonam Delek.

The Bagdogra Airport in Siliguri is the closest airport to Gangtok. It is 126 km away from Gangtok and a little over two hours of drive. There is also a helicopter service from the airport to Gangtok that operates only once a day and carries only four passengers. The Pakyong Airport is the new airport being constructed 13 km (8.1 mi) south of Gangtok.

The nearest railway station to Gangtok is the New Jalpaiguri Station in Siliguri. The station is about 120 km away from the town that calls for a two-hour drive.

The National Highway 31A is the main access point to Gangtok as it connects the city with Siliguri. Cabs are the most common mode of transportation within the city as well as to Siliguri and other neighboring towns.