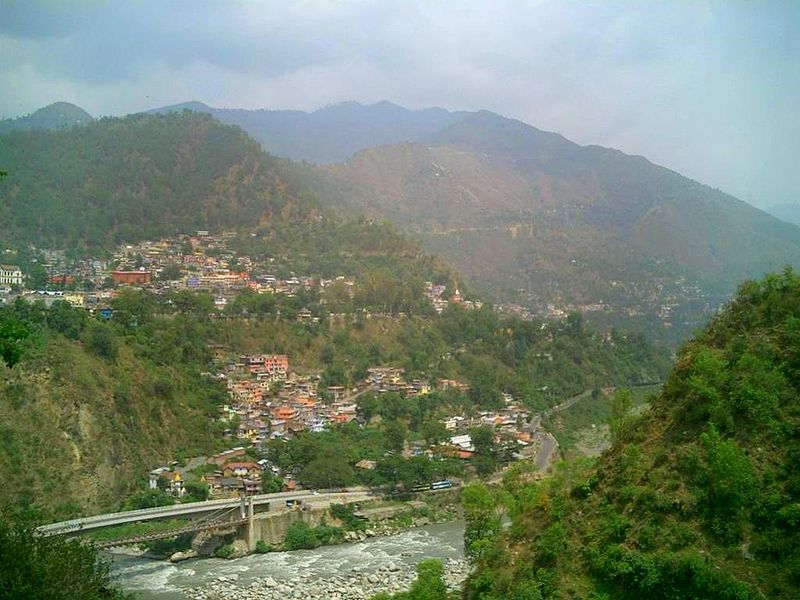 Chamba is a riverside town known for its natural scenic beauty

Chamba is a town located in Himachal Pradesh, India, and is situated along the banks of the Ravi River. The town is quite old with a well-documented history that goes back to circa 500 AD that, along with the numerous temples in the region, has made it quite popular among tourists.

Lakshmi Narayan Temple Complex: This complex of temples is dedicated to the Vaishnavite sect of Hinduism and features six traditional Shikhara styled temples along with several smaller shrines.

Chamunda Devi Temple: This temple was built in 1762 by Raja Umed Singh and is the only wooden temple in the town while the rest are built using stone.

Hari Rai Temple: This temple dates back to the 11th Century and is quite popular among the tourists who are interested in the history of the place.

Rang Mahal: Rang Mahal is quite popular amongst tourists due to its combination of local and colonial architecture which gives it a very distinct look.

Manimahesh Lake: It is located near the town and is quite popular among tourists as well as the devotees of Lord Shiva as there is a rock in the form of a Shivling there.

Bharmour: It is a town located close to Chamba and is also popular among tourists for its temples and history.

There are a number of accommodations options that are available to tourists in Chamba. The Iravati is a pretty good hotel that is managed by the Himachal Pradesh Tourism Development Corporation.

Chamba is located in the northern part of Himachal Pradesh and is quite close to Jammu and Kashmir.

The nearest airport to Chamba is the Pathankot Airport in Punjab. The airport is about 107 km away from the town and a drive should take a bit less than three hours.

The Pathankot Junction is the nearest railway station and is about 103 km from the town. A drive to Chamba will take roughly two and a half hours.

Chamba is well-connected to almost all major cities in the region by road. The Himachal Road Transport Corporation runs a number of buses through cities such as Shimla, Pathankot, Delhi, Chandigarh, etc.

Due to its location, the climate in Chamba is quite pleasant. The Suhi Mata Mela and the Minjar Mela are held in the months of April and August respectively.

When is the monsoon season in Chamba?

The monsoon season in Chamba usually starts in July and goes until mid-September.

What clothing should be worn during winter in Chamba?

It can get quite cold in Chamba in winters; therefore, tourists are advised to wear heavy woolen clothing if they plan on visiting the town between December and February.