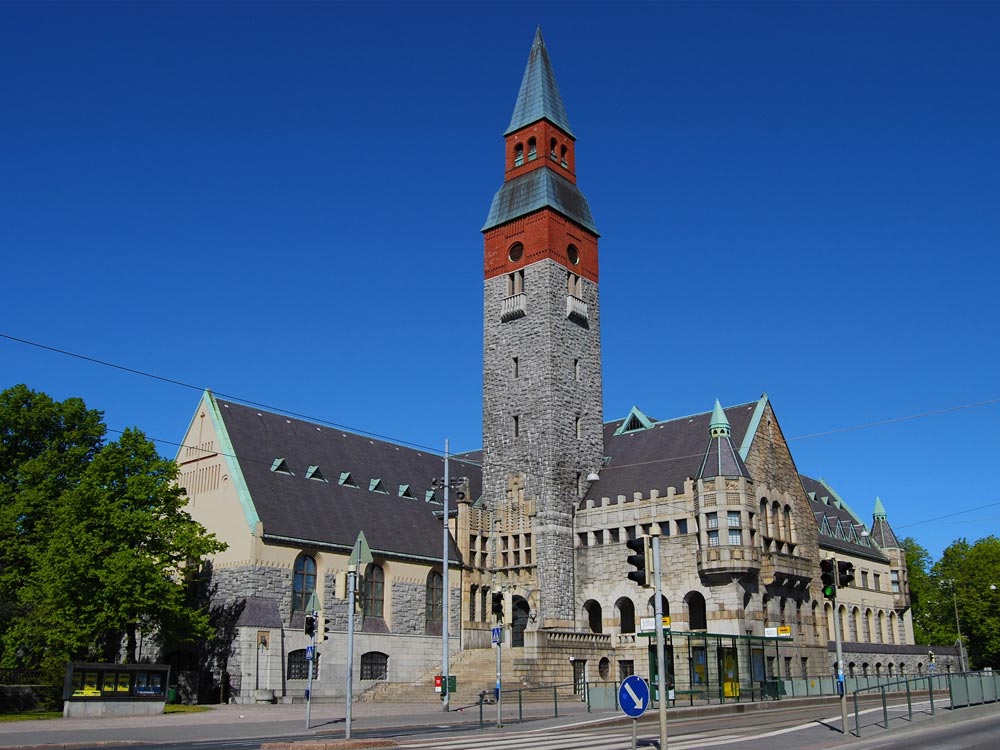 Suomen Kansallismuseo (Finnish National Museum) is one of the famous museums and a major tourist attraction in Helsinki city, Finland. The museum, housed in a romantic style building, displays a wide array of items from fabrics, textiles, paintings, glass and porcelain, and pre-historic exhibits, to name a few.

Located in an easily accessible part of the country capital, the National Museum of Finland attracts artists, historians, children, and tourists alike. The museum has a wealth of exhibits to be seen and explored. Comprising of varied themes, all the exhibits are neatly displayed for convenient viewing. One of the museum’s rooms contains rare materials collected from across the country and deals with the ethnography and culture of the country.

The part of the museum that exhibits the collections of medals, jewellery, coins, weapons, decorations, and orders is known as the Treasure Troves.

Suomi Finland 1900 exhibition hall was opened to the public on April 26, 2012. This latest exhibition focuses on 20th century Finland and the Finns.

At VINTTI Workshop visitors can learn about the history and culture of Finland in an interactive way.

Other famous exhibits at the National Museum of Finland include the eye catching Finno-Ugrian collection. Visitors can know more about the traditional costumes and every day items of the people of Finland, when they come here. You will also see furniture, paintings and a lot more at the museum.

The ceiling of the entrance hall to the museum is embellished with frescoes about the Kalevala, painted by Akseli Gallén-Kallela in 1928. Armas Lindgren, Herman Gesellius, and Eliel Saarinen were the architects who designed the fabulous museum that revives the feel of Finland’s medieval churches and churches.

The exhibits in the museum’s Silver Room suffered mild damage due to an accidental explosion caused by the leakage of methane gas on January 23, 2006. After the restoration process, the Silver room was re-opened to the public in the beginning of 2007. 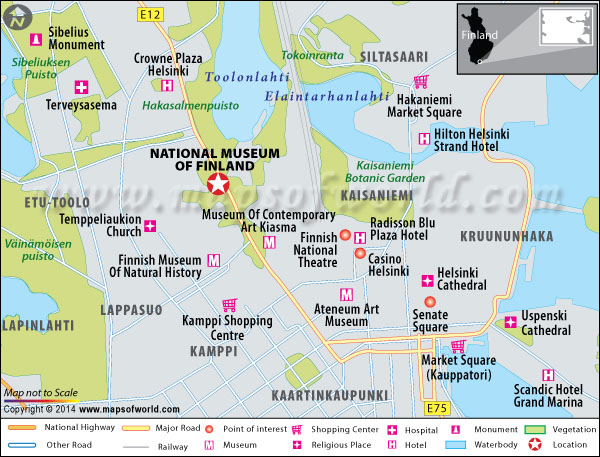 Facts about National Museum of Finland

Where is National Museum of Finland?

The National Museum of Finland is located in Helsinki, Finland. You can reach the museum within a half-an-hour drive from the Helsinki-Vantaa airport.

The summer season from June till late August is the perfect time to visit National Museum of Finland, Helsinki.

The National Museum of Finland charges an entrance fee of € 8.00.

More on National Museum of Finland