Home / Travel Tips / Top Holiday Destinations in the World for 2017

Top Holiday Destinations in the World for 2017

From one tiny dot on the globe to another-is not a giant leap anymore. Talk of traveling the world is no longer dispelled as gibberish. Had Jules Verne's ‘Around the World in 80 Days’ been published today, it would not have been the cult book it is today. But thank god it was published back in the 1870s. Thank god it fired the imagination of its readers. Thank god for the gift of flight. And thank god for the diligent hands and perspicacious minds that work round the clock so that you and I may travel from one dream destination to another, and yet not burn a hole in our pockets.

Traveling the world is no longer the prerogative of the rich and the mighty. In fact, the number of backpackers visiting exotic destinations went up manifold over the last few years. In 2014 itself, 38.05 million Americans went backpacking. Nations like India, Brazil and China too, have realized the potential for tourism and are opening their gates to international travelers in a big way. In fact, countries are coming up with numerous interesting options to sweeten the deal for international travelers.

Bottom line - there is no better time than now to set off on your discovery of the wonders of the world. Take up your bags now, so that years from now, when your granddaughter demands, ‘Tell me about the world’, you have a riveting long story to tell.

However, before the daunting task of picking a destination immobilizes you, take a look at this list we have prepared. The destinations have been shortlisted on the basis of popular choice and geographical dispersion. We have taken care to include those destinations whose natural beauty, architectural brilliance or social relevance keep drawing repeat visitors.

Top Holiday Destinations in the World

In case, you have missed the majestic Niagara Falls, on your first trip to the USA or Canada, then chances are the recurrent glances of disbelief from friends and family, will force you to return. However, once you reach the imposing 176 foot high Falls, you will realize that the rhapsodies of praise are not in the least exaggerated. The Niagara Falls is actually the collective name for three falls- the Horseshoe Falls, the American Falls and the Bridal Veil Falls. The Horse Shoe Falls is on the Canadian side, while the American Falls lies on the American side, thus making the falls accessible from America as well as Canada. A journey to the Niagara Falls is incomplete without cruising aboard the ‘Maid of the Mist’, and the walking tour called ‘Cave of the Winds’. As you tour of the immense Niagara Falls Park, you will realize that the gushing sound of the Falls and the white frothy waters completely dominate the landscape.

Here are a few first hand tips for those planning to visit the Niagara Falls.

One of the most iconic structures of India- the Taj Mahal is as seeped in history as it is beautiful. Tagore has aptly summed up this intermingling of beauty and history-‘The Taj Mahal rises above the banks of the river like a solitary tear suspended on the cheek of time.’ This white marble mausoleum for Mumtaz Mahal- Shah Jahan's third and most cherished wife, had taken 22000 people 17 years to build. Grapevine has it that the emperor was so impressed with the monument and so carried away with pride that he had the hands of all the architects and sculptors cut off. But that is only a rumor. Descendants of the original masons of the Taj Mahal are till today, employed in its renovation. This timeless wonder attracts a large number of international tourists. Tickets to the Taj Mahal have recently been made available online for the convenience of international travelers. 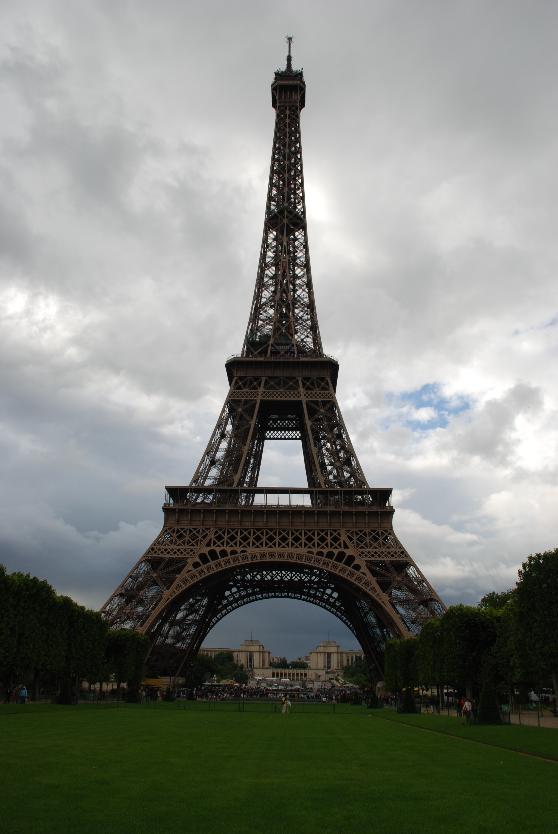 Eiffel Tower - The most enduring symbol of France

The Eiffel Tower dominates the Paris skyline and looks like a lacework of steel. The Eiffel Tower represents all that the city of Paris stands for- a true emblem of the city's spirit. Even Hitler knew that to crush the morale of France, he had to conquer the Eiffel Tower. In fact, so popular is the Tower that Gustave Eiffel, its architect too said that he was on the point of being jealous of his own creation.

The Eiffel Tower goes up to a staggering nine hundred and eighty-four feet and affords panoramic views of Paris. It cost one million dollars to build. It has three elevators to take visitors to the top. Each elevator can carry sixty-three people. The first floor of the Eiffel Tower has been completely renovated. The Eiffel Tower is an integral part of the life of people here. Demonstrations, fashion shows and what have you- everything happens right here. 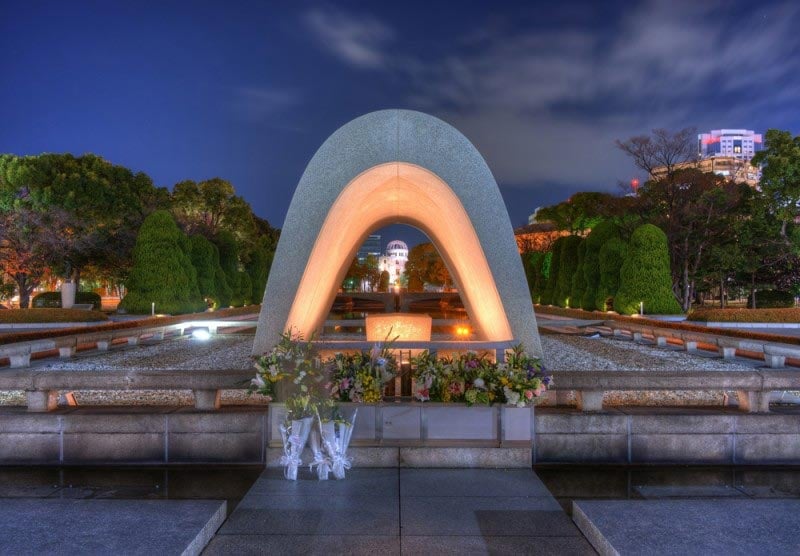 The Hiroshima Peace Memorial captures a shameful moment in history which man, in his sanity, would never like to revisit. It is the site of the nuclear bombings on Hiroshima during the Second World War. The bomb killed half of the population in Hiroshima, the remaining half died a slow, painful death from the effects of the bomb. Children born after the bombings were also affected.

The Hiroshima Peace Memorial was built with the hope that future generations would look upon the massive destruction caused by their hasty forefathers and shirk from violence. The oleander flower grew on the soils of Hiroshima when nothing else would. It today stands for the resilience of the people affected by the disaster.

The Bryce Canyon National Park in Southwest Utah will tell you what a great artist nature is. Though the first national park in the USA and perhaps the most celebrated, is the Yellowstone National Park, the Bryce Canyon is a show stealer in its own right. Clusters of rock spires called hoodoos project from the deep gorges giving an impression of the audience gathered at an amphitheater. Hundreds of short lived streams that crisscrossed the region and gusts of winds that have blown over the bare red rocks for ages have contributed to this artistry.

Located in Florida, the Walt Disney World is the largest of the Disney theme parks. It is evidence of what a single man's dream can do, and also a very good reason why you should never give up yours. Walt Disney Florida consists four parks- Epcot, Magic Kingdom, Hollywood Studios and Animal Kingdom. To only imagine is nothing if we do not have the resourcefulness and tenacity to execute it. Each of the parks of the Disney World is one big dream executed to perfection. The 3 D projection on Cinderella's Castle in Magic Kingdom is one long jaw dropping moment. While Micky orchestrates magic on the waters at Hollywood Studios, all the famous Disney characters come to life in this laser dance. The 3D show Bugs at the Animal Kingdom is simply unbeatable with special effects so fine that you can actually feel bugs crawling over your feet. At Epcot, the nightly firework and laser show takes the cake. It is not just the shows. Right from your entry into the theme park, you will be transformed to a different world- with Disney characters parading all around, cupboard houses made to resemble Hollywood themes, and courteous park employees always greeting you with a smile. It is like walking out of your car and right into the middle of a fairy tale.