Five Best Tiger Reserves in India You Must Visit 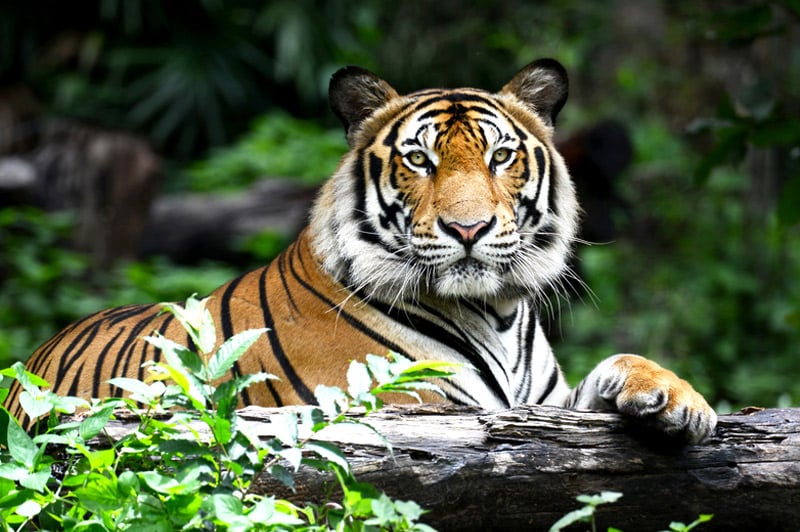 The chance of encountering tigers is now greater than ever

Endowed with nearly half of world's wild tigers, India has long been a fascinating destination for jungle safaris. Fictional stomping grounds of Kipling's Mowgli, national parks and wildlife sanctuaries in India bring delight to every nature lover. It doesn't require a trained ear to decipher the thundering roar of country's national animal coming from the distance. The chance of encountering the majestic cats is now greater than ever as the population (around 2,200) is on the rise owing to the wildlife conservation efforts in India. 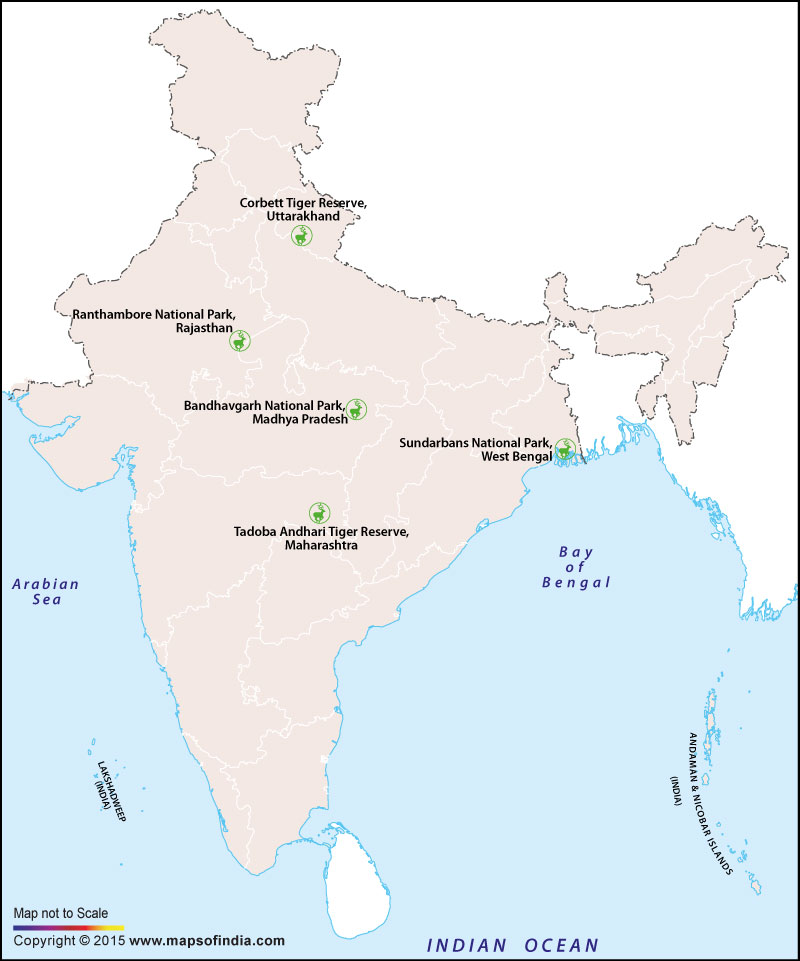 Map of Tiger Sanctuaries in India

Here's a list of the best tiger reserves in India to stand face-to-face with these gorgeous beasts in their natural habitat. 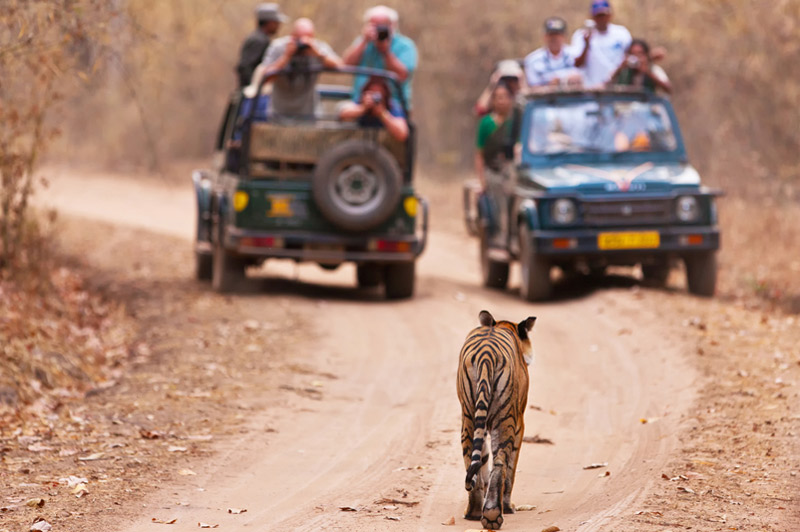 With the highest density of tigers in this national park, it is your best bet to witness a Bengal tiger in action. Located in the heart of the park, Tala zone is the most sought after safari route. Jungle rides vary from open-jeep tours to elephant safaris. Its dry deciduous forests and rocky landscapes were once inhabited by the most photographed tiger in the world – Sita – and Charger, an aggressive tiger. Aside from tigers – the keystone species – the park is bursting with leopards, deers, and migratory birds. And remember, a UNESCO World Heritage Site “Khajuraho Group of Monuments” is not too far away. 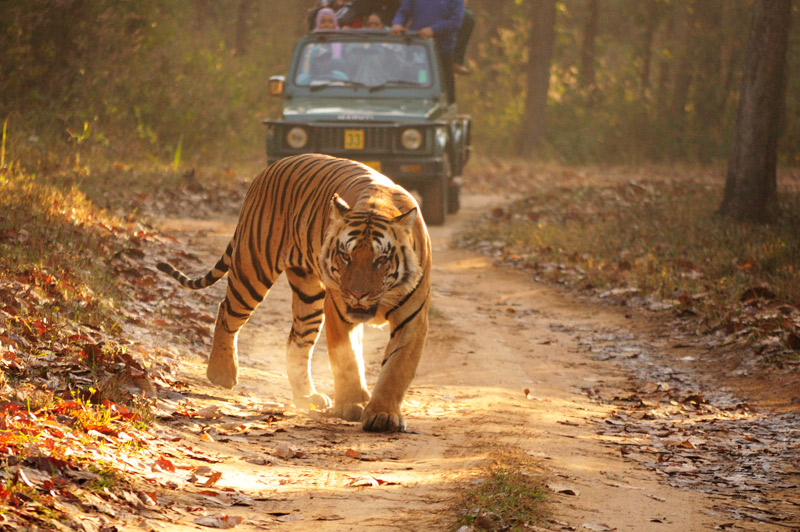 A must-have item on the Rajasthan tourism package, it is arguably the most fabled tiger sanctuary known to the Western world. Does it ring a bell? Look up where American singer Katy Perry tied the knot in 2010. Home of popular tigers named 'Machli' and 'Broken Tail', Ranthambore National Park comprises lakes, scattered ancient religious sites, and a 10th-century fortress. Although the time for wildlife safaris in Ranthambore is October through June, most tiger sightings occur in November and May. Sawai Madhopur is the gateway town to this park that lies 112 miles south of Jaipur (the capital of Rajasthan) and 260 miles from the city of Taj Mahal – Agra. 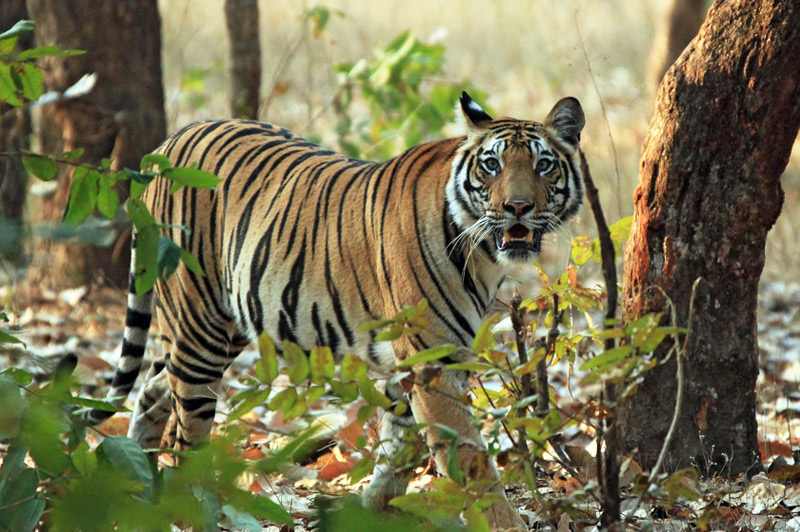 Boasting a gamut of astonishing flora and fauna, it is the oldest national park in India. Nestled in the Himalayan foothills and famed for its unadulterated natural beauty, it has five regions dedicated to tigers. Spending a night in serene ambiance of Dhikala Forest Lodge is highly recommended for the wildlife enthusiasts. Don't miss out on overnight camping, elephant safaris, and walking tours in Dhikala zone. Once you have a face-off with a tiger, go for adventures like white water rafting, boating, and hiking in Nanital. 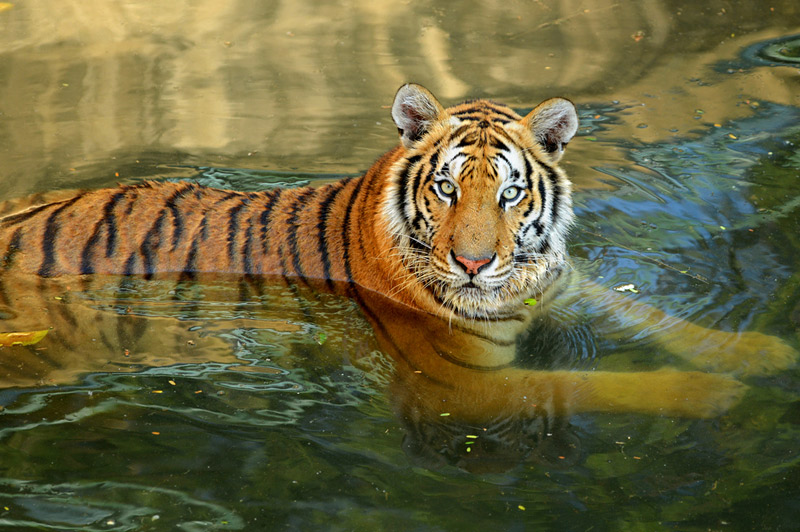 Yes, it may be harder to spot an elusive Royal Bengal tiger in the Ganges delta, so make sure to leave enough time for multiple safaris. Weave through dense mangrove wetlands on foot or by boat and stay alert as you might just stumble upon a rare sight – a swimming wild tiger. Gosaba is the last frontier town to enter into this UNESCO World Heritage Site and also the largest estuarine forest in the world. The ideal time to get here is between September and February. 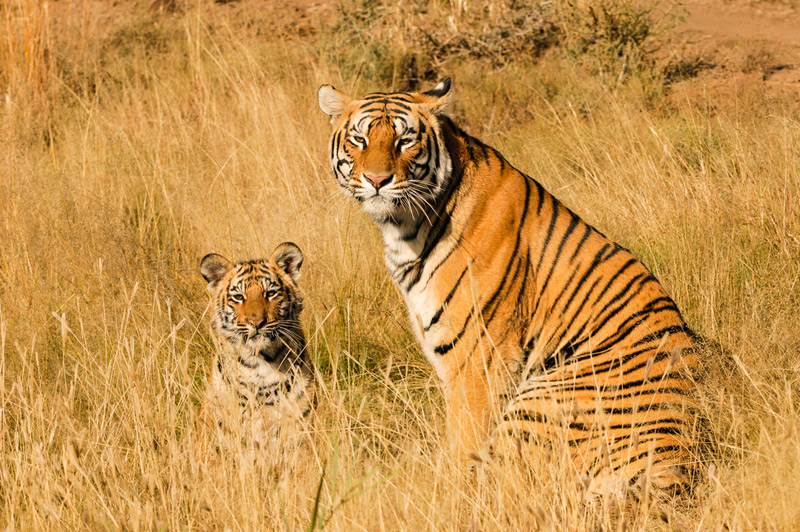 Reputed as the 'Jewel of Vidharba', it is the oldest national park in the state of Maharashtra. Compared with other tiger reserves, this well-preserved park is not well-known. However, visit the park from November to February if you are inclined to see how a mother takes care of her kittenish cubs and to learn about a lone male's solitary behavior during ordinary quests like hunting and marking his territory. Jungle cottages, guest houses, and tents for accommodations and jungle safari trips with local guides are available here for visitors at Tiger Trails Jungle Lodge.