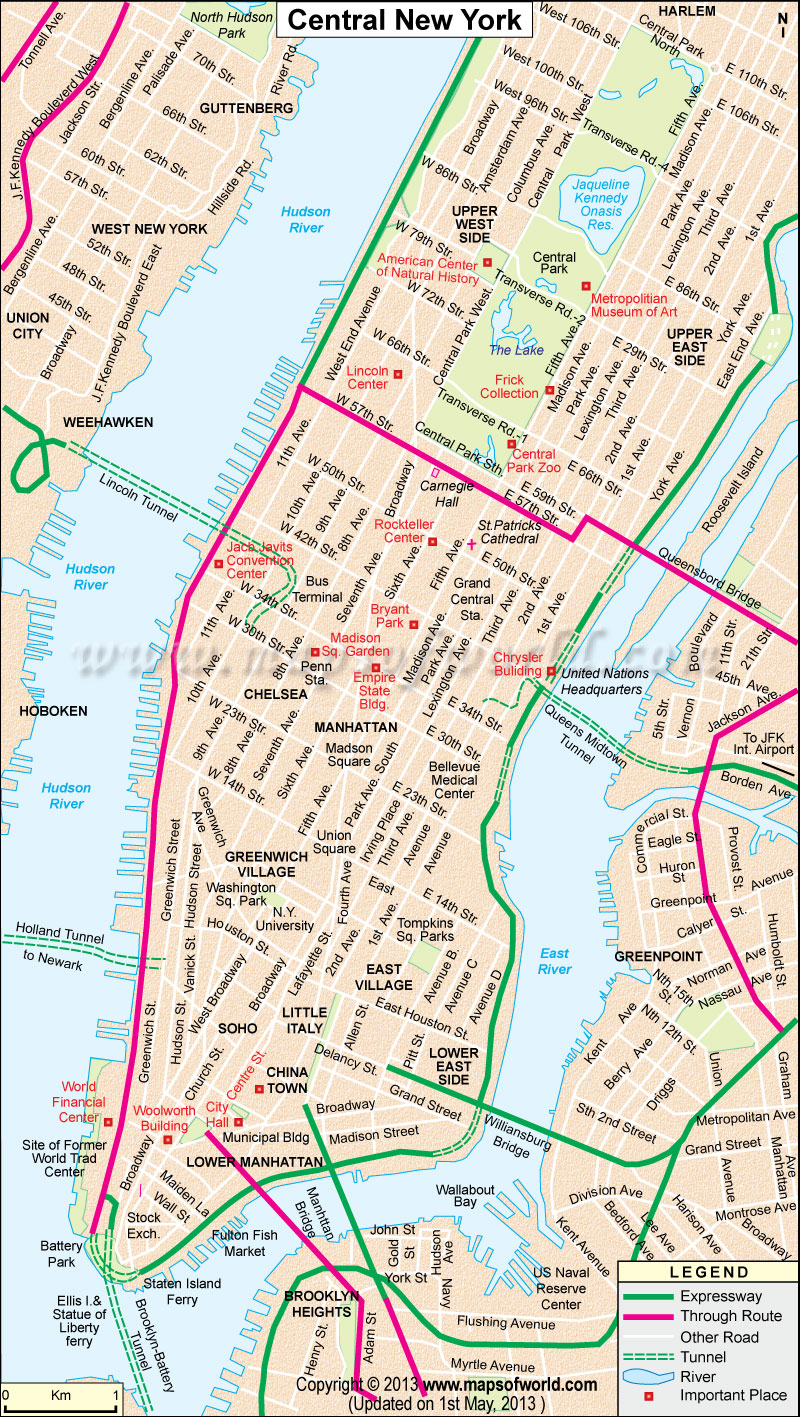 The central region of New York is a microcosm of all the surrounding regions and gives tourists a taste of New York as a whole with its hills and rivers, cities and farms, museums and recreation. The Central New York area offers many options for adventure-loving tourists - the activities on offer here include hiking, whitewater rafting, lake cruises, skiing, and snowmobiling.

The Central New York area is divided into eight counties for administrative purposes. For visitors Central New York has many attractions such as museums, musical shows, theatres, and art galleries, and exhibitions. These reflect the history and heritage of the area. For the adventure-lovers hiking and trekking in the many forests and lakeside areas add to the attraction of Central New York.

Erie Canal Village is an outdoor museum in Central New York. This reconstructed village is built on the site where work on the Erie Canal began on July 4, 1817. Within the village complex there are three museums of interest to the visitors. The Erie Canal Museum, which tells the story of the Erie Canal; the Harden Museum which exhibits a collection of horse drawn vehicles; and the third is the New York State Museum of Cheese. Besides these three museums, other places of interest in the Erie Canal Village are Canal Store, Crosby House, Bennett's Tavern, Blacksmith Shop, Ice House, Maynard Methodist Church, Railroad Station, Settler's House, Shull Victorian House, and Wood Creek School.

Another place of interest in Central New York is the National Baseball Hall of Fame and Museum which is dedicated to baseball.

Other Tourist Attractions of Central NYC
An important attraction in Central New York is the Howe Caverns, these are huge domes connected by winding passages and a cave river. The caverns were formed during the Ice Ages.

The July Fest is a 50 year tradition that attracts many visitors to Central New York. Visitors to the July Fest enjoy three days of arts and crafts exhibitions, indulge in great food, music, antique cars, and participate in all day fun-filled activities.

Black River Adventure
The Black River flows from the western Adirondacks, through the Tug Hill region and empties into Lake Ontario. In Central New York the river offers choices for fishing, canoeing, white water rafting, kayaking, and scenic cruising. The Erie Canal and the Seneca Lake have many cruise options.


Shopping Complexes
Central New York has a number of shopping options. You can choose from malls, boutiques, shops selling antiques, farm outlets, to village shops. The malls to check out in this area are the Carousel Center Mall, Finger Lakes Mall, Great Northern Mall, and Shopping town Mall.

Important Buildings and Monuments
Downtown Syracuse has the greatest concentration of buildings with historic, architectural, and aesthetic merit in Central New York.

Central New York offers many attractive options that allow you to indulge in adventure sports, to learn more about American history, and to explore farm life. Winter offers skiing options and fishing is a popular sport in the lakes. The numerous museums and art galleries of Central New York offer a glimpse of history while the cultural fests offer complete entertainment.