How Many US States Does Mexico Border? - Answers 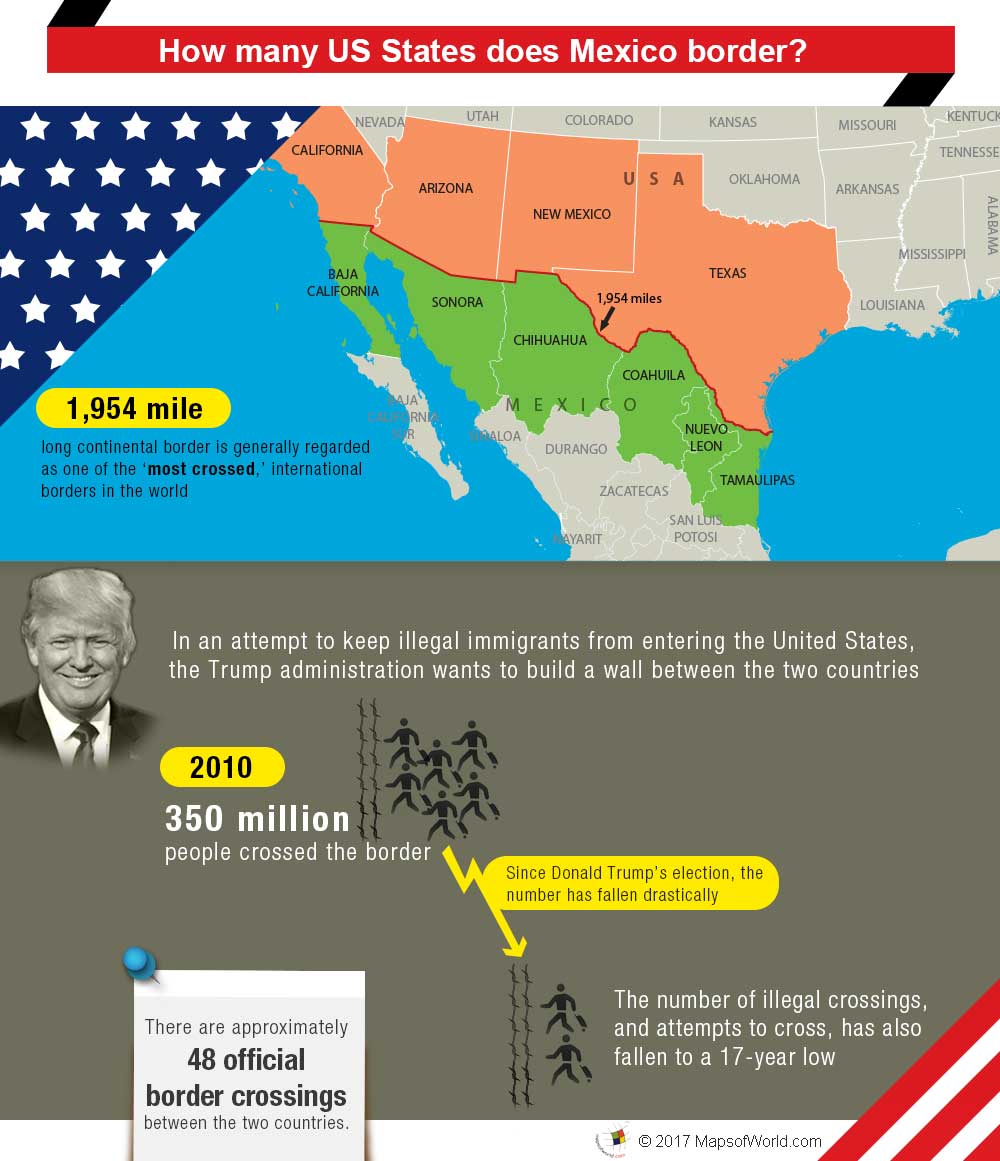 The US – Mexico border has been in the news, mostly in reference to a wall that the Trump administration wants to build between the two countries, in an attempt to keep illegal immigrants from entering the United States. In this context, it is useful to look at the four states that share a border with Mexico. The (US) states of California, Arizona, New Mexico, and Texas, lie along the US-Mexican border – California sharing the shortest border and Texas the longest.

This 1,954-mile-long continental border between the two countries is generally regarded as one of the ‘most crossed,’ international borders in the world.

In the year 2010, some 350 million people crossed the border. Early indication are that since Donald Trump’s election, this number has fallen drastically. The number of illegal crossings, and attempts to cross, has also fallen to a 17-year low. There are approximately 48 official border crossings between the two countries.

The states in Mexico that share the border with the US are – Baja California, Sonora, Chihuahua, Coahuila, Nuevo León, and Tamaulipas (east to west). Trump has aimed to get the funding for the wall, no matter what. This has even led to partial shutdown of the US government.