Walt Disney World is a wonderland and a dream destination located in central Florida. The Disney Parks is home to four different theme parks and two water parks. Enter into the realm of fantasy, click photos while undertaking safaris, watch a movie, ride a roller coaster, eat at a unique restaurant, shop till you drop and finally relax by a pool. What an adventurous journey!

Walt Disney World is situated in the city of Lake Buena Vista, in Orange County, Florida, near Orlando. The park is located at a distance of about 17 miles from the Orlando International Airport via FL-528 W/FL-528 Toll W. You can choose from car rental, limousine service, or airport shuttle to reach the park.

At Epcot, there are big thrills like Mission: SPACE, Test Track, etc. Fun for little ones includes a visit to The Seas with Nemo and Friends, Journey into Imagination with Figment, Kidcot Fun Stops, etc. Other attractions include Circle of Life, Ellen’s Energy Adventure, Living with the Land, etc.

Downtown Disney is the perfect place for you if you want to indulge in shopping, dining, and entertainment opportunities. Walt Disney, in the off seasons, sometimes gives discounted packages and they sometimes even customize the packages so that you can enjoy to the full.

In the Walt Disney World Resort, there’s something special for everyone. There are theme parks, water parks, resort hotels, and golf courses. Walt Disney is the perfect idea for an entertaining vacation with family and friends. Along with Disney world travel, you can extend your vacation by spending 3 or 4 nights on a cruise to the Bahamas or sailing on a 7-night Caribbean Cruise. 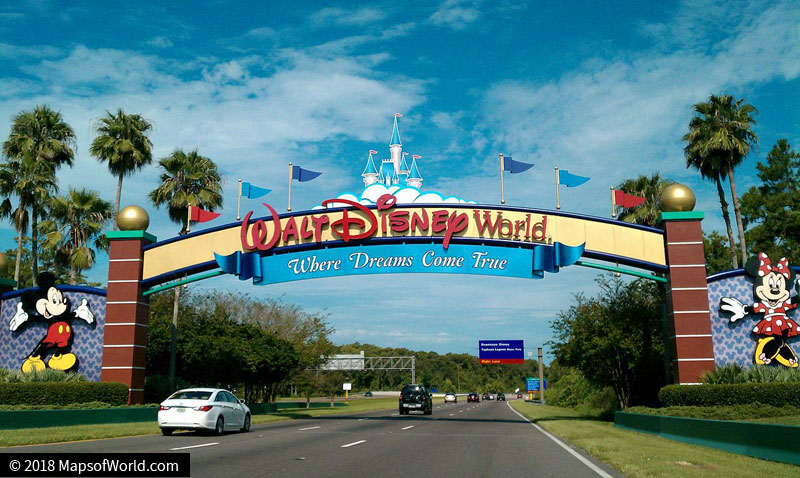 The best time to visit the park is a matter of discretion. The period between February-end to March-end is busy and pricey, but due to the spring, it is one of the best times. Other favorable durations are between the second week after Easter and the week before Memorial Day, mid-late October; and December (until a week before Christmas). The best time to avoid your visit to the park is the mid-August through early October (the hurricane season), and warm weather from mid-November through mid-February.

Check the current visiting hours at the official website disneyworld.disney.go.com/calendars/.

Which are the other Disney Resorts and theme parks?