What Are the Popular Places to Visit in Arkansas? - Answers 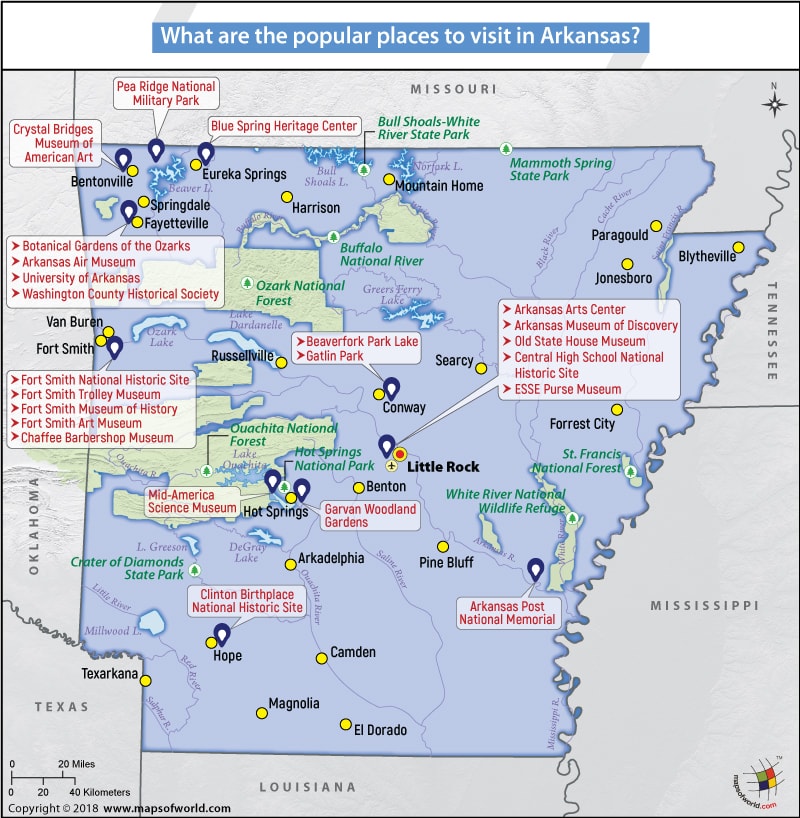 Arkansas, the 25th state to join the Union, has earned the nickname ‘The Natural State’ for a reason…The breathtaking natural beauty and the vast forest lands that cover most of the state, provide visitors with great opportunities for trekking and other adventure activities. Arkansas is located in the southeastern region of the US, and despite being the smallest state west of the Mississippi River, it is home to a population of over three million people.

There are seven National Park sites in the state of Arkansas. Each holds an insight into the culture, history, and beauty of the state.

Pinnacle Mountain, Lake Ouachita, Petit Jean State Park, and Devil’s Den State Park are among the most picturesque and wondrous places to visit in the state.

Despite its beauty and natural bounty, Arkansas is not all wilderness. Let us take a look at some of the important cities in the state –

Visit the following to learn more about Arkansas: