Is India An Emerging Superpower? - Answers 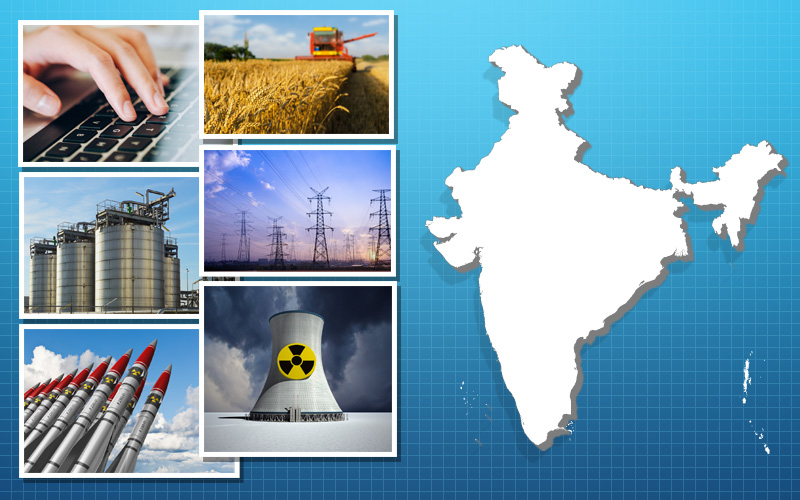 India is globally accepted as one of the emerging superpowers of the world.

Apart from being home to over 1.3 billion people (almost a fifth of the global population), the country has made its mark in the world, in terms of economy, military might, political influence, and cultural wealth.

India’s rapidly expanding economy is one of its key strengths. At a time when the global economic growth is pegged at merely 3.4 percent (FY 2016), India shines out bright with a growth figure of about 7.6 percent. Its vast and varied population makes it a great market for imports while it goes strong on agricultural, technological, and pharmaceutical exports. India is one of the quickly growing manufacturing hubs of the world and a preferred investment destination for foreign investors.

Technologically, India is one of the leading nations too. From nuclear research to space missions, from medical advances to software development, from producing engineering marvels to bio-tech research, India is increasingly slotted among the top destinations for study of science and technology.

India’s military might too, is a force to reckon with. The third largest standing army of the world belongs to India and all three armed forces – the Army, Navy, and Air Force are equipped with advanced arms and ammunition.

India is a leading tourist destination in the world. Its rich and vibrant culture and its diversity are key attractions. Despite this, India is also a politically sound and stable democracy – the biggest democracy in the world. Its influence in global organizations such as the UN, the BRICS network, SAARC etc. is at an unprecedented high. India’s widespread diaspora lends it the ability to forge deep and meaningful ties with countries across the globe.

There are a few challenges, though, that India must overcome before it finds global acceptance as a superpower. The Indian society is deeply divided along caste and religious lines. For the country to reap the benefits of its “demographic dividend”, the country must learn to place economic progress and overall development in the forefront.

Despite numerous attempts, India is yet to gain a permanent membership of the United Nations Security Council. The country’s turbulent relations with Pakistan and China, its neighbors, is also holding its progress back to a great extent by diverting essential resources towards managing security issues.