Which Countries Have No Income Tax? - Answers 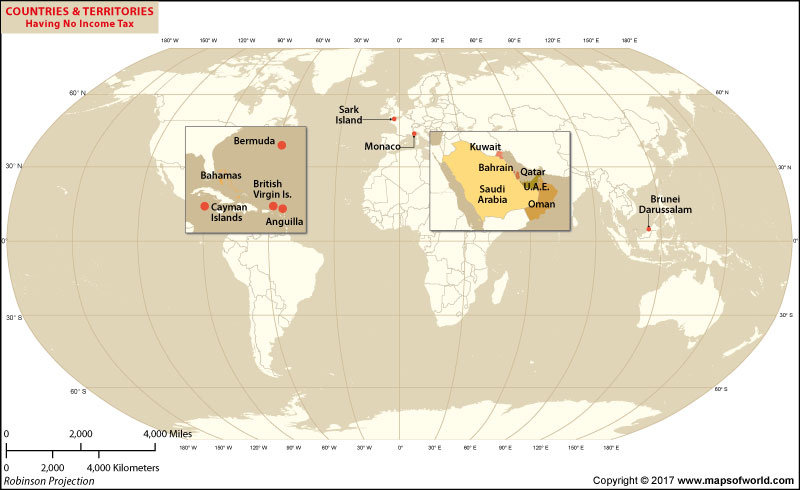 Income tax is defined as the tax that a government imposes on the financial income of individuals or entities within its jurisdiction. In most countries all individuals (adults) and businesses are required to file income tax returns every financial year. These returns determine if the individual or the business owes the government any income tax. The money collected from the various taxes imposed by the government (including income tax) goes into the public exchequer and is spent on the development of the country. While most countries of the world impose income tax, there are a few that do not. Here’s a list of the countries where any individual need not pay income tax (according to the KPMG Global Tax Rate Survey, 2015) –

Now while we enumerate these countries with no income tax, it is important to remember that most of these countries do impose other forms of taxes on the individuals and corporations within their jurisdiction. Corporate Taxes, Indirect Taxes, and Social Security Taxes are still revenue earners for the governments of these countries. Some of them also exempt tax on domestic income while taxing income from foreign sources.