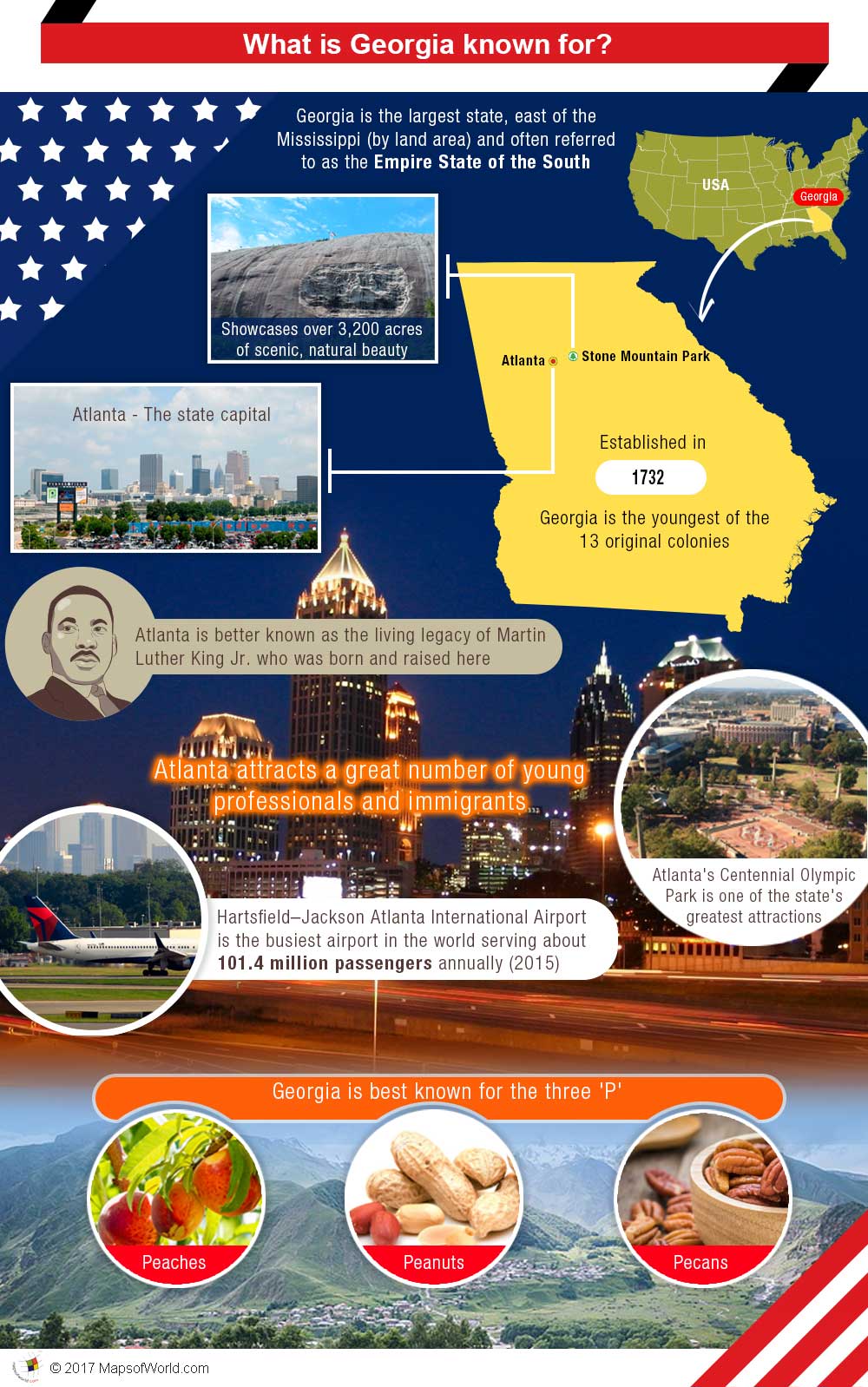 Georgia is Known for

The largest state east of the Mississippi (by land area), Georgia is often referred to as the Empire State of the South. Established in 1732, it was the youngest of the 13 original colonies, and is known for its warm, temperate climate.

Atlanta, the capital of Georgia is one of the biggest cities in the country, and attracts a great number of young professionals and immigrants. The affordable cost of living in Atlanta is a plus, but the city is also known as the living legacy of Dr. Martin Luther King Jr., who was born and raised here. What’s more, you’ll love Atlanta for its ubiquitous street art and for the World of Coca Cola.

Atlanta’s Centennial Olympic Park is a showcase, as is Stone Mountain Park nearby on over 3,200 acres of scenic, natural beauty.

Covering over 4,700 acres area, the Hartsfield–Jackson Atlanta International Airport is one of the busiest airports in the world. In 2015, the airport served about 101.4 million passengers.

Moving on, Georgia is known for the three ‘P’ – Peaches, Peanuts, and Pecans. Over 40 varieties of peaches are grown in the state. Georgia also produces more peanuts than any other US state.

It is also home to the 39th President of the United States, Jimmy Carter.