What are the popular places to visit in New Orleans? - Answers 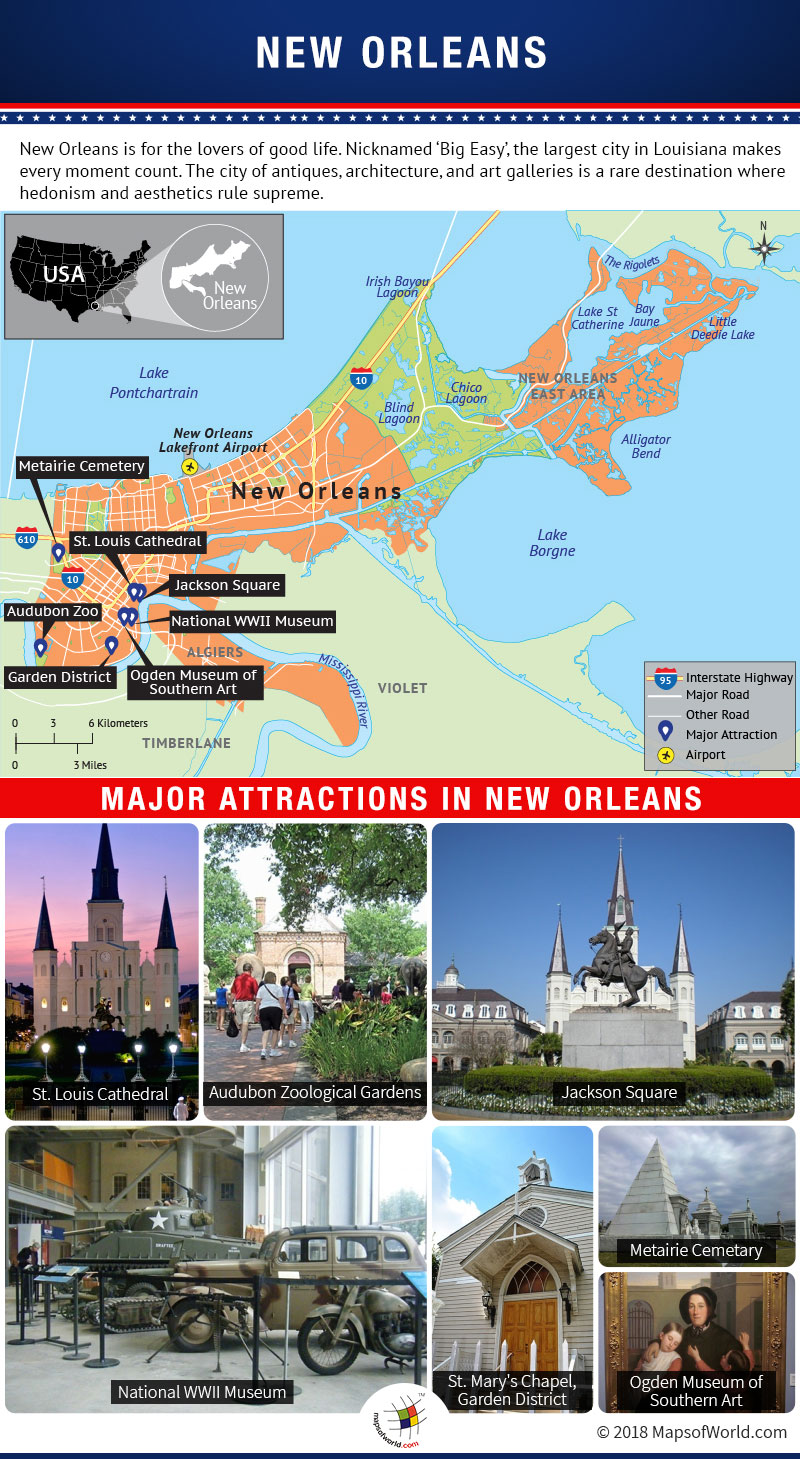 New Orleans is for the lovers of the good life. Nicknamed ‘The Big Easy,’ this most significant city in Louisiana makes every moment count. The city of antiques, architecture, and art galleries is a rare destination where hedonism and aesthetics rule supreme. The Mississippi River meanders through the hometown of jazz where the air smells of carnival and streets throb with masquerades and parades. The leisurely pace at which New Orleans goes about living is contagious. Spread yourself on the splendid parks, be one with the nighttime revelers, and raise a toast or two to this city.

New Orleans is the largest city in the state of Louisiana in the southern US. It is located on the coasts of Lake Borgne and Lake Ponchartrain, adjacent to the Gulf of Mexico. The Mississippi River flows through the city.

Places to Visit in New Orleans 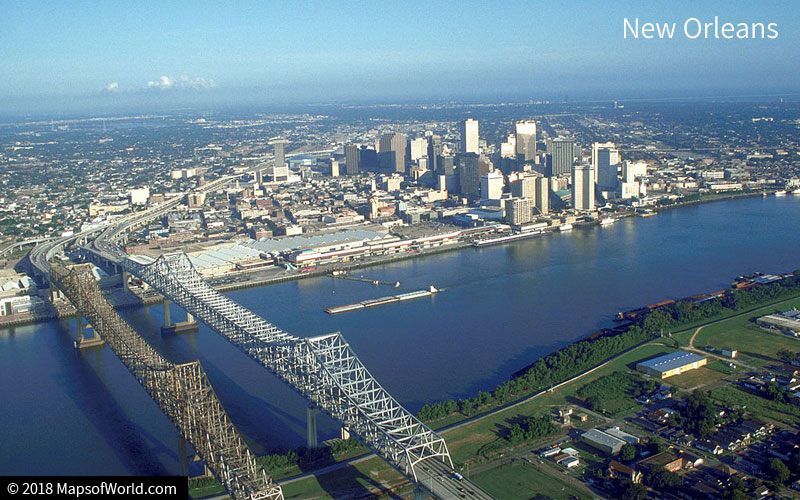 Out of all the spectacular tourist attractions in New Orleans, there are some which are not to be missed.

The French Quarter – The cultural hub of New Orleans is situated on a sharp curve by the banks of the River Mississippi. This is where locals take to streets to accord a warm welcome to its guests. The gleeful signs of life at the ‘Quarter’ keep the place bustling with joy all year round. Parks, music clubs, and shopping areas only add to the liveliness of the city.

National WWII Museum – A vivid collection of artifacts belonging to World War II makes this museum an enduring symbol of the city. The major attraction of the museum is a life-like depiction of the Invasion of Normandy (June 1944) – the largest amphibious invasion in the history.

City Park – Enriched with beautiful gardens, bridges, waterways, and an art museum, the City Park (3 miles long and 1 mile wide) is bigger than the Central Park in New York City. It is also a lush green space within the city.

Jackson Square – It’s a happening district at the heart of the French Quarter that seems to have been built around the ‘Jackson Monument.’ The laid-back setting and street performances by local artists are too tempting for travelers to resist.

Audubon Zoological Gardens – One of the best zoos in the US, it is known for its inhabitants like alligators, bears, bobcats, foxes, and snapping turtles. Besides, you get to see quite a few elephants and orangutans.

Cabildo – A fine combination of Spanish and French architecture makes this museum one of the most illustrated buildings in the city. From paintings of the old residents to a rare collection of Native American tools, you can gain an insight into the city’s past.

St. Louis Cathedral – The triple-spired cathedral, dedicated to the French King Louis IX, is one of the few surviving specimens of French architecture in the US.

Things to Do in New Orleans

New Orleans, like every major city in the US, is known for its cultural spectacles and activities.

Festivals – Food, music, literary, and cultural festivals keep the city on its toes. During Mardi Gras or Jazz Fest, the entire city gets into the groove. The annual New Orleans Film Fest or the Tennessee Williams Festival also add to the list of year-long events.

St. Charles Avenue Streetcar – Taking a ride in a streetcar – oldest continuously operating street railway – and visiting the historic district of the city is quite enriching.

Those looking for a value-for-money accommodation can check in at The Prytania Park Hotel, Prince Conti Hotel, Lafayette Hotel, Hotel Royal, or settle for hostels and guest houses.

Antoine’s, in operation since 1840, is one of the oldest restaurants in the country. It takes the credit for having invented dishes like oysters Rockefeller. Having turtle soup at Commander’s Palace is like a ritual for real foodies. Other top restaurants in the city that serve the best American fare include Restaurant August, Clancy’s, and Domilise’s Po-Boys. Surrey’s Juice Bar, Gautreau’s, Bacchanal, and Tuop’s Meatery are also in the good books of the food connoisseurs.

When you are in Orleans, it’s recommended to try Obituary Cocktail and Ramos gin fizz at any of the bars where the locals go. Places such as Arnaud’s French 75 Bar and Cure should make you happy.

During the months – December to May, you will find the city at its splendid best.

How to Reach New Orleans?

By Air – The Louis Armstrong New Orleans International Airport is the premier airport serving the city. It is 15 miles from Downtown New Orleans and a 23-minute drive away.

By Train – The New Orleans Union Passenger Terminal is the main railway station that connects the city to the rest of the country. The New Orleans’ Streetcar’ is also quite a handy option to get around the city.

By Road – US National Highways no. 10 and 610 passes by New Orleans and ensure smooth connectivity with other major cities in the country.