What are some of the most popular places to visit in Rhode Island? - Answers

Rhode Island is a beautiful state boasting of some beautiful mountains, lakes, and rivers. There are several state parks, beaches, and museums that draw the attention of many tourists every year.

Rhode Island is notable for being the smallest state in the country, located in the New England region directly underneath Massachusetts.

Its official name is actually “Rhode Island and Providence Plantations,” which is the reason why most of the state is not an island at all. 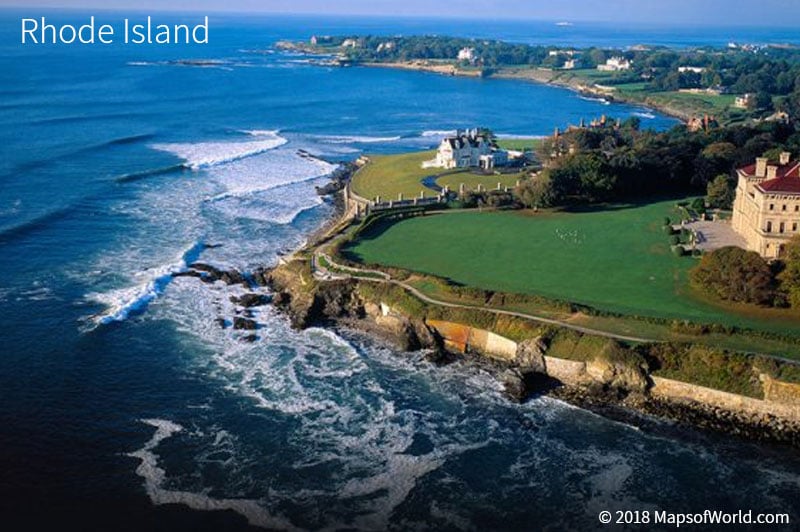 Places to visit in Rhode Island

Goosewing Beach: This is a rather quiet, pristine beach which lures tourists with its tidal pools, grassy dunes, and pebbly shores. Families often lounge around here for the coveted views of sunrise and sunset. In evenings, campfires are a common scene.

Rough Point: It was designed by Frederick Law Olmstead’s firm and built to perfection in 1887. This museum was initially Doris Duke’s (philanthropist, heiress, and art collector) oceanfront estate. There are some brilliant artistic treasures on display here which include European art, French furniture, Flemish tapestries and Chinese porcelains.

East Beach: This is a soothingly windy beach. It is perfect for strolling in the evenings and catching waves. It is also a usual hangout spot for the local teens. Interestingly, it is also very close to Taylor Swift’s summer retreat. So you might catch a glimpse of her!

Providence Children’s Museum: Located in the capital city of Rhode Island, the Providence Children’s Museum is a beautiful place for children. It is the first children’s museum in the state. The museum was founded in 1976 as the “Rhode Island Children’s Museum,” and got its present title in 1997. The most notable exhibits include a time-traveling adventure through the history of the state. It is open for children of age four and above. It has incredible hands-on programs that explore subjects like history, arts, history, science, and culture. The museum also embraces several forms of expression and learning styles.

The Breakers: Located in Newport, the Breakers is a national historic landmark. It is a Vanderbilt mansion administered by the Preservation Society of Newport County. The building has been constructed in a unique style known as the Gout Rothschild; it was designed by Richard Morris Hunt, an influential architect of the United States.

Roger Williams Park Zoo: Located in Providence, Roger Williams Park Zoo is one of the oldest zoos in the United States; it was founded in 1872. The zoo houses a variety of unique animals and birds including monkeys, bears, hoofstock, dinosaurs, raccoons, guinea pigs, white mice, squirrels, rabbits, hawks, peacocks, and anteaters. The zoo also has a children’s farmyard, a carousel, and a playground, making it a perfect family entertainment place.

Snake Den State Park: Established in 1969, the Snake Den State Park is a famous state park in Providence County, Rhode Island. The park provides ample recreational opportunities such as hiking, camping, and sight-seeing. The park also boasts of a variety of flora and fauna. It is open all the year round and one of the most-visited places in the state.