What are some of the most popular places to visit in Pennsylvania? - Answers 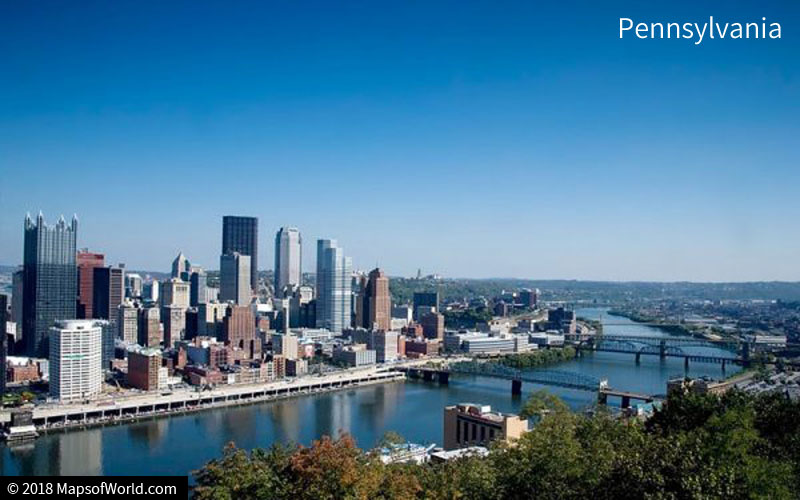 Pennsylvania is blessed with a great landscape. It boasts of rugged mountain trails, secluded forests and a waterway. It also features some significant monuments of America’s revolutionary history. Among these is the famous Liberty Bell in Philadelphia, which is a national icon of independence. The state is also home to the first national zoo in the United States. There is a total of 121 state parks, and the largest indoor water-park resort on the East Coast.

The Commonwealth of Pennsylvania is the only original US colony not to border the sea, being mostly surrounded by land with a small connection to Lake Erie in the northwest.

Pennsylvania has sixty-seven counties but can also be considered to be broken up into more general regions. 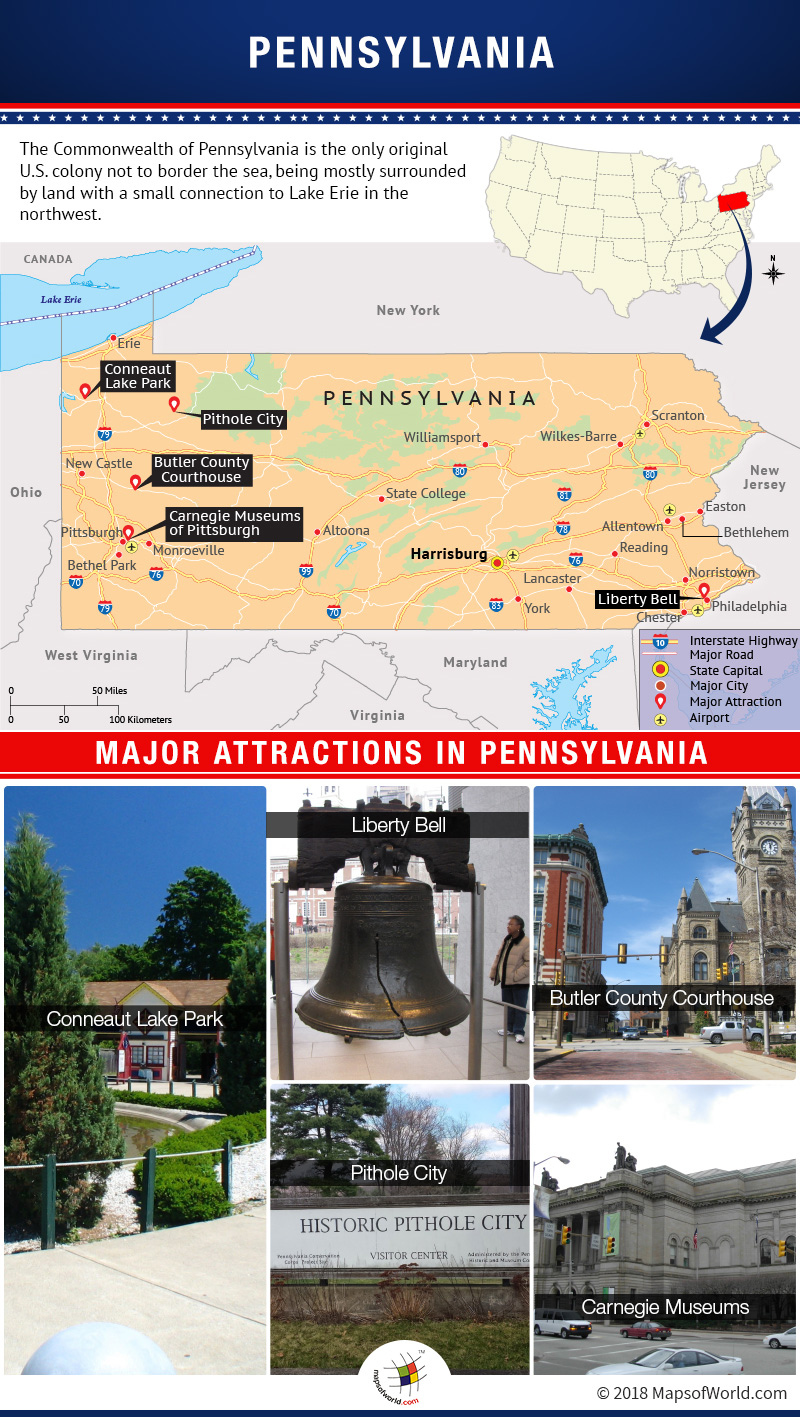 Places to visit in Pennsylvania:

Conneaut Lake Park: Is a summer amusement resort and is loved for its classic Blue Streak coaster. The Park offers thirty-four rides, including four roller coasters and three water rides. It is the state’s largest natural lake and was opened as Exposition Park in 1892, and renamed ‘Conneaut Lake Park,’ in 1920. It is spread across two hundred acres of land.

Liberty Bell: The Liberty Bell is located in Philadelphia. The bell was commissioned from London firm, Lester, and Pack, in 1752. The bell was rung to mark the reading of the Declaration of Independence on July 8, 1776. The National Park Service was allowed to take custody of the bell after World War II. It was adopted as a symbol by abolitionist societies in the 1830s. It was also used as a symbol of freedom during the Cold War.

Pithole City: Pithole or Pithole City is a ghost town in Venango County in Pennsylvania. It was founded on May 24th, 1865 and is owned by the Pennsylvania Historical and Museum Commission. It is listed on the National Register of Historic Places in 1973. At its peak, Pithole City had at least fifty-four hotels, three churches and the third largest post office in the state. It is the site of the first commercial oil well in the United States.