What are the popular places to visit in Gyeongju, South Korea? - Answers

Gyeongju, also referred to as the ‘City of the Ancients,’ is best known for its historic ruins that depict the famous Korean Buddhist art. The entire city is recognized by UNESCO as a World Heritage Site. Travelers visiting this historic city are in for a treat of over a thousand years of stunning preserved monuments and structures.

Gyeongju aka Kyongju, located in the southeast of South Korea, has a rich cultural heritage dating back to over 2,000 years. The Silla Dynasty, who started ruling the area with Gyeongju as capital since 57 BCE, began writing the city’s history with fortresses, temples, and palaces. After their almost 1,000 years of rule, the city faced some terrible invasions and destruction. At present, many of the buildings have been excavated and still stand to tell the tale of Gyeongju’s glorious past. 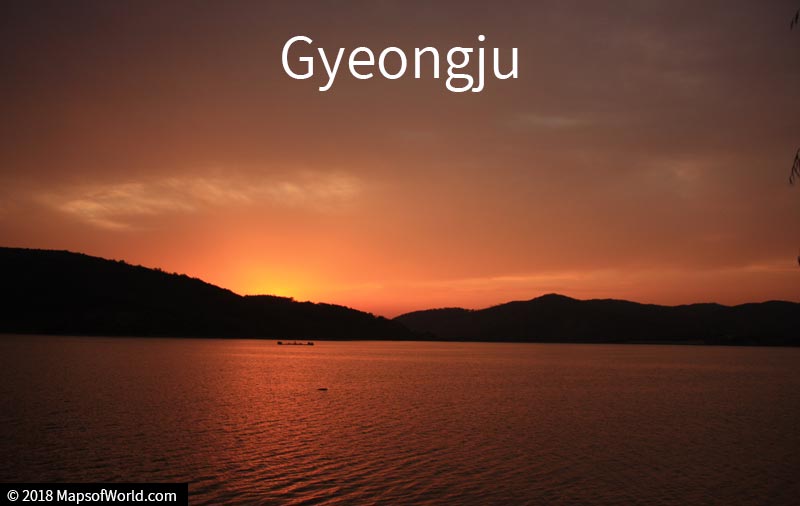 On a Gyeongju tour, every tourist should see the following attractions that define the city’s heritage and significance.

Bulguksa Temple: A Buddhist stone relic originally built in 528 CE, the Bulguksa Temple is renowned for its distinctive architecture. Its most interesting features include the 10.4-meter (about 34 feet) tall Dabotap and 8.2-meter (about 27 feet) tall Seokgatap pagodas which are both considered as Korean National Treasures. Throughout the years, the temple has undergone rebuilding and renovations several times due to the damage caused by mishaps, vandals, and invasions.

Seokguram Grotto: Built in the 8th century, Seokguram Grotto sits atop the eastern peak of the Tohamsan Mountain. An ‘artificial stone temple,’ Seokguram is made of granite and houses a number of Buddhist statues in a circular main hall. It took 24 years to complete its construction.

Gyeongju National Museum: History comes alive in the Gyeongju National Museum with artifacts and antiques spanning over 90 years. Divided into different halls and annexes, the museum lets the tourists see a variety of earthenware, jewelry, sculptures, artwork, household items, and other relics that were made by or belonged to rulers living in the Silla Period. The Bell of King Seongdeok is one of the must-see items in the museum.

Anapji Pond: Successive excavations in the past have revealed a great many sites in and around the Anapji Pond that are worth taking a look at, like islands, surrounding mountains, and buildings. Built during the 7th century, the Anapji Pond was originally a part of the Wolseong Fortress which is now in ruins. It is renowned for its picturesque views and the palace nearby, named Imhaejeon. The palace is believed to have been used by the crowned prince.

Tohamsan Mountain Natural Recreational Forest: 745-meter (about 2444 feet) high Mt. Tohamsan is a forest area inside the Gyeongju National Park. It is best known for historic relics like the Seokguram Grotto and the Bulguksa Temple. The area is a popular attraction for hikers and campers and offers a place for enjoying nature’s gifts. According to popular legends, the mountain was believed to be a ‘guardian’ of the country during the Silla rule.

Bunhwangsa Temple: A Buddhist temple built in 634 AD, the Bunhwangsa has been home to a number of priests over the centuries. Even though a major part of the temple is damaged due to raiders in the past, a few prominent structures are still standing, including the Danggan Pillars, Hwajaengguksabibu memorial stone, and the Mojeon Stone Tower.

Golgulsa Temple: Renowned as the only temple cave in Korea, the 6th-century Golgulsa Temple is dedicated to the Maya Tathagata Buddha. It features a four-meter (about 13 feet) high statue of the Buddha in the large Gwaneum Cave. Other caves here include the Jijang and Yaksa. The journey to the temple is considered quite adventurous owing to its location which can be reached after much rock climbing.

Donggung Palace and Wolji Pond in Gyeongju: This artificial lake was built in 674 CE by King Munmu. Oval in shape, it stretches 180m (about 590 feet) from north to south and 200m (about 656 feet) from east to west. It also contains 3 islands.

Seongdong Market: This is the city’s largest traditional market. From suitcases to spices to seafood, there’s a lot to explore here.

Yangdong Folk Village: This traditional village is from the era of the Joseon dynasty. It remarkably highlights the Neo-Confucian traditions and yangban lifestyle. You’ll be thoroughly impressed with its beautiful natural setting, traditionalism, numerous cultural assets, the degree of preservation and lastly, its size.

Bomun Lake Resort: This large tourist complex is situated around the Bomun Lake. It provides facilities of recreation, eatery, lodging, and sports to the tourists.

In order to systemize your Gyeongju tour, you can consider the city as five distinct areas or belts –

Mount Namsan Belt – has both pre-Buddhist and post-Buddhist sites, including the remains of 64 pagodas and 122 temples.

Wolseong Belt – considered as the birthplace of the Gyeongju Kim, clan founder, this belt has the Anapji Pond, Cheomseongdae Observatory, and ruins of the Wolseong Palace.

Tumuli Park Belt – has the royal tombs of rulers of the Silla Kingdom.

Sanseong Fortress Belt – is renowned for the mountain fortress and military sites.

Much of the attractions in Gyeongju can be seen while biking around the city. So, hire a bike and get a guide map from the tourist kiosks in either the main train station or the express bus terminal.

How to get to Gyeongju?

It is close to Busan, Pohang, Daegu, and Ulsan. These cities have regular bus services to the Gyeongju Bus Terminal. The journey takes about 40 minutes to an hour.

Gyeongju is also accessible from South Korea’s capital, Seoul, by train as well as bus. The traditional train service takes about five hours to reach Gyeongju main station in the city center. There is a high-speed train service as well, the KTX. It takes a little over two hours to reach Singyeongju, a Gyeongju suburb. You can reach the city from there by bus in about 15 minutes. Seoul’s Gangnam Bus Terminal has buses plying to Gyeongju Express Bus Terminal (journey time: four hours).

Make sure to check the departure timings beforehand so that your journey is well-timed.

Which are the famous attractions in the city of Gyeongju?

Gyeongju, like the rest of South Korea, has four well-defined seasons – cold winter, pleasant spring, hot and wet summer and autumn. Owing to the city’s size and location close to the southeastern coast, Gyeongju experiences a significant difference in temperature between its southern and inland parts. So, when the regions near the coast have milder weather, the inland basin areas have a comparatively extreme one, especially in summer. The coastal areas of Korea are prone to typhoons during the summer/monsoon season (from late June to early August). Gyeongju is also affected by these. So, travelers are recommended to avoid touring the city during this time.

What is the best Time to Visit Gyeongju?

The best time to visit is considered to be in the spring season, which is from March to May. Weather during these months is cool and pleasant. Temperature averages around 12.5 degrees Celsius (54.5 degrees Fahrenheit) annually.