What are the top 15 e-commerce friendly countries? - Answers 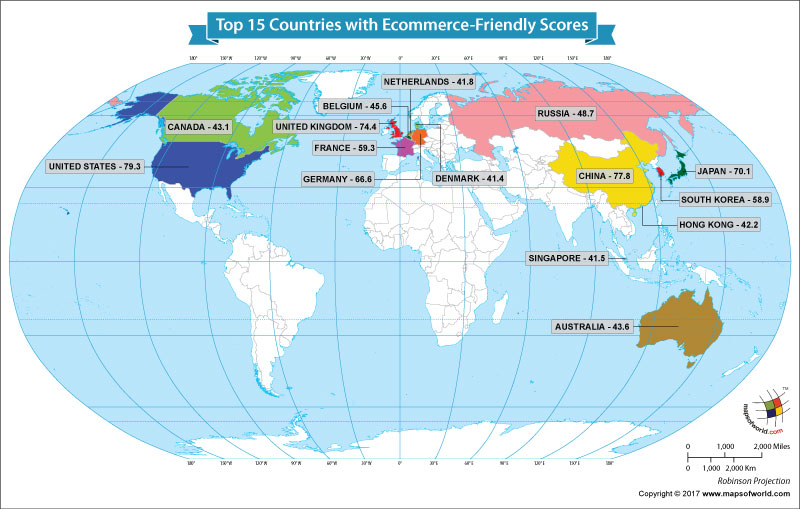 The A.T Kearney’s 2015 Global Retail E-Commerce Index ranks the top countries in the field of e-commerce. The index, which is based on several variables, includes both the big markets as well as the small. The index not only rates a nation’s current market but also accesses its potential for growth.

Germany, which occupied the fifth spot with a score of 66.6, is the second largest retail e-commerce market in Europe, just behind the United Kingdom. With a score of 59.3, the European nation of France stood at the sixth spot. South Korea, which was at the fifth rank in the 2013 index, fell to the seventh rank in the 2015 Global Retail E-Commerce Index. The nation had an online market attractiveness score of 58.9. The eight, ninth and tenth ranks went to Russia, Belgium and Australia, which had scores of 48.7, 45.6, and 43.6.

The other five countries/region among the top 15 e-commerce markets around the world were Denmark, Singapore, the Netherlands, Hong Kong and Canada. The online market attractiveness scores in these nations ranged from 41.4 to 43.1.

The table below gives information on what is the global online market attractiveness score of each nation.