Where Is Guantanamo Bay Located? - Answers 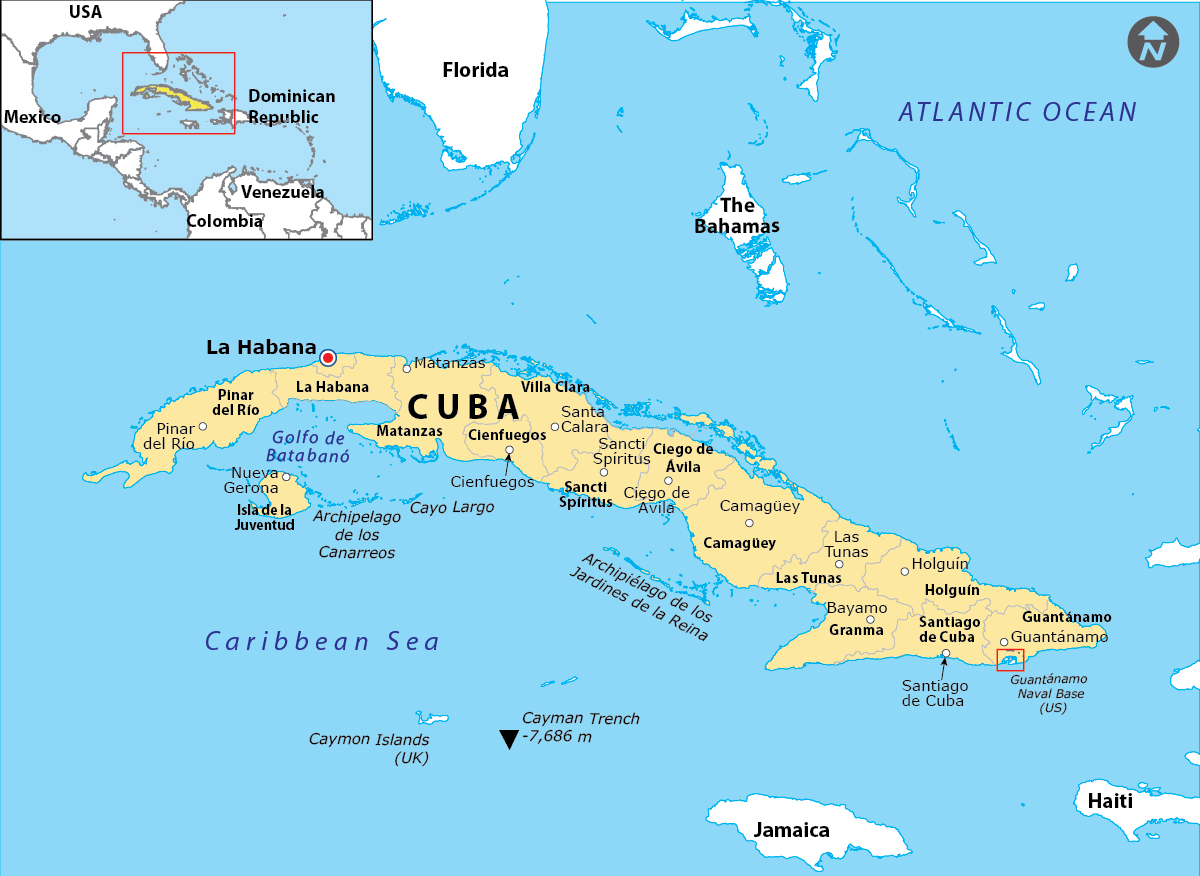 Guantanamo Bay is a bay on the southeastern end of the island of Cuba. It is surrounded by Cuba on the three sides and is at Cayman Trench in the Caribbean Sea. Guantanamo Bay commonly referred to as “Gitmo” or “G-Bay”, is a US Naval Base in Guantanamo Bay.

The United States of America operates a detainment and interrogation facility at the base and this detention camp has been the center of a raging human rights controversy for over a decade and a half.

The United States established a Naval Base in Guantanamo Bay in the year 1898 when it took over Cuba from Spain. In 1903, Cuba and the US Government signed a lease allowing the US to operate this facility.

Later in 1934, the US and Cuba again signed a treaty wherein it was agreed that despite Cuba maintaining its sovereignty, the US would exercise full control and governance of the Guantanamo Bay Naval Base.

Following the September 11 attacks on the US, the government embarked on a “Global War on Terrorism”. President Bush then ordered the Secretary of State to set up a detention camp in a location (not on American soil) which would allow the US to detain non-US nationals, who were considered major threats and suspected of indulging in terrorist activities.

The detainees of Guantanamo Bay are held at the facility without any charges. The US Department of Justice also ruled that Habeas Corpus petitions (seeking relief from illegal imprisonment without charges) may not be considered in case of Guantanamo Bay detainees.

Subsequently, hundreds of people captured during the war in Afghanistan, and detainees from other parts of the world were sent to the various camps – Camp Delta, Camp Echo, Camp Iguana, and Camp X-Ray at Guantanamo Bay.

From time to time reports of alarming human rights violations, inhuman living conditions, and news of torture (of the detainees) have surfaced. The US has faced much flak due to the maintenance of this detention and interrogation facility, but it is yet to shut down.

Over hundreds of detainees were released and transferred to other countries during the Bush administration; and several others during the Obama administration. Despite President Obama’s commitment to shut down the infamous Guantanamo Bay facility, Congress opposition has not made way for such a closure.