In Which Script Is Punjabi Written? - Answers 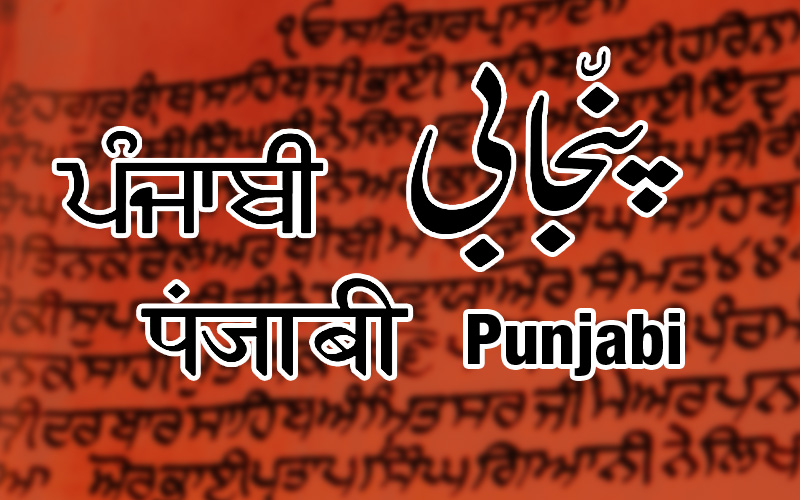 Punjabi is written in three different scripts. The Perso-Arabic script used by the people of Pakistan to write Punjabi is called Shahmukhi. The other script, used mostly by the Sikhs, is Gurmukhi. Hindu Punjabis use either the Gurmukhi script or infrequently, the Nagari script (which is used to write Hindi), to write Punjabi.

Punjabi is the language that evolved in the Greater Punjab region that included the Indian states of Punjab, Haryana, Himachal Pradesh, parts of Delhi, Union Territory of Chandigarh, some parts of Jammu region in the state of Jammu and Kashmir, and it extended till Multan (Pakistan) in the south and the Punjab (also called Panjab) province of Pakistan. It came to be spoken as a distinct language by the mid-11th century. The need for written Punjabi was felt after it started to be commonly used by the people of this region. Today, over 100 million people across the world are native Punjabi speakers.

Gurmukhi literally means “From the Mouth of the Gurus”. The Gurmukhi script has thirty-eight consonants (vianjan), ten vowel symbols (lāga mātrā), and three symbols for nasal sounds (bindī and ṭippī).

The script evolved from the ancient Brahmi script and is written from left to right. It was created and popularized by Shri Guru Angad Dev Ji, the second Sikh Guru. The sacred scripture of the Sikhs, the Guru Granth Sahib, is written in Gurmukhi.

The Perso-Arabic Shahmukhi script (written from right to left) was first adopted to write Punjabi by the Sufi poets of Punjab. Shahmukhi literally translates to “From the King’s Mouth”. Following the partition of India, Shahmukhi became default script of the Punjabis in Pakistan.

After the age of the Sikh Gurus, who are credited with largely shaping Sikh and even Punjabi society and language, came the age of the Sufi poets. The latter became responsible with the spread of the language by immortalizing folk tales in the form of ballads (such as the tales of Mirza-Sahiban and Heer-Ranjha). These were written in Shahmukhi.