What countries have the highest death rate due to Asthma? - Answers 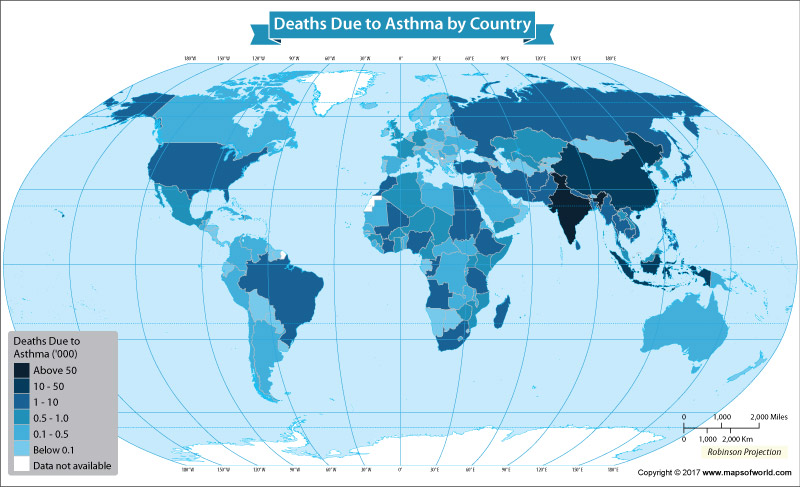 Millions of people across the globe are suffering from asthma. Unfortunately, there is no cure for asthma; however, avoiding triggers may help in preventing it. Many outdoor allergens and irritants such as pollen, mold, dust mites, air pollution, cold air, etc., can lead to asthma and thus these need to be avoided. In some cases, treatment also works well and the patient may have to use an inhaler.

For some people, asthma may be minor, but for others it is a big nuisance and may create problems in their day-to-day activities. However, at times it may even become life threatening and may lead to death.

According to a World Health Organization (WHO) data,  India  is the most affected nation. As per the data, in the year 2015, 55,184 people in the country died from asthma.

The second most affected nation was Indonesia, which witnessed 17,739 deaths in the same year.  China  was the third most affected country, witnessing 13,840 deaths.

Bangladesh, Pakistan, the  United States, the Russian Federation, Japan, Brazil, Iran, and many other nations witnessed between 1,000 and 10,000 people dying from asthma in 2015.

Meanwhile, countries such as France, the  United Kingdom, Germany, Zimbabwe, Somalia, Malaysia,  Niger and others saw deaths between the range of 500 and 1,000.