When Did Alaska Become Part of the United States? 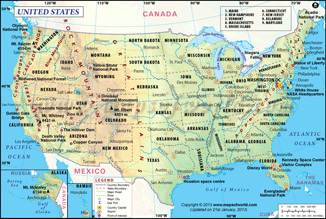 Russia had settled in Alaska since the 1790s, but fur trapping in Alaska turned out to be far less profitable than Russians originally thought. Transporting the fur across the Bering Strait was too costly.

Russia offered the territory, which they called Russian-America, to the United States, but the offer was not seriously considered because the Civil War broke out in the United States around the same time, and the President was too busy.

During this time period, communication overseas took very long, while overland communication was much faster. To remedy this, the UK began to seek other methods of communication between Europe and North America. The first attempt at the transatlantic telegraph cable was in 1857, by Cyrus West Field. At the time, just laying the undersea cable across the Atlantic was quite a feat, but the cable lasted less than a month before it broke.

When the cable broke, a man named Perry Collins went to Western Union Telegraph Company with a plan to connect North America with Russia via overland cable and then across the Bering Strait. Communications between the Russian and the United States governments increased, as they worked together on this Western Union Telegraph expedition.

Russian America began working on the telegraph cable, but rough terrain and harsh conditions slowed progress. Meanwhile, a transatlantic telegraph cable was finally successful in July 1866. The Russian American workers, however, did not find this out for an entire year, while they continued to work on their own telegraph lines. In July 1867, work on the Russian-American Telegraph was stopped. By this time, Russia had wasted a great deal of money on the telegraph system.

Though the Russian-American Telegraph was a failure and Russia was struggling financially, the expedition provided valuable information about the territory to the United States.

Russia wanted to unload the unprofitable territory before it was forcibly taken from them by the UK, so Russian America was offered again to the United States at a bargain.

The decision was unpopular, as most Americans believed Alaska was worthless due to cold temperatures and inability to farm. The Alaska Purchase was nicknamed “Seward’s Folly.” {Later, gold and oil were discovered in Alaska, making it one of the best sources for natural resources in the United States. Alaska’s abundant fish, oil, gold, timber and other resources have paid back the purchase price several times over

.}In 1884, Alaska became a civil and judicial district of the United States. With this, Alaska came under the US law and subsequently a federal court was established for law enforcement. In 1912, after international boundaries were demarcated between Canada and the US, Alaska became a US Territory. In 1942, during World War II (1939-1945) Japan occupied Attu and Kiska islands, which were repossessed by the US in 1943. Alaska became 49th state of the US in 1959.