What are the popular places to visit in Cartagena, Colombia? - Answers

Narrow cobblestone passageways, expansive windows embellished with bougainvillea, flamboyant graffiti at Calle de la Sierpe, throbbing nightclubs playing Salsa music, and the warmth of Caribbean Sea may assault your senses at first, but Cartagena is as hip as it gets. From the achingly beautiful Teatro Heredia in Centro to skyscrapers in Bocagrande, barrios of Cartagena are mystified by its romantic setting and colonial antiquity. 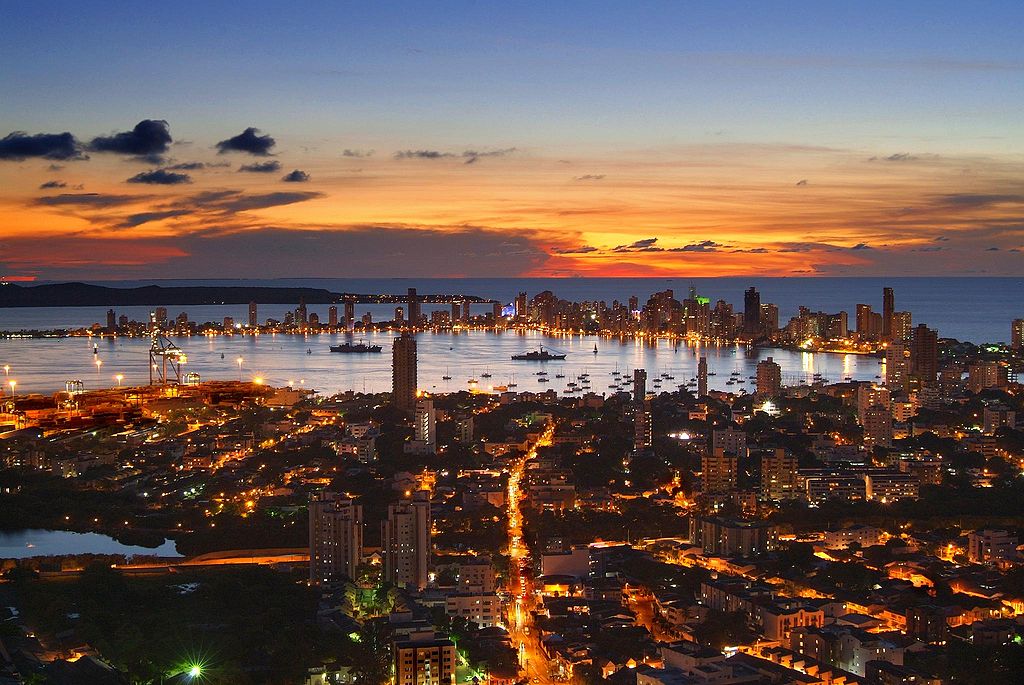 Places to Visit in Cartagena

Walled City of Cartagena: Located in the heart of old Cartagena, this magnificent place draws tourist like moths to a flame. The massive walls are up to 65 feet thick and run around the area for about 69 miles. The walls were built so as to protect the Cartagena from pirate raids, prevalent in the 16th century.

San Felipe de Barajas Castle: This 16th-century fortress is situated on the Hill of San Lázaro. In 1984, it was declared a UNESCO World Heritage Site. It now serves as a place for hosting cultural and social events of the government, and is open to tourists as well.

Plaza de La Trinidad: This is one place which is liked by families and night owls alike. There are plenty of restaurants and bars to dine and wine. Plus, you can easily find dancers, musicians, jugglers or acrobats that would entertain you for little money.

Sanctuary of Saint Peter Claver: Built between 1580 and 1654, this historic place houses the remains of the South American human rights pioneer, Peter Claver. You’ll be thoroughly impressed with the imposing stone facade and the way light comes dancing in rich colors in its interiors through stained glass windows. The tranquility vibe that lingers here is another level.

Plaza de San Diego: Set in the bohemian and lively neighborhood of Cartagena, this is a great place to see locals go on about their lives. It is also a popular place to relish local cuisine at chic restaurants present here.

Plaza Santo Domingo: This is one place where one moment you’ll be admiring the magnificent architecture and next you’ll be enjoying the balcony views and then gorging on delicious food at top-notch restaurants here. The primary draw is, however, the heavily breasted statue of ‘Gorda’ Gertrude, made by Colombian artist Fernando Botero.

Iglesia de la Trinidad: This lovely church sits on the top of an entertaining plaza. Its bright yellow color makes it stand out in its surroundings. Watch street performers in the act or locals go about their business from a serene setting of a bench outside the church.

La Gorda Gertrudis: Among the locals, this naked female sculpture is known as the ‘Statue of Fat Gertrudis.’ Carved in bronze, this ‘reclining figure’ rests on the sheet of the same metal on a limestone covered pedestal. It was made by the maestro Fernando Botero, known for his peculiar style of carving fat figures.

La Popa Monastery: Located on the highest hill of Cartagena, it provides thrilling views of the city. There’s a wooden statue of Virgin Mary placed in the chapel. Legend has it she appeared to an Augustinian monk and asked him to build the monastery at Cartagena’s tallest point.

Things to Do in Cartagena

From learning Salsa and Spanish to embarking on street food tours, the city offers a lot of thrills. You can also take day trips to nearby islands, sunset bird tours, mountain bike tours, soar on a Segway while taking some postcard-worthy snaps on a photography tour.

Chiva Tour – Don’t look surprised if a wooden bus (locally known as chiva), packed with musicians and entertainers drive past you. Just hop on this unique bus that takes you to those places only locals are aware of. It’s a great way to check out all the ‘should-dos’ of the city.

Beaches – Beaches in Cartagena may not be the best in South America, however, Playa Blanca, Islas del Rosario, and El Laguito are reasonable stretches of white sand well-equipped for travelers.

Shopping – Bikinis, hats, braided sandals, antiques, tribal bags, and maritime artifacts are among the wide range of souvenirs you can buy at Las Bóvedas. Being a tourist city, prices here tend to be higher and you should bargain before spending your pesos. You can get fresh seafood and unrefrigerated meats, buy tropical fruits, and grab a quick bite at the city’s central market, Mercado Bazurto.

Rosario Islands – Natural landscapes and coral formations, mangroves, exquisite food, and colorful marine life are features of this archipelago. It is located 100 km from the coast of Cartagena. It has a marine aquarium called Oceanarium that exhibits dolphins, reptiles, fishes, and marine plants. Rosario Islands National Park offers a perfect backdrop for water sports like swimming, snorkeling, diving, and fishing.

The cuisine of Cartagena is mainly based on seafood tempered with vegetables. You can taste the local dishes such as Ceviche, Mote de queso, and Posta sudada at traditional restaurants like Restaurante Bar La Vitrola, La Cevichería, Restaurante Paco’s, Restaurante La Casa de Socorro, and Quebracho Parilla Agentina. Cafe Havana and Malagana Cafe Bar are usually packed with tanned-travelers and trendy locals.

March to April and June to September are the best time to walk outdoors and enjoy the tropical weather in Cartagena.

By Air – Rafael Nuñez International Airport (CTG) is the gateway to the city and northern region of Colombia. It is connected by flights from Bogota, Panama, Venezuela, Mexico, and USA.

By Sea – Port of Cartagena is important for charter boats between Panama and Colombia. From Panama, you can board private boats that usually leave from Guna Yala or Portobelo area.l

By Road – The bus terminus is located 11 km east of the old city. Frequent buses are available to Barranquilla and Santa Marta. Highway 90 (Caribbean Transverse) connects Cartagena to other areas of Colombia.