What countries have been the winners in Chess Olympiad? - Answers 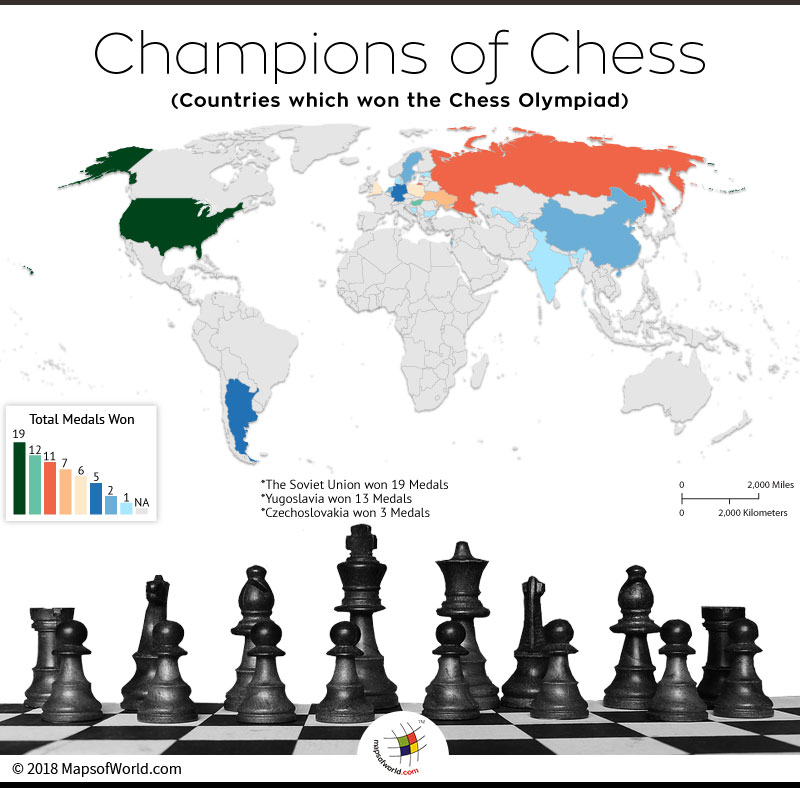 The two-player strategy board game – Chess, is known to have originated in ancient India, in the 6th century AD. The game has its mentions as ‘Chaturanga’ in Hindi Literatures – Mahabharata and Ramayana. Eventually, the game spread to the west, undergoing changes in strategies and the chess pieces. In the historical days, the pieces exuded a military aura as they were divided into the cavalry, elephants, infantry and chariots, but time witnessed these being replaced by knight, bishop, pawn and rook.

Whatever changes the game underwent, it cannot be denied that today Chess is one of the most popular games played around the world. Unlike sports which require more of a strength and stamina, chess requires brains and patience. A number of tournaments are held every year and Chess Olympiad continues to be a popular one.

Unofficially, the Chess Olympiad began in 1924 and the event was hosted in Paris. However, the official event was held in the year 1927 in London. The former nation of the Soviet Union was quite successful in the tournament, and had attained 19 medals over the three categories of gold, silver and bronze.

Ever since the nation split, 14 tournaments have been held in the last 26 years, from 1992 to 2018, at a regular interval of two years and it’s the United States of America who has dominated the tournament bagging a total of 19 medals.

Ironically, even though the game had its beginning on Indian soil, India has been able to win only one bronze in the 2014 tournament.