What are the popular places to visit in Hyderabad? - Answers

Hyderabad is a city of contrasts. Majestic monuments and centuries-old tombs co-exist with the swanky IT hubs and buzzing markets. The city of the Nizams, and once a princely state Hyderabad, is now one of the top tourist destinations of South India. From stately palaces and beautiful mosques to upscale shopping districts and beautiful artificial lakes, it is spectacular, to say the least. Famous food joints, classy hotels, and lively pubs are also a winning combination for travelers.

Hyderabad is the capital of the southern state of Telangana. Bengaluru and Chennai are its neighboring cities. 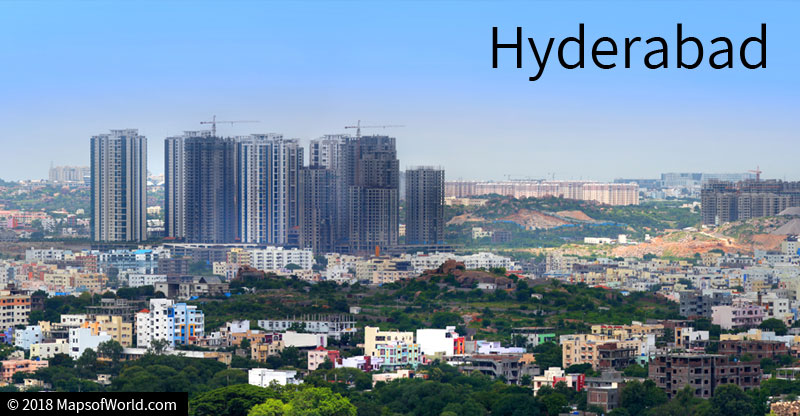 Charminar: It is the biggest tourist attraction in the city. The structure was built in 1591 to commemorate the founding of the city and the eradication of plague. Each side of the square structure has four huge arches and each corner has a minaret built into the main structure itself. The view from the top of the minaret is a must for any tourist visiting the city. The Charminar is also home to the city’s oldest mosque. Close to the main structure is another mosque known as Makkah Masjid. This was built using bricks made from soil brought from Mecca, the Holy Land for Muslims.

Golconda Fort: One of the largest forts to be built on the Deccan Plateau, the Golconda Fort should be on the itinerary of those visiting Hyderabad. The fort comprises mosques, armories, granaries, and dwellings, too. A unique aspect of the fort is its acoustics. The edifices of the fort are built in such a way that messages from one end of the fort can be heard from the other end and vice versa. In the evening, a light-and-sound show is held at the fort.

Falaknuma Palace: It is a fine blend of Italian and Tudor architecture. A major highlight of this 19th-century palace is the reception room that has frescoes in its ceiling. The Falaknuma Palace is believed to have the largest collection of Venetian chandeliers.

Qutb Shahi Tombs: These are the burial spots of seven of the eight Qutb Shahi rulers of the city, their family members, and favorites from their court. There are 21 magnificent tombs in all. The tombs are a blend of Persian and Hindu architecture and are cubical in shape with large domes and colonnades with detailed ornamentation. One of the most popular tombs is the one of Mohammed Quli, the founder of Hyderabad.

Chowmalla Palace: The lavish Chowmalla Palace was built in the 18th and the 19th Century and was the main residence of many of the Nizams. The place consists of beautiful garden courtyards and the Khilwat Mubarak, a magnificent durbarhall where the Nizams used to hold ceremonies. Inside the hall were 19 large chandeliers made from Belgian crystal. There are halls that display personal artifacts of the Nizams such as possessions, costumes, art, etc. At the southern courtyard is a 1911 Rolls-Royce that was only used for special occasions.

Birla Mandir: This magnificent temple is built using pure white marble and is built on top of Kala Pahad, the twin hillock of Naubat Pahad. The design of the temple has a semblance of the temples of Orissa and South India. The main deity of the shrine is Lord Venkateshwara and there’s an 11-feet tall statue dedicated to Him.

Lumbini Park: This rather small park is in proximity to various other tourist hotspots, such as  Necklace Road, Birla Mandir and more, which easily makes it a tourist magnet. The best part about it is, however, boating which attracts a large number of people. Other attractions to this park are multimedia fountain show, Buddha Statue of Hyderabad and a Water fall.

Shri Jagannath Temple: Built by Hyderabad’s Odia community, this modern India temple is dedicated to God Jagannath. There are also other shrines of Lakshmi, Ganesh, Shiva, Navagrahas, and Hanuman. There are some interesting facets of the temple as well. The red color of the temple is due to the usage of sand stone. Outside the temple, there are various amorous sculptures present which are said to represent a human being’s most innermost feelings and is thus instructive of the fact to leave them outside when you enter the temple.

Laad Bazaar: Also known as Choodi bazaar, this is a very old market known for beautiful bangles. The market is stretched for about 0.62 miles (1-kilometre) and has other shops like saris shops, imitation jewelry, and wedding related items, too.

By Air: The Rajiv Gandhi International Airport is located about 17 miles from the city center. Driving that distance will take less than an hour.

However, the Secunderabad Junction Railway Station is an intercity railway station located about 5 miles from the city center. Driving to the station would take approximately half an hour.

By Road: Hyderabad is well connected to other major cities in South India by road. A number of buses ply to all major cities nearby.

Those looking for budget accommodation should check out the Hotel Grand Sandarsini Inn or the Hotel Shree Venkateshwara. Mid-range travelers can gladly opt for the Leonia Holistic Destination and the Royalton Hyderabad Abids. High-end travelers should consider staying at the Trident or The Westin Hyderabad Mindspace.

The best time to visit Hyderabad is between October and February as the temperature stays quite mild at this time of the year.

What are the main languages spoken in Hyderabad?

The main languages spoken in Hyderabad are Telugu and English.

What is the driving distance between Hyderabad and Bengaluru?

The distance between Hyderabad and Bengaluru is about 355 miles. Driving will take about eight hours.