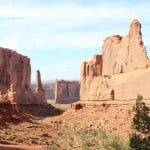 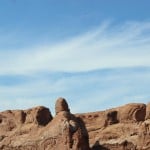 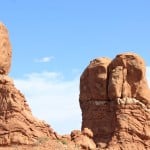 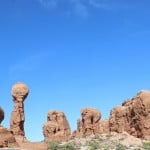 The Arches National Park is a natural red rock wonderland located in the US. The park is popular for its Delicate Arch, a number of soaring pinnacles, and balanced monumental rocks. It preserves more than 2,000 natural sandstone arches. Around 43 arches of the park have collapsed due to the erosion that began in the 1970s. The Arches Park is one of the most visited destinations in the US.

Animals and birds at the park

The park seems lifeless in its first look. However, it is a habitat of many animals. Different animals at the park can be spotted during different seasons. Rodents, birds and lizards are most frequently sighted. The desert is hot during the day, thus only a few animals can be seen in the park. Some of the diurnal animals at the park are: hawks, lizards, antelope squirrels, eagles, snakes, chipmunks, and rock squirrels.

At night the nocturnal animals such as woodrats, bats, kangaroo rats, skunks, mountain lions, owl, etc. are seen hunting for their prey. Crepuscular animals (the animals that are highly active during dawn and dusk) also reside in the park. Some of the animals belonging to the crepuscular group includes black-tailed jackrabbits, coyotes, desert cottontails, mule deer, porcupines, and a number of songbirds.

Activities at the park

Here is a list of the hiking trails in the Arches National Park categorized according to the level of the hikers: 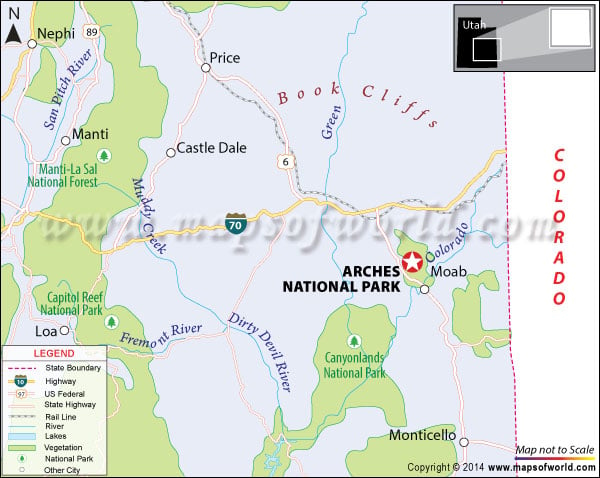 Where is Arches National Park?

The Arches National Park is situated in eastern Utah. The park can be reached within 20 minutes from the Canyonlands Field (airport) in Moab.

The best time to visit the Arches National Park is spring and fall season, because when daytime temperatures are generally between 60° and 80°F (16°-27°C), the nights are cool making the park a heaven for hikers. Moreover, the winds in the spring season are not dangerous.

The Arches National Park opens round the clock on all days. The visitor center opens from 9:00 a.m. to 4:00 p.m. on all days except on December 25.

Individual pass costs $10, while for vehicles the entry fee is $25. The tickets are valid for seven consecutive days.