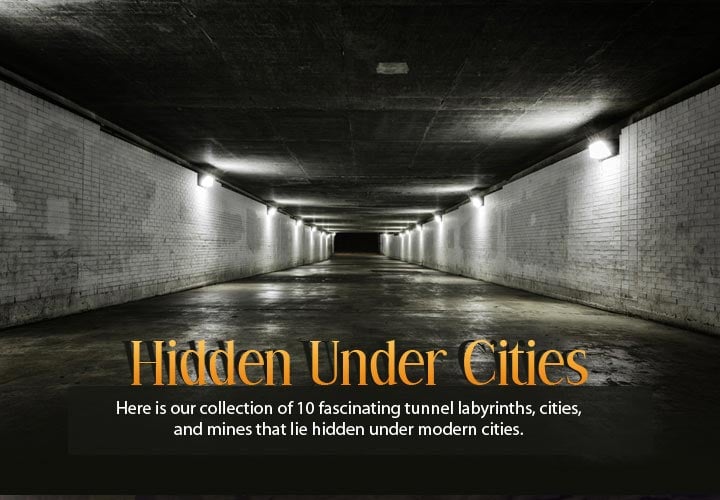 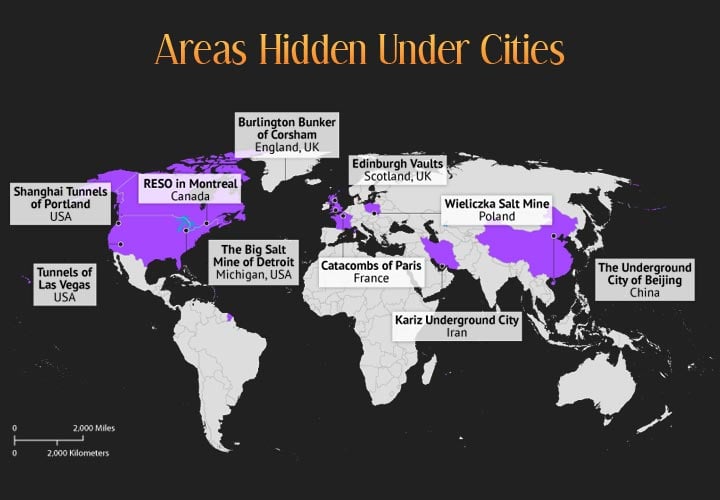 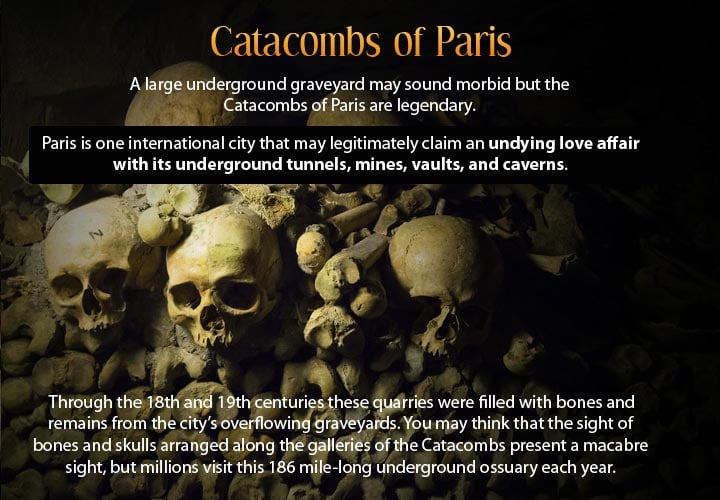 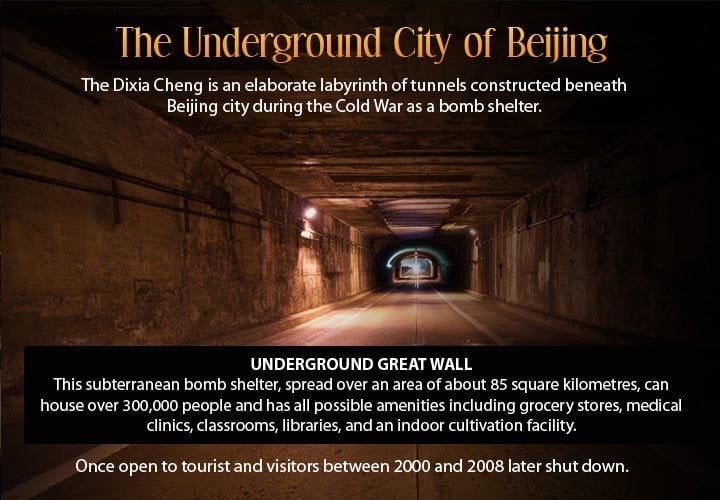 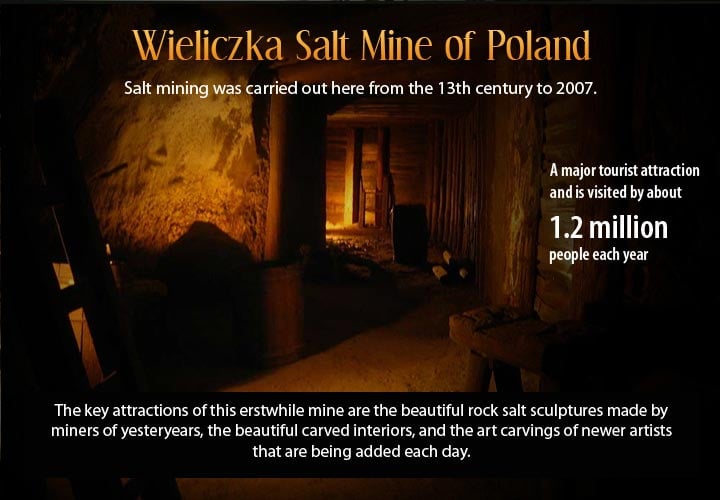 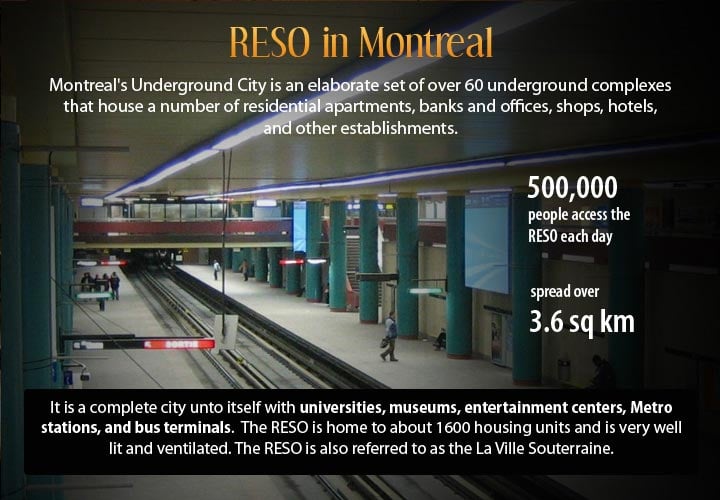 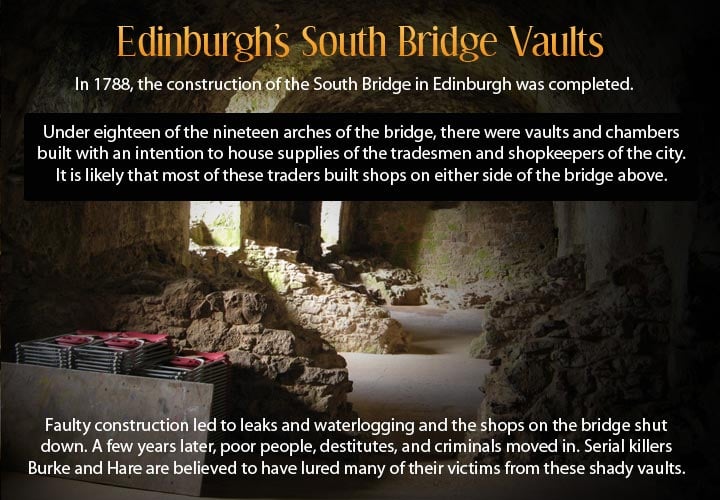 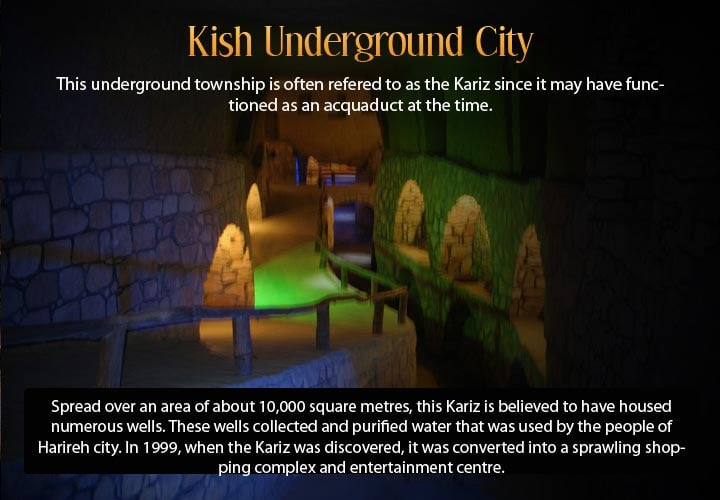 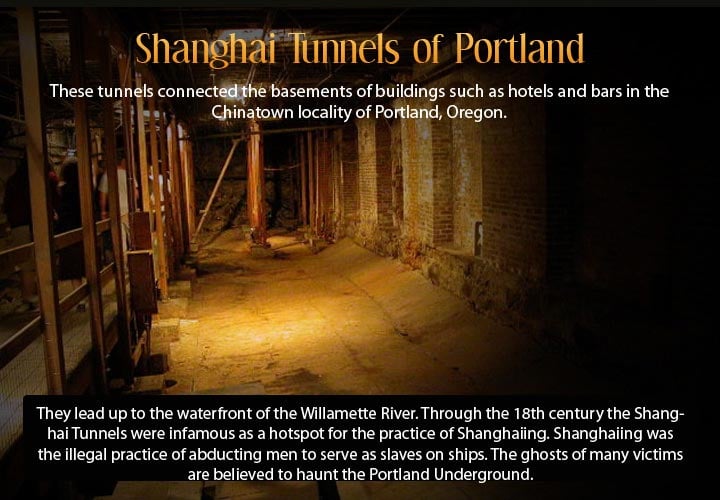 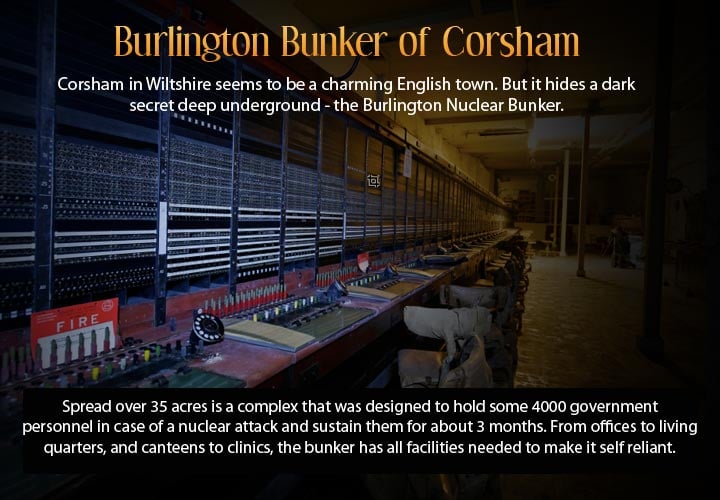 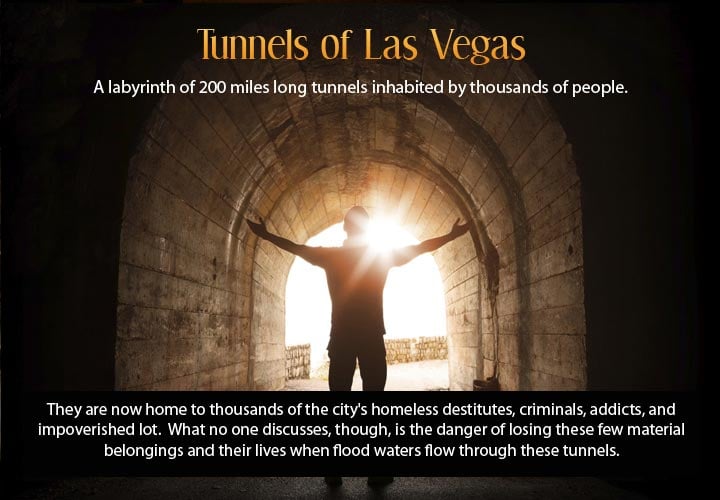 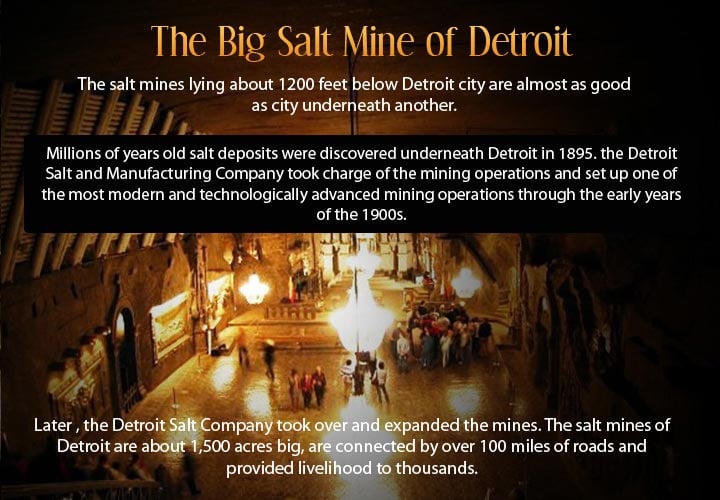 Here is our collection of 10 fascinating tunnel labyrinths, cities, and mines that lie hidden under modern cities
Numerous cities around the world have secret areas built in the past.
The Catacombs are a labyrinth right under the heart of Paris
It can house over 300,000 people.
The key attractions of this erstwhile mine are the beautiful rock salt sculptures made by miners of yesteryears.
It is estimated that about 500,000 people access the RESO each day.
Serial killers Burke and Hare are believed to have lured many of their victims from these shady vaults.
The subterranean city has existed for more than 2500 years
Through the 18th century the Shanghai Tunnels were infamous as a hotspot for the practice of Shanghaiing.
It is built 100 feet beneath the cobblestone streets of Corsham
These tunnels running under the Las Vegas Valley were initially built to protect the city from flash floods.
The salt mines lie about 1200 feet below

Built years ago to escape wars or perform illegal crimes, many popular cities of the world have underground areas with dark history. While some regions are close for tourists, others remain a tourist destination. And, there are a few areas which people have also inhabited and built their homes in.

Here is our collection of 9 fascinating tunnel labyrinths, cities, and mines that lie hidden under modern cities:

A large underground graveyard may sound morbid but the Catacombs of Paris are legendary. Paris is one international city that may legitimately claim an undying love affair with its underground tunnels, mines, vaults, and caverns. The Catacombs are a labyrinth right under the heart of Paris – a series of connected quarries that were the source of the limestone that went into building the city. Through the 18th and 19th centuries these quarries were filled with bones and remains from the city’s overflowing graveyards. You may think that the sight of bones and skulls arranged along the galleries of the Catacombs present a macabre sight, but millions visit this 186 mile-long underground ossuary each year.

In 1788, the construction of the South Bridge in Edinburgh was completed. Under eighteen of the nineteen arches of the bridge, there were vaults and chambers built with an intention to house supplies of the tradesmen and shopkeepers of the city. It is likely that most of these traders built shops on either side of the bridge above. Faulty construction led to leaks and waterlogging and the shops on the bridge shut down. A few years later, in moved poor people, destitute, and criminals. Serial killers Burke and Hare are believed to have lured many of their victims from these shady vaults. By the 1880s, these vaults were shut down by filling them up with rubbles and stones. It wasn’t till later in the 1980s that excavations were undertaken here and their history unearthed.

The Big Salt Mine of Detroit

The salt mines lying about 1200 feet below Detroit city are almost as good as city underneath another. Millions of years old salt deposits were discovered underneath Detroit in 1895. the Detroit Salt and Manufacturing Company took charge of the mining operations and set up one of the most modern and technologically advanced mining operations through the early years of the 1900s. Later , the Detroit Salt Company took over and expanded the mines. The salt mines of Detroit are about 1,500 acres big and are connected by over 100 miles of roads and provided livelihood to thousands. Some believe that the mines are meant to shelter the elite when the end of the world is near.

The Underground City of Beijing

The Underground City of Beijing, also referred as “Underground Great Wall”, is an elaborate labyrinth of tunnels constructed beneath Beijing city during the Cold War as a bomb shelter. Spread over an area of about 33 square miles, it was built because between 1969 and 1979 China’s relations with the USSR were at their worst, and there was an impending fear of a nuclear war. The area can house over 300,000 people and has all possible amenities including grocery stores, medical clinics, classrooms, libraries, and an indoor cultivation facility.
The Underground City was open to tourists and visitors between 2000 and 2008, but thereafter was shut down.

RESO or Montreal’s Underground City is an elaborate set of over 60 underground complexes that house a number of residential apartments, banks and offices, shops, hotels, and other establishments. It is estimated that about 500,000 people access the RESO each day. It is a complete city unto itself with universities, museums, entertainment centers, metro stations, and bus terminals. Spread over 1.3 square miles, the RESO is a swanky locality loved by the residents and those frequenting it. Home to about 1600 housing units, the area is very well lit and ventilated. The RESO is also referred as the La Ville Souterraine.

Wieliczka Salt Mine of Poland

Located under the town of Wieliczka in Poland, it was an area where salt mining was practiced since the 13th century till year 2007. Now, a major tourist attraction, the sale mine is visited by about 1.2 million people each year. The key attractions of this erstwhile mine are the beautiful rock salt sculptures made by miners of yesteryears. The beautiful carved interiors, and the art carvings of newer artists are being added each day.

The Sin City has a dark secret that only few people know – a labyrinth of 200 miles long tunnels are inhabited by thousands of people. These tunnels running under the Las Vegas Valley were initially built to protect the city from flash floods. Now city’s homeless destitute, criminals, addicts, and impoverished lot live here. Many of the inhabitants have built themselves small living quarters from the castaway furniture of more affluent households. What no one discusses, though is the danger of losing these few material belongings and their lives when flood waters flow through these tunnels.

Corsham in Wiltshire seems to be a charming English town. But, there is a secret Burlington Nuclear Bunker, built 100 feet beneath the cobblestone streets of this rustic town. It is a massive nuclear bunker from the Cold War era. Spread over 35 acres, it is a complex that was designed to hold some 4000 government personnel in case of a nuclear attack and sustain them for about 3 months. From offices to living quarters, from canteens to clinics, the bunker has all facilities needed to make it self reliant. It was only in 2004, when the facility was decommissioned and bunker’s existence was revealed to people.

Located on an island off the Iranian coast, the subterranean city has existed for more than 2500 years. This underground township is often referred as ‘Kariz’ since it may have functioned as an aqueduct at the time. Spread over an area of about 10,000 square metres, it is believed to have had numerous wells, that collected and purified water. In 1999, when the Kariz was discovered, it was converted into a sprawling shopping complex and entertainment centre.

What is a labyrinth of underground tunnels worth without a ghost story to match? Welcome to the Shanghai Tunnels or the Portland Underground. These tunnels connected the basements of buildings such as hotels and bars in the Chinatown locality of Portland, Oregon. They lead up to the waterfront of the Willamette River. Through the 18th century the Shanghai Tunnels were infamous as a hotspot for the practice of Shanghaiing. Shanghaiing was the illegal practice of abducting men to serve as slaves on ships. The ghosts of many victims are believed to haunt the Portland Underground.