What are the popular places to visit in Delhi? - Answers

Majestic, diverse, and lively – these three words sum up everything that defines Delhi, the capital of India. It is a mishmash of medieval forts, throbbing marketplaces, colonial buildings and chic malls. The City of Djinns has a lot more to it than what meets the eye and every tourist who visits the city goes back home with a different story to tell.

Delhi is located in the Northern Plains of India. In the north, west, and south, Delhi shares its border with the state of Haryana. It has Uttar Pradesh (UP) on the east. 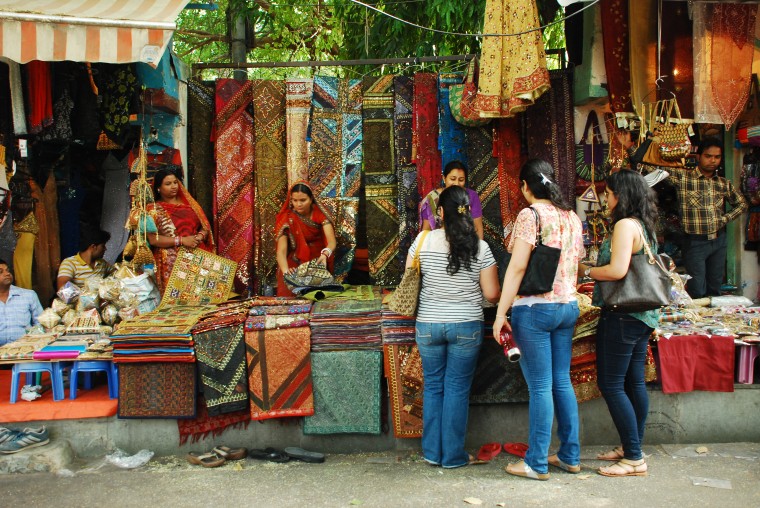 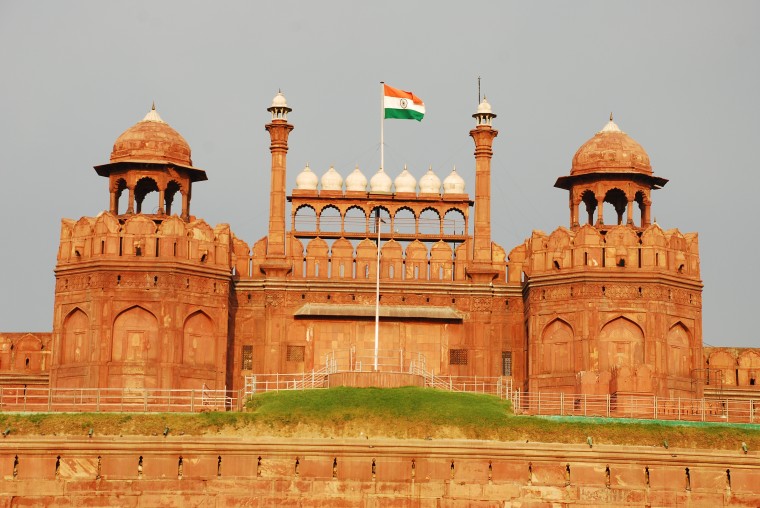 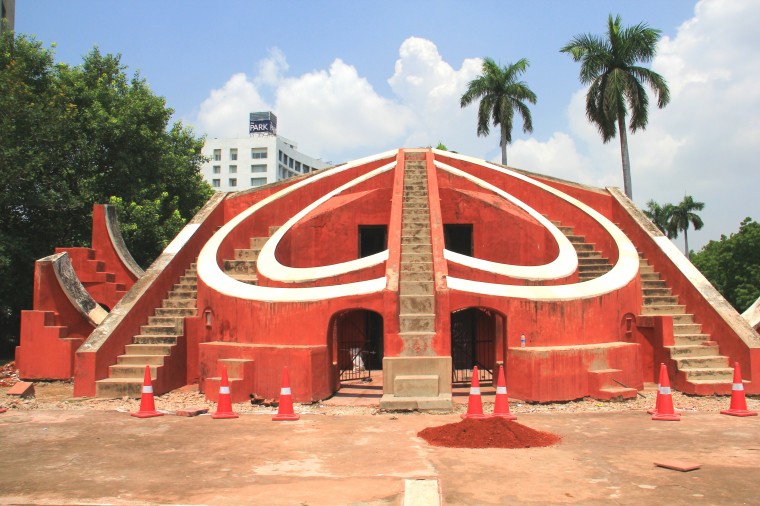 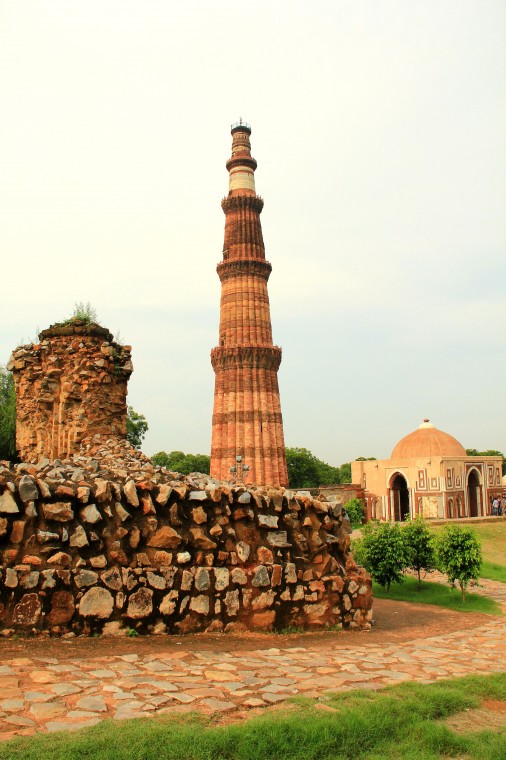 Majestic, diverse, and lively – these three words sum up everything that defines Delhi

Tourist attractions in Delhi (in no particular order)

Red Fort: Built by the Mughal Emperor Shah Jahan, the Red Fort is a massive fortress made of marble and red sandstone. This beautiful building was once captured and turned into a barrack by the British. The massive gates of the fort are a wonder in their own right. The fort houses the Diwan-i-Am (the hall of public audience) and the Diwan-i-Khas (the hall of private audience) where the famous Peacock Throne was kept. The Khas Mahal within the Red Fort was the private residence of the emperor. In the evening, a light-and-sound shows are held at the fort which details its rich history.

Qutb Minar Complex: Also written as Qutab Minar or Qutub Minar, it is the tallest brick minaret in the world and is amongst the oldest monuments in the city. The minaret is adorned with beautiful carvings and verses from the Quran. However, it is not possible to climb to the top of the structure as it has been cordoned off. There are numerous ruins around the minaret such as the Quwwat-ul-Islam Mosque, the first mosque to be built in India. There is also the Iron Pillar, a metallurgical wonder as it is resistant to rusting.

Jama Masjid: The largest mosque in India is an oasis of tranquility despite being surrounded by the hustle and bustle of Old Delhi. The mosque was built by Emperor Shah Jahan in the mid-1600s. It has a stunning appearance, thanks to the alternating strips of red sandstone and white marble that is used on its exterior. Tourists can also climb to the top of the southern minaret to get a panoramic view of the city.

Humayun’s Tomb: The tomb is a fine specimen of architectural precision of the Mughal era. It is a thoughtful mix of Persian and Mughal styles that later inspired the design of the Taj Mahal, the most famous monument in India. Char Bagh, which means four gardens, is a Persian-style garden surrounding the main structure. It’s almost as beautiful as the structure itself.

Chandni Chowk: One of the oldest and busiest markets in entire India, Chandni Chowk is a Mecca for street shoppers. The quaint and narrow streets that make up the market also offer excellent photographic opportunities including century-old buildings. Chandni Chowk is also considered one of the best places to try street food in Delhi.

Akshardham Temple: The majestic Akshardham Temple has attributes of Gujarati, Orissan, Mughal, and Rajasthani architecture. The boat ride within the complex takes tourists through an animatronic depiction of the rich history of India. There are also musical fountains, numerous statues, and carvings offering an insight into Hindu mythology.

Gurudwara Bangla Sahib: This is a very prominent Sikh gurdwara and is associated with Guru Har Krishan, the eighth Sikh Guru. Tall flagpole and golden dome are its striking features which make it easily  stand out. Inside the complex, there’s a pool called “Sarovar” which is greatly revered.

ISKCON Temple: Dedicated to Lord Krishna and Radharani, it was opened to public in 1998. It has large number of room for service renders and priests. It also houses a large number of halls which are used for hosting seminars.

National Museum: Indian history dates back to more than 5,000 years and the National Museum is the place to learn more about it. Here, tourists get to see some very rare artifacts such as paintings, statues, textiles, weapons, and a lot more belonging to the Harappan Civilization. Close to the museum is Rajpath where tourist can view the Rashtrapati Bhavan (Official residence of the President) and the India Gate.

Lotus Temple: It is one of the seven major Bahai temples around the world. It has been named so for its architectural semblance with lotus. Built with pure white marble, this architectural marvel attracted more than 70 million visitors within first 15 years of its establishment. It stays to be one of the most visited buildings in the world.

Jantar Mantar: This 18th-century observatory houses 13 instruments related to architectural astronomy. Jantar Mantar was built with a purpose of compiling astronomical tables, predicting the movements of the sun, moon, and planets.

Lajpat Nagar Central Market: Nestled in the South Delhi district, this is a popular commercial shopping center for Delhites and tourists alike. Regarded as a paradise for budgeted shoppers, the market has everything from fancy apparels to enticing jewelry. The list also extends to textiles, electronics items and more.

Rashtrapati Bhavan: Located at Rajpath’s Western end, this is the official residence of President of India. The part of it which is called mansion has 340 rooms which include offices, guest rooms, and reception halls. Rashtrapati Bhavan also refers to 130-hectare (320 acres) Presidential Estate which additionally includes residences of bodyguards and staff, Mughal Gardens and other utilities and offices. It is counted among the largest (in terms of area) residences of state’s head in the world.

India Gate: Located near the Rajpath, India gate is a memorial to British Indian Army’s 70,000 soldiers who died in the First World War. There’s also a structure ‘Amar Jawan Jyoti’ which is a memorial constructed to commemorate the martyred in the Indo-Pakistani War of 1971. The Jyoti has a permanent light from CNG flames and makes for a spectacular view, especially at night.

Lodi Gardens: This city park housing Tomb of Sikandar Lodi, Mohammed Shah’s Tomb, Bara Gumbad, and Shisha Gumbad is spread across the area of 90 acres. It also contains impressive architectural works of Lodis from the 15th century. The gardens are a hotspot for the local joggers in the morning.

Rajpath: This boulevard stretches from Rashtrapati Bhavan through Vijay Chowk to National Stadium, Delhi. This is one of the most important roads in India as it is used for key political leaders’ funeral processions and annual Republic Day parade. It was also featured in the movie Gandhi.

National Museum: Established in 1949, it is one of the largest museums in India. It holds about 20,000 artworks of both Indian and foreign regions covering a span of 5,000 years in the history. It also holds articles belonging to the pre-historic times as well as a number of modern works of art.

Janpath: It is mainly noted for the Janpath market which is always flocked with tourists and the locals. Here you can find products which you wouldn’t find in showrooms or malls in the city – making the market extra special. Being one of the oldest markets of the capital, it also houses some boutiques from the 1950s.

Garden of Five Senses: Located in Saidul Ajaib village, this park is spread across 20 acres. It has various theme areas, prominent among them is one which is on the lines of Mughal Gardens. It also has bamboo courts, a solar energy park, pools of water lilies, and herb gardens.

Indira Gandhi Memorial Museum: This museum is a great way to peek into the life of Nehru-Gandhi family. This was earlier the residence of Indira Gandhi and then later turned into a museum. One can here see the rare photographs of the Nationalist movement and personal moments from Indira’s childhood.

Adventure Island: This family-friendly theme park has ultra-modern slides and amazing water coasters. Other highlights include green & jungle maze and boats & rides. Spreads over 62 acres, it is well connected to different parts of the city through the Metro.

Khan Market: This marketplace caters to the high-end shoppers. You’ll easily find showrooms and stores of well-known brands. From posh jewelry stores to uptown apparels markets, everything is just a stone’s throw away here. The other thing the Khan market is famous for is its food, especially kebabs.

Purana Qila: One of Delhi’s oldest fort, it is believed to be built under Afghan Sher Shah Suri and Humayun. Looking at the architecture, you can see the glimpse of Delhi’s glorious past. Mughal artworks are the highlights of this historic marvel.

Hotel Sunshine and Hotel Amax Inn are comfortable and reasonable options for budget travelers. Mid-range travelers will find excellent value for money in Bloomrooms and the Prime Balaji Deluxe. Those looking to splurge should check-in at The Leela Palace and the Taj Palace Hotel.

By Air: The Indira Gandhi International Airport is the only airport that serves Delhi.

By Road: Delhi is well connected to nearby cities by a network of highways. There are a number of buses that ply from the city to other towns and cities nearby.

Although several regional languages are spoken in Delhi, Hindi is the most common. English is widely spoken and understood.

The period between October and March is considered the best time to visit the city.