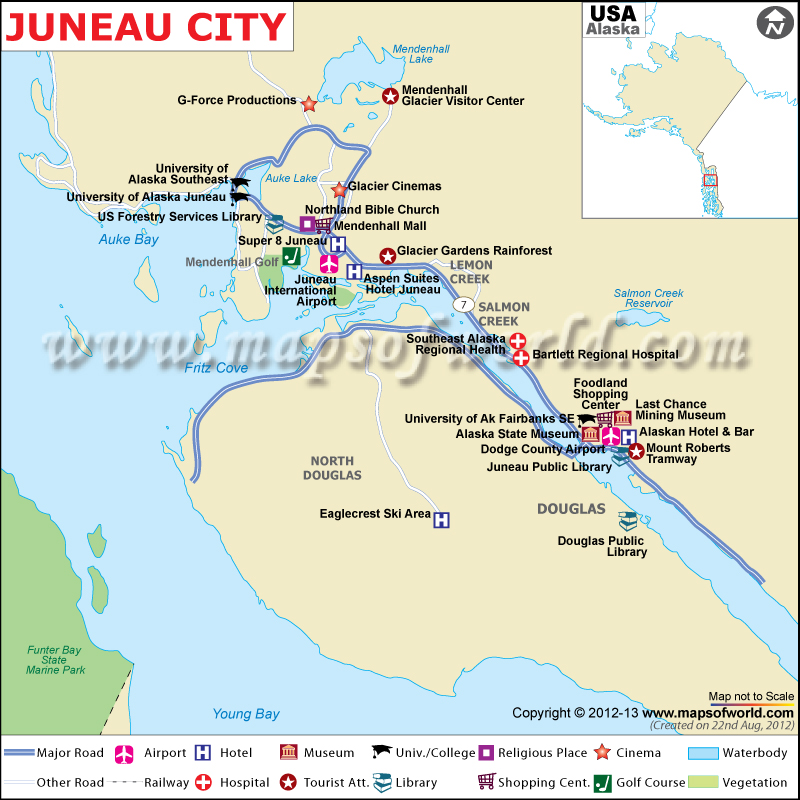 Juneau is the city and the capital of the US state of Alaska. Founded in 1881, the city was named after gold prospector Joe Juneau. It was formed when the two men marked a 160-acre town site, which became a mining camp.
Later this camp developed into a small town named Harrisburg. This was renamed to Rockwell later and in 1881, the name was again changed to Juneau. Alaska was granted statehood in 1959 and the city flourished a lot. It later enhanced with increased government and tourism jobs. It is the third largest city in the world and has one of the largest gold mines in the world.

Transportation in Juneau:
There are several means by which you can travel to Juneau. It is easily accessible by both sea and by air. The ferry service of Alaska Marine Highway System is a very convenient mode of transportation in Juneau. The Juneau International Airport has several scheduled flights operating to and from Juneau. So you can also take the air route to reach Juneau.