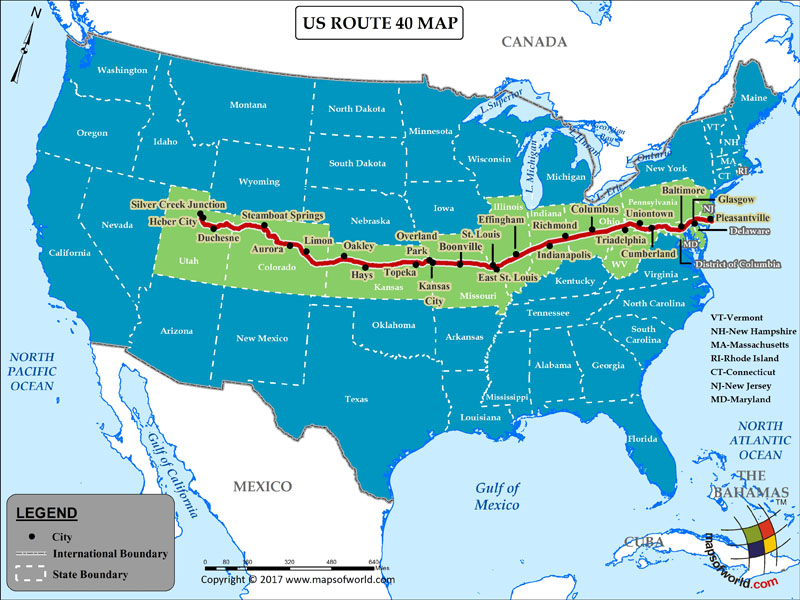 The US Route 40 was an early US Highway, dating back to 1926, and at one point it covered almost the entire United States. Its original starting point was San Francisco, California, and went to Atlantic City, in New Jersey. US Route 40 was replaced by Interstate 80, in the western United States. Some of the major junctions that connect with US Route 22 are; I-80, I-25, I-35, 1-57, I-75, and I-79.