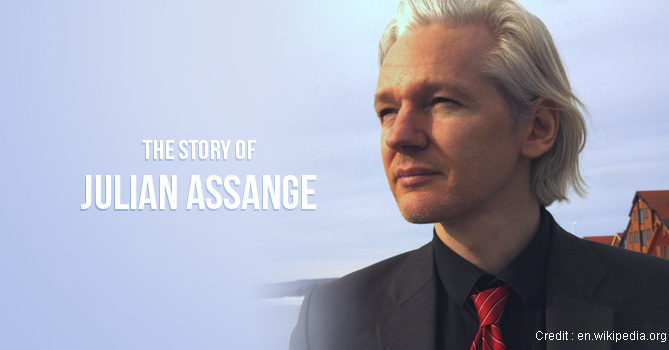 Term it as the failure of the United Nations or arrogance of a few rich and powerful countries, several rulings of the world body and its multiple organs are simply overlooked by those who do not tire in preaching the world about the values of democracy, human rights and rule of law. On February 5, the UN Working Group on Arbitrary Detention (WGAD) gave a ruling that the British and the Swedish governments had arbitrarily deprived WikiLeaks founder Julian Assange of his liberty. The WGDA said that apart from allowing him right of free movement, the WikiLeaks founder should be accorded an enforceable right to compensation and, all this in accordance with article 9(5) of the International Convention of Civil and Political Rights. Such ruling might have brought a smile on the face of Assange and thousands of his supporters. But ironically it is non-binding legal opinion. In that case how Britain and Sweden which often disagree with findings of the WGDA will implement its rulings is in the realm of speculation.

It should be noted that the 44-year-old Australian national has been in British jail for five years, then under house arrest and finally living for more than three years in the London-based Ecuadorian mission. Thus his movement is completely in freeze – a sharp violation of an individual’s rights under accepted international humanitarian law. Britain and Sweden argue that Assange is confined to the Ecuadorian mission on his own wish.

But the Working Group has torn apart such claims saying that constant surveillance is made around the mission and that repeated statements are made by the British government that Assange would be arrested and deported to Sweden if he left the mission. The WikiLeaks founder is facing a charge of raping two women, aged 26 and 31, in Sweden in 2010. In 2011, Interpol issued a Red Corner Notice for his arrest. He surrendered before a court in Westminster and was granted bail after a bond of worth 240,000 pounds was submitted. In 2012, he sought for asylum in Ecuador, through its embassy in London. As he was trying to leave the Ecuadorian embassy, the London police encircled it disallowing him to leave the embassy premises. Britain said that if he left the premises he would be immediately extradited to Sweden to face charges. Assange’s lawyers say that his client is ready to be probed, but they fear that if he is sent to Sweden he would be at the risk of being extradited to the US, where he believes he would face harassment for WikiLeaks disclosures of sensitive information about the US military and diplomatic cables.

In fact, fate of Chelsea Manning, the US soldier who was convicted in July 2013 for leaking information to WikiLeaks, has gripped him in fear. Manning is said to have been allegedly abused in pretrial detention, denied the defense lawyer and sentenced to 35 years in jail. Assange fears he may too meet the same fate if he is extradited by Sweden to the US. Investigation related to espionage of US diplomatic cables is underway for five years. And neither Britain nor Sweden promise Assange that he would not be extradited to the US. Amidst this, the current ruling of WGAD has armed Assange’s supporters to call for the WikiLeaks founder’s safety and physical integrity and ensure the full enjoyment of his rights guaranteed by the international norms. But question is whether Britain or Sweden is ready to comply with the WGDA ruling?  Experts say there is no question of these countries agreeing to the decision of the Working Group because, first of all, it is non-binding and secondly, both countries are close allies of the US. That means the WGDA ruling stands infructuous. In that case, it is assumed that the only person who can allow him to walk free in London is US President Barack Obama. If he grants presidential pardon to Assange, he may come out of the cramped premises of the Ecuadorian embassy and may enjoy his individual rights. But can the US President do it? Would not the move backfire if he takes initiative in this regard, especially when the campaign for the presidential election is on? However, amid layers of questions, an ironical but unsubstantiated truth has surfaced recently. It is said that the two Swedish women who have lodged sexual assault charge against Assange are continuing to be in the WikiLeaks founder’s touch. If it is true then why does not Assange request them to withdraw the rape charge?