Explore World History at the British Museum in London 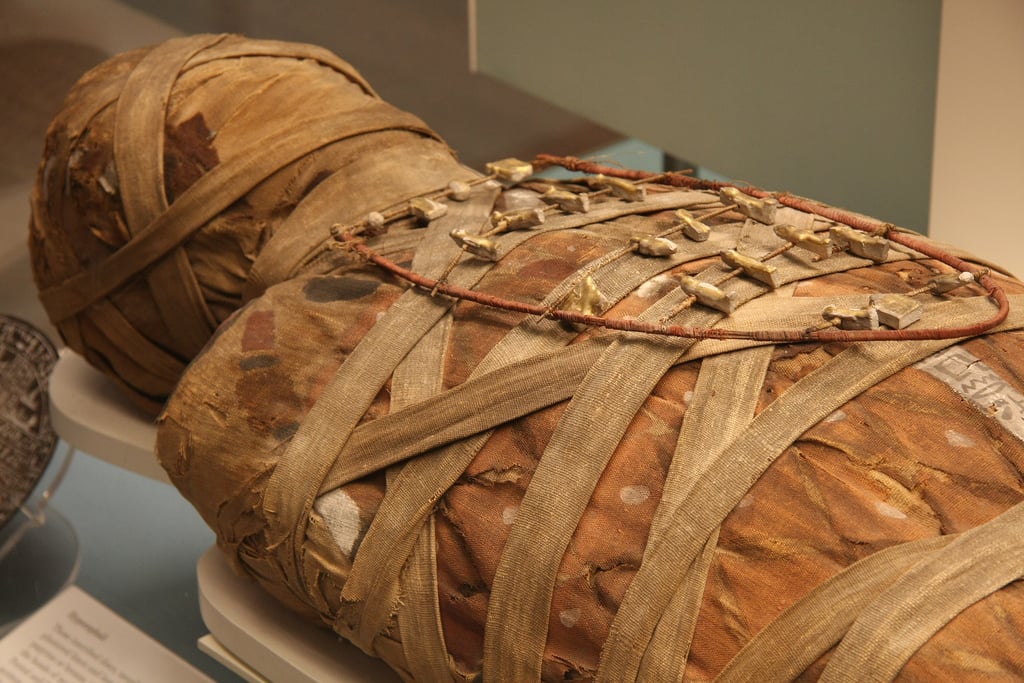 An Egyptian Mummy at the British Museum

The British Museum was established way back in the year 1753 and today it boasts of one of the finest collections of human history and culture. Whether it is the Sloane Astrolabe or the gilded bronze figure of Tara, the British Museum has all these and much more.

You can explore the myths of the Trojan War and even tour some of the finest specimens of glass from the British Museum Collections.

Look at the evolution of the Olympic Games, held between 776 B.C. and AD 395 through a bewildering array of objects. There is also the Faith tour of objects relating to different faiths.

British Museum London - An Array of Historical Objects
Almost all the regions of the world are represented at the British Museum through artifacts belonging to different world regions. The Museum owes a lot to late Sir Hans Sloane, who gifted his collections to the British Museum. The sheer enormity of the objects and artifacts, which is a staggering seven million, vividly illustrates the fascinating evolution of human culture from the earliest prehistoric days to the present. Due to constraints of space, many of the artifacts are preserved underground.

British Museum – A Universal Museum
The British Museum London is actually a universal museum with antiquities from all the continents of the world. Apart from Sir Hans Sloane, another distinguished person, who is regarded as the "second founder" of this colossal museum, is Italian librarian Antonio Pannizi who was instrumental in carrying out large scale extension of the earlier building, thus making the museum more spacious as well as providing much improved facilities to visitors of the Museum.

Undoubtedly, the British Museum is a great institution but there are critics who are of the opinion that artifacts and antiquities from other countries should never be permitted to be displayed or exhibited in a foreign museum. The Museum is facing criticism for not returning two of the museum's most controversial items - the Elgin marbles of Greece and the Benin Bronzes which belong to Nigeria.

Criticism apart, a visit to the British Museum can be an outstanding experience. The architectural marvel that it is, you will bask in the glory of the Grecian facade and the entrance itself is replete with sculptures portraying the Rise of Civilization.

The Duveen gallery which was designed by renowned architect John Russel Pope is impressive. Another equally fascinating place is the globular cast iron Reading Room designed by Sydney Smirke. First time visitors to the Museum are especially attracted by the Elizabeth II Great Court which is a designer canopied square designed by the renowned architectural firm Foster and Partners.

In order to attract visitors to the museum, it has introduced numerous theme tours to the museum. Special interest tours with knowledgeable foreign language guides are also available. Special events like exhibitions, lectures, seminars and symposia are regularly hosted at the British Museum.

Apart from touring the galleries, you would do well to visit the in-house bookshop and souvenir shop where you can buy guidebooks, posters, camera films and stationary items. The Grenville shop even has sculptures, gems and jewelry, silk scarves and ties.

Time permitting, a great way to relax is by stepping in to the Court Restaurant which is strategically located at the magnificent Norman Foster glass roof in the Great Court. The restaurant has a wide variety of recipes, which are complimented by the finest collection of liqueurs and spirits.