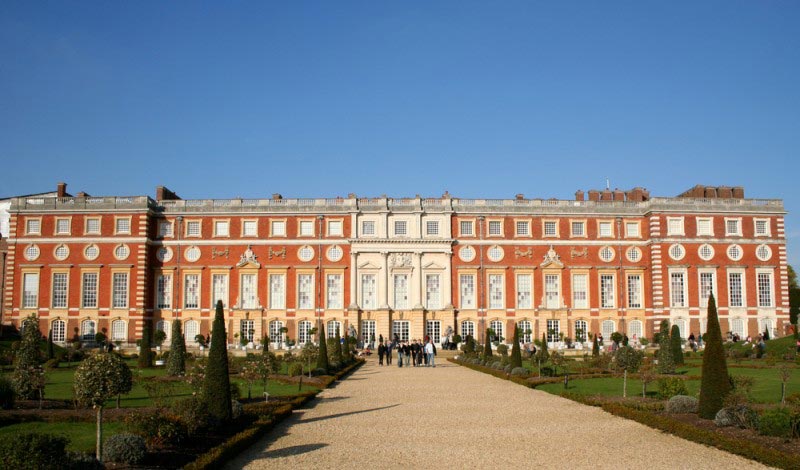 Hampton Court Palace is one of the oldest and of course among the most grandiose palaces in Britain. It has a 500-year-old history and is set in the midst of a sprawling 60 acres of beautifully landscaped garden. The palace is a living testimony of Britain’s hallowed monarchy and is particularly connected to the reign of Henry VIII. Needless to say the Hampton Court Palace is one of the oldest existing Tudor palaces in the whole of Britain. Henry VIII was a charismatic personality and he had six wives, all of whom were residents of the Hampton palace.

And to provide each of his wives with the very best of royal living, Henry VIII dished out a staggering £62,000 for renovation and extension of the palace. Originally the palace premises was an agricultural estate, which later on was converted into a palace of stupendous dimensions.

The king’s apartments are among the most excellent Baroque state apartments in the world while the queen’s apartments are known for their regal décor and intricately designed interiors. Apart from the royal apartments, a visit to Cardinal Wesley’s private quarters can be a very rewarding experience. Not to be missed are the quintessential Tudor kitchens of Hampton Palace. These 16th century kitchens are not only enormous but reveal the realistic face of royal life.

Hampton Court Palace’s collection of artwork is one of the richest private art collections in the world and is the property of Queen Elizabeth II. The very best of 16th, 17th and 18th century artworks are carefully preserved inside the palace. 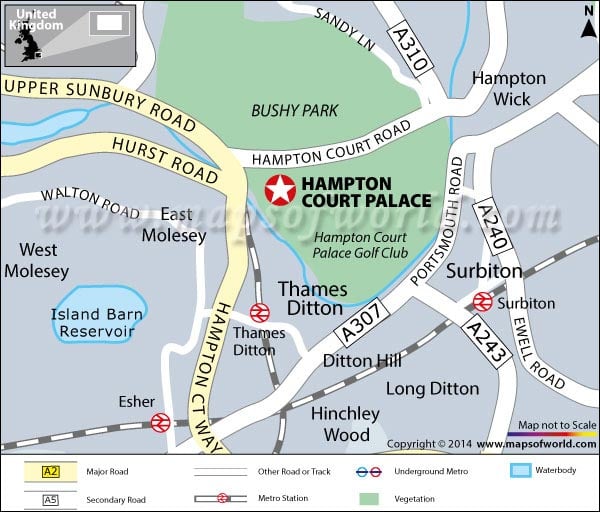 Where is Hampton Court Palace?

The site is situated next to the River Thames to the south west of the city of London. It is possible to visit the site by bus, train, taxi, car, boat, etc.

Hampton Court Palace is open year round except on December 24, 25 and 26. The Palace is open Monday to Sunday. If you happen to visit the palace in the summer months, you should avail the horse carriage trips that take you through the scenic landscaped gardens of the palace, which are considered among the most beautiful gardens in the world.

Nearby attraction: Garrick’s Temple to Shakespeare