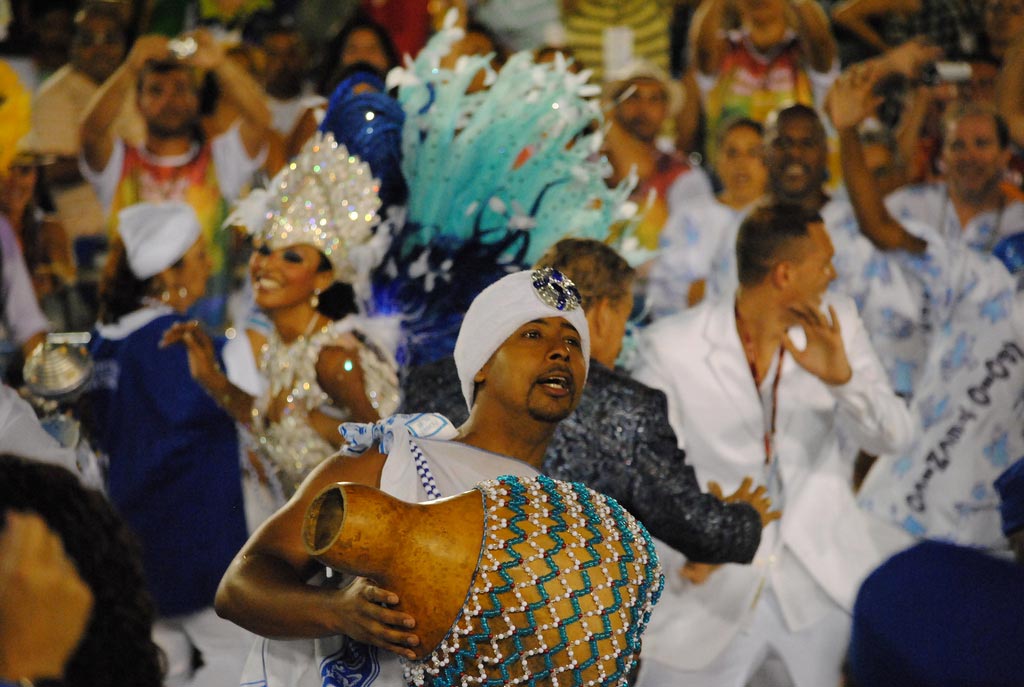 Carnival being Celebrated at Rio de Janeiro in Brazil

Any other festival or celebration seems insignificant when compared with the greatest show on earth – Rio Carnival. Street processions are accompanied by dancers with sincerely elaborated costumes and radiant tableaux. Wear an outlandish costume to get the exciting vibe; feel the frenzy of dance and hip-twitching samba beats, and mingle with the locals for festivities that last throughout the four days (and nights.) It’s when Rio de Janeiro completely shuts down for the ultimate fun fest, and there is no escape from the rhapsody.

The origin of the carnival can be traced back to the Romans and Greeks who honored the god of wine, Dionysus, each year on the arrival of spring. It is held on the day before Ash Wednesday, the first day of Lent, and lasts through a six-week period that ends on Easter.

Things to Do during Rio Carnival

Attend the Opening Ceremony – The Rio Carnival commences with this event where the Carnival King gets crowned by the mayor and is handed the keys to the city.

Partake in Parade – Many Samba schools rehearse and teach the dance to foreign volunteers. Just choose your favorite school, get dressed up, and march with them if you are looking to be a part of the colorful celebrations in the main parade. Lots of dancing, drinking and an overwhelming state of euphoria may lead to unforgettable encounters. The final rehearsal in the Sambodromo (parade area) takes place last Sunday before the Carnival.

Join a Bloco – Blocos are the independent and non-stop street parties happening in the neighborhoods of Rio. Cordao do Bola Preta street parade is the largest bloco in the city and is attended by over 200,000 revelers. To feel the carnival spirit, join any group of people who come from different parts of the world and gather on the streets. The best thing about a bloco is that it is incredibly informal and entirely free.

Experience Carnival Balls – During the nights, one of the most popular event is the Gay Ball. It attracts people of different sexualities wearing flamboyant outfits. Magic Ball at the Copacabana Palace is an exclusive party for elites and celebrities across the globe. Black Beads in Rio Scala attracts thousands of revelers wearing black and white polka dotted costumes and marching down the streets.

Explore Rio de Janeiro – Bask in the warmth of Copacabana and Ipanema beach, climb the Pedra da Gávea, make new friends while exploring the local culture, hang out in Lapa for buzzing nightlife, or visit one of the new seven wonders of the world – Christ the Redeemer.

The Carnival will last from February 24-28. Please refer the official site for details on booking tickets and other arrangements.

The carnival takes place in Rio de Janeiro, the second-largest city in Brazil located in the southern part of the country.

By Air – Rio de Janeiro–Galeão International Airport is the international gateway for travelers. It is located 20 km north from downtown Rio and is served by the airlines of the Americas and Europe. From airport, Premium buses, BRT Transcarioca buses, and cabs are easily available to reach Rio.

By Train – Central do Brasil is Rio de Janeiro’s central railway station. Additionally, the city has two subway lines with 35 stations and several other SuperVia commuter rail lines. During the carnival, the Metrô Rio provides round-the-clock services. You can also opt for Santa Teresa Tram, a heritage tramway system, to explore the heart of the Rio de Janeiro.

Espetinhos, Queijo coalho, Tapioca, Yakisoba, and Caipirinhas are mouth-watering street food and cocktails that you must try while you’re partying on the streets. Restaurante Térèze, Aprazível, Casa da Suiça, Confeitaria Colombo, Pérgula, and Le Pré Catalan are some of the best fine-dining restaurants in the city.

Since the celebrations begin 40 days before Easter, that’s the latest by when visitors should look to arrive in Brazil.