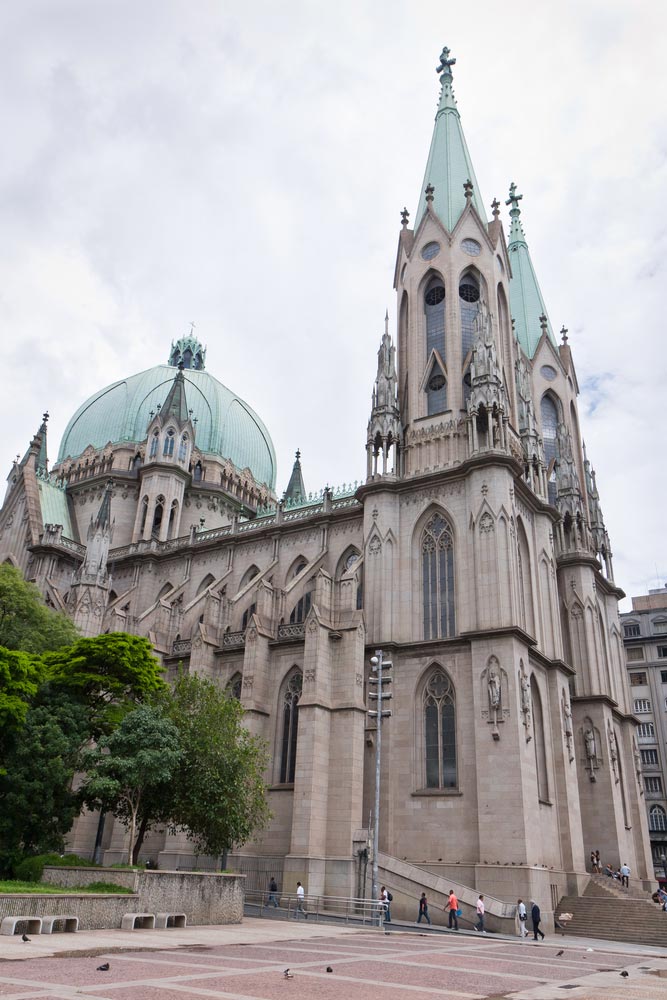 Constructed in the Gothic style, the Sao Paulo Cathedral, with its tall towers, makes the onlookers realize the greatness of God. The architecture of the Sao Paulo Cathedral has a theological symbolism. The walls of the church represent a spiritual foundation, while the pillars signify the saints, and the arches are the paths to God.

The dwellers of the small hamlet of São Paulo do Campo vied with the Jesuits permission of royal power to construct a parish church in 1588. But, the permit was received after three years, in 1591. The then Archbishop Dom Duarte Leopoldo e Silva initiated the construction of the cathedral in 1912. Don Carlos de Vasconcellos Carmelo Motta, a Catholic priest, opened the cathedral for public access on 1954, on the 400th anniversary of the city. The cathedral took time to complete because of the outbreak of the two World Wars and the lack of funds that interrupted the import of building materials.

The Sao Paulo Cathedral, with the capacity to seat 8,000 people, is the main and the largest church of the city. The cathedral was closed for three years, from 1999 to 2002, for restoration. The restoration wasn’t performed on the original design of the building.

As you enter the cathedral, you will see stone carvings of cocoa, grapes, and wheat just above the door. The evangelical scenes and figures of native animals are seen throughout the church. The largest church organ of South America, featuring Gothic style is installed in the cathedral. Equipped with 61 bells, out of which 35 actuated electronically, the bell towers of the cathedral are one of the largest in Brazil. The sculptures by Franz Leopold are placed in the crypt, which is also home to the tombs of the chief Tibiriçá, the first citizen of Piratininga, and Father Feijoo, Regent of the Empire. There are about 30 sepulchers in the crypt.

Buy souvenirs at the Bazar, a mini store located in the premises of the cathedral. The shop sells Keychains, mugs, rosaries, etc.

Some of the places that you must visit on your tour of Sao Paulo are the Julio Prestes Station, the Copan Building, and the Monastery of Light. 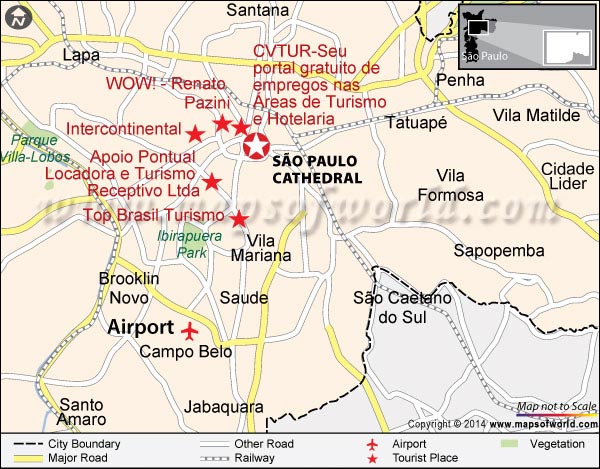 Where is Sao Paulo Cathedral?

The São Paulo Cathedral is located in the city center of Sao Paulo, Brazil.

How to get to Sao Paulo Cathedral

The Congonhas-Sao Paulo Airport, the nearby airport, is located at a distance of about 10.7 km from the cathedral (via Corredor Norte-Sul route). You can also reach the cathedral via metro subway. The closest station is the Se Metro Station at Line 1 – Blue & Line 3 – Red.

The best time to visit Brazil is during December through March, when the weather is warm. Plan your tour of the cathedral during that time only.

What are the timings for the Mass?