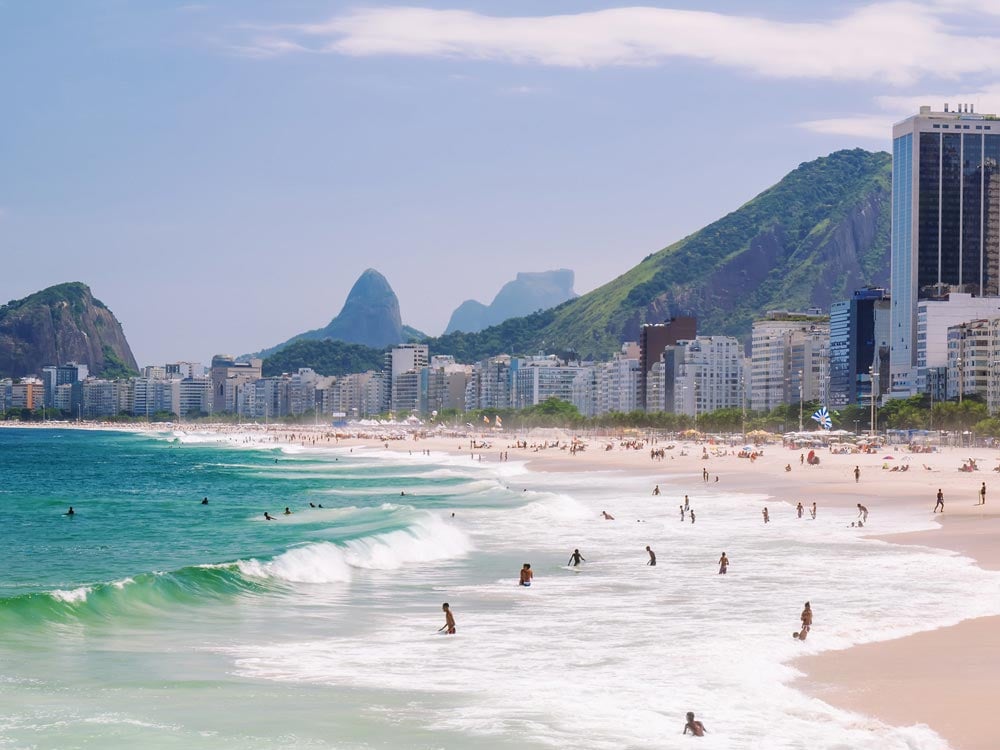 Copacabana Beach is one of the popular tourist attractions in Rio De Janeiro, Brazil. Rio is known for its extravagant carnivals and excellent beaches. The origin of the name of Copacabana is Bolivian. Many historians trace the name to the 17th century picture of Our Virgin Lady of Copacabana. The image was brought by the Portuguese from a village around Lake Titicaca and installed in a chapel. The chapel was later demolished and Forte de Copacabana was constructed on the site.

Till the late 19th century Copacabana, Rio De Janeiro, was a fishermen’s village with sand dunes. It started to grow after the opening of the Tunel Velho which connected the downtown area of the city with Botafogo. Another major turning point in its history came with the opening of Avenue Atlantica along the beach. With the opening of the Copacabana Palace Hotel in 1923, Copacabana became a place for glamor and romance. You will see a number of buildings of the Neoclassical and Art-Nouveau architectural styles here.

Copacabana is one of the most eclectic neighborhoods of the city of Rio De Janeiro. The area has a number of bars and restaurants which are a lovely place to spend a lazy evening. The beach of Copacabana stretches from Avenida Princesa Isabel to Copacabana Fortress. The beach is a popular place for sunbathing and in summer international championships of volleyball, beach soccer and other sports are conducted here.

Due to its popularity as a most picked tourist destination, the Copacabana beach has a high concentration of world-class hotels.

Check out >>  Top things to do in Rio de Janeiro 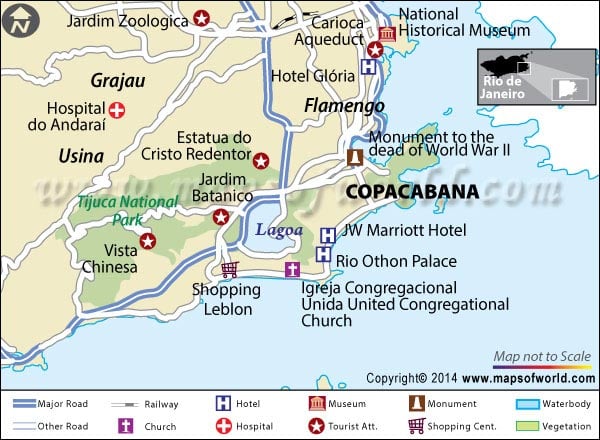 Where is Copacabana Beach?

The spring season from September through October is a perfect time to visit Copacabana. The humidity level is low and there are a few rainy days.