Facts about Big Ben in London 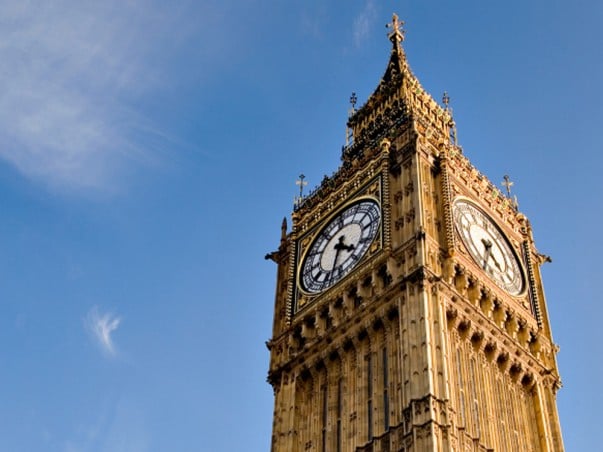 Big Ben is a large bell inside the Clock Tower on the northern side of the Palace of Westminster.

A prominent icon of London and the United Kingdom, Big Ben is a large bell inside the Clock Tower on the northern side of the Palace of Westminster. This Palace is common to everyone as the British Houses of Parliament. Owing to the popularity of the Clock Tower and its chimes, citizens associate the name ‘Big Ben’ with not just the bell or the clock, but with the whole tower. Officially though, the Clock Tower got a name change on the occasion of the present Queen’s Diamond Jubilee celebration in 2012; and is now called Elizabeth Tower.

Recognized among the largest free-standing clock towers, the Big Ben ‘Tower’ is considered as the largest four-faced chiming one in the world.

The Big Ben Tower was built in the place where a part of the Palace of Westminster got burnt due to an accidental fire in 1860. To rebuild the destroyed portion, the government held a design contest, in which British architect, Charles Barry was selected over 96 others. The Clock Tower was not there, though, in his initial designs. He incorporated them later with help from another architect, Augustus Pugin.

As for the clock, the credit goes to more than one person. The Queen’s Clockmaker, Benjamin Lewis Vuillamy was the first to start designing the clock. Then came Edward John Dent, who with the help of an amateur clockmaker (and professional lawyer) Edmund Beckett Denison, designed and planned a clock that met the high standards of clock-making referee, Sir George Airy. Finally, 1859 was the year when the great clock of the Big Ben was installed. It works perfectly and has a precision to within a second.

The Great Bell or the actual Big Ben was first cast in 1856. It weighed 16 tons and due to its weight it cracked in the testing stage. Big Ben was again cast (by another company, as the first company charged an exorbitant rate to recast the bell). This time, it weighed 13.5 tons and was so large that it couldn’t be fitted in the tower. A winching technique was then used to fit the bell, and it was successfully hung in the tower in 1859. Later, though, a few cracks were noticed. This time, the bell was not recast. Several other smart options were used, like turning the bell and using a lighter hammer, to keep the bell at work. This, you may say, gives the Big Ben’s hourly rings a distinctive sound.

Have you ever wondered how the name, Big Ben came to be used for this distinctive clock tower in London? There are various theories to explain from where Big Ben was derived. One of them is from Benjamin Hall, who was a very tall politician in those days in Britain. He was an engineer too, and the First Commissioner of Works during whose tenure the bell was cast for the first time. Another theory says it is named after Benjamin Caunt, a heavy weight professional boxer who during those days had won several boxing matches and was in the news. Anyhow, although the Big Ben has several alternative names, including Big Tom, The Great Westminster Clock, Clock Tower, and the most recent Elizabeth Tower, people all around the world still know it by the Big Ben.

If you are around Big Ben for over an hour, you can hear a number of chimes and rings. The Big Ben has one main huge bell, which is the actual Big Ben or the Great Bell of Westminster, and four small bells. The Great Bell rings once every hour, and the four small bells chime every 15 minutes (i.e. every quarter).

Know more about the location and history of Big Ben, visit  The Big Ben, London