Sri Lanka, an Island, is in neighborhood of India and the Maldives. It is bordered by the Indian Ocean, Palk Strait and Gulf of Mannar. 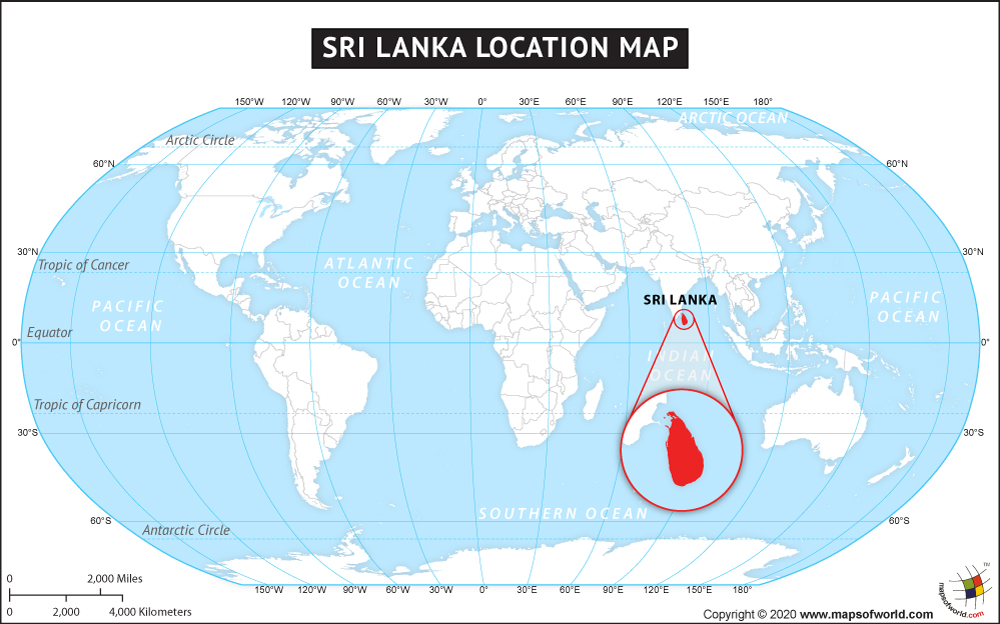 Description : Map showing Where is Sri Lanka located in the World.
0
FacebookTwitterEmail

Sri Lanka is an island nation located off the southern coast of India in South Asia. Sri Lanka is bordered by the Indian Ocean, the Gulf of Mannar in the Laccadive Sea, and the Palk Strait, which separates Sri Lanka from India.

Sri Lanka is situated to the southwest of the Bay of Bengal. As an island nation, Sri Lanka does not share land borders, but does have maritime borders with India.

Sri Lanka has a total area of about 65,610 square kilometers (or about 25,332 square miles), and a population of over 20 million. The terrain in Sri Lanka is mostly coastal plains, with some mountains in the south. Sri Lanka has nine provinces that serve as governing bodies of the country. The capital of Sri Lanka is Sri Jayawardenepura Kotte, which is sometimes simply called Kotte. Kotte is a suburb of the largest city in Sri Lanka, which is Colombo. Other major cities in Sri Lanka include Dehiwala, Moratuwa, and Negombo.

The neighboring countries of Sri Lanka are :