Slovenia is located in Europe and the country attained independence from Yugoslavia on 25th June 1991. Slovenia follows parliamentary republic form of government. In the political map of Slovenia, the… 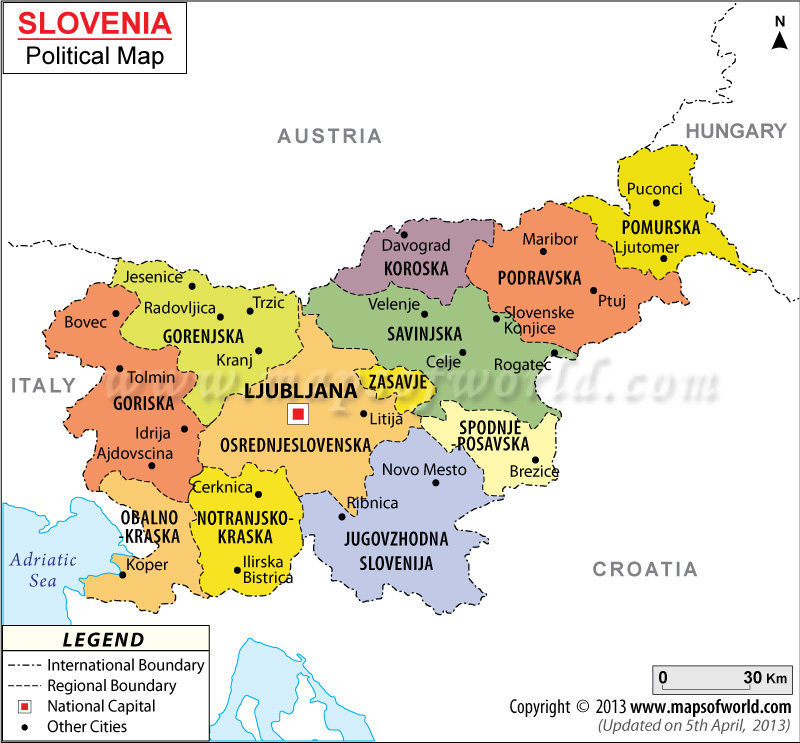 Slovenia is located in Europe and the country attained independence from Yugoslavia on 25th June 1991. Slovenia follows parliamentary republic form of government. In the political map of Slovenia, the national capital, municipalities have been highlighted by using symbols, which are explained in the legend box below the map.

Slovenia is a Central European country. The geographic coordinates of Slovenia are 46° 7′ North latitude and 14° 49′ East longitude. Officially, Slovenia is also known as Republic of Slovenia. The country covers an area of 20,273 square kilometers. The population of Slovenia according to the estimate of July 2007 was 2,009,245. The residents of the country are known as Slovenians.

Some of the neighboring cities of Ljubljana are: